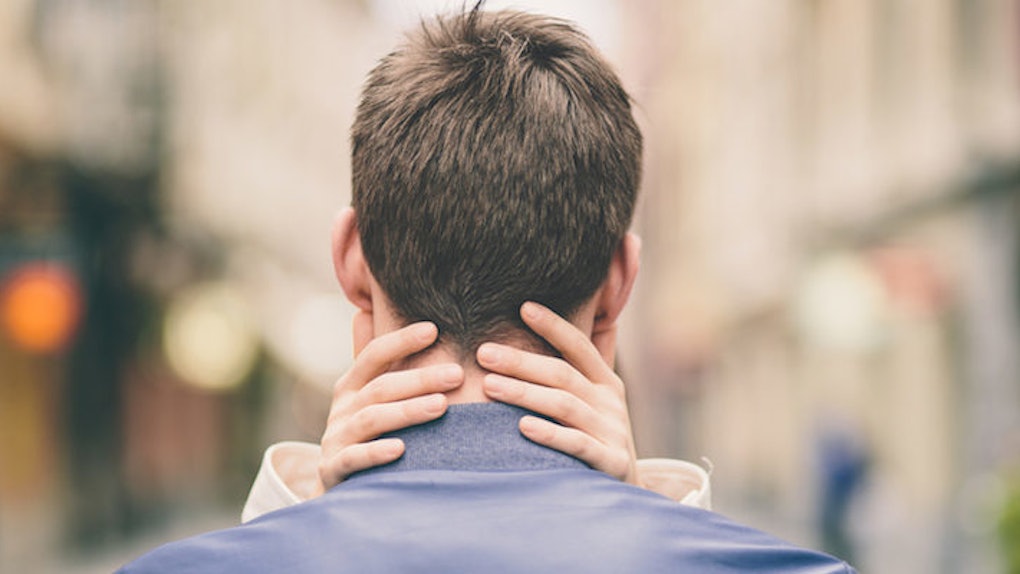 Is It Still Considered Cheating If He's In A Green Card Marriage?

I recently found myself spending the night in a married man's bed. His wife was in the next room.

Before you get out your pitchforks and scarlet letters, there is a green card explanation. He married his long-time roommate and friend so that she could have citizenship. She is originally from Ireland.

I've seen their hurt, and I don't want it. I want to scream from any mountain top available. Once a cheater, always a cheater. But nine times out of 10, they end up back with said cheater at least once -- if not twice -- more.

The said cheater -- or married man, in my case -- has also been an on again, off again figure in my life for the past year or so. We met at the restaurant where we both worked.

He was a bartender. I was a hostess. So it was a fairytale love affair from the get-go.

We have never been official, but we have been intimate. We fall out of each other's lives, and then we pick right back up again months later.

So, when the green card man texted me a few weeks ago asking to get drinks, I figured, "Why not?" I was getting off work early, I felt like drinking and he's cute. What else do you need in the recipe for romance?

When I met up with him, we said "hi." It was casual, like it always is. Then, we left the bar.

As we were walking on Essex Street, he casually turned to me and said, “Did I tell you I'm married?” So many things rushed through my head. It was too much to really say anything, so I played it cool.

I think I might have even said the word "cool." Cool? Really?

Needless to say, I did not end the date at that moment. We went to a few more bars, including the one where his wife was working. So yes, I met his wife on this date. Cool.

I was relatively tipsy at this point, and closer to his place in Brooklyn than mine in Manhattan. So I went home with him.

I spent the night in his bed. I saw her straightener and makeup in the bathroom.

I imagined them sitting together in the morning, drinking coffee on the Ikea couch. Maybe she makes him breakfast, too? I was in a bizarre bubble.

I so obviously was the other woman. But was I really?

I don't know the parameters of their relationship. It seemed like it was an open one. However, I still had this bad feeling I was doing something wrong.

The next morning, slightly more clear-headed, I said my goodbyes, picked up my things and left his -- or rather, their -- apartment. It wasn't until I was on the subway that I really thought about it.

Was it really cool that he is technically married and I spent the night? Or was it wrong? Wasn't he cheating?

A marriage is a marriage, plain and simple. I was raised Catholic, so I know what that phrase means. I felt like I was in a moral dilemma as the L train brought me back home.

I still don't really have an answer, expect maybe the fact that anything flies in New York City. That's especially the case when it comes to the dating world. Or perhaps it is about moral relativity.

You have a dating life that is akin to the subway train you are most comfortable using. There's no need to consult your mom, your best friend or the still intoxicated stranger sitting next to you on the train.

Maybe there is no universal answer, but I am pretty positive I won't be hanging out with him again. I guess, in a way, his green card marriage put a nail in the casual hook-up relationship I was hoping to find in him.

I'm sure there's a dating app out there for people in green card marriages. He'll be just fine.

I, on the other hand, will stick to the single, yet emotionally unavailable men New York has to offer. Or I'll join a convent. The future is still unclear for now.