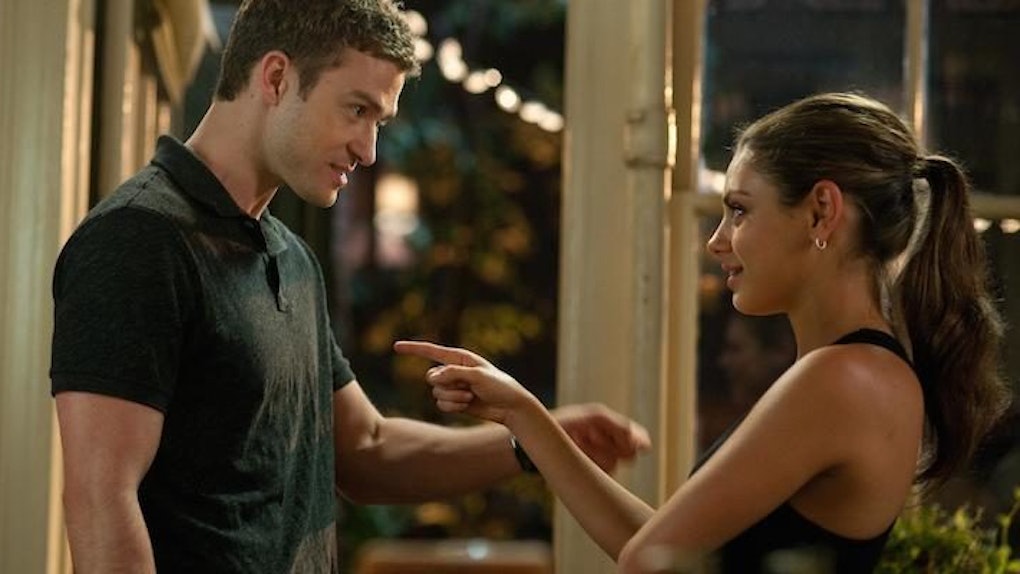 I'm sure whoever came up with the saying "That's what friends are for" did not intend for it to be used in such a suggestive way.

Personally, I don't think you should ever sleep with someone who was your friend first. I'm sorry, but that's just a level of discomfort I'm not willing to tolerate.

Besides, you're essentially risking your friendship over a one-night stand (or two) with your so-called friend, which is never really worth it.

In case you needed more convincing, let's look into four more reasons why you should roll out of your friend's bed, grab your clothes and never do the unthinkable again:

I've never had sex with any of my friends before, and it's not because I'm an actual human being with morals and dignity or anything.

It's because I know that with just about every sexual encounter, there's almost always going to be an emotional attachment.

This was the case with two of my closest friends.

Whether it was motivated by boredom, or it was a drunken excuse to get themselves off, whatever unholy event they took part in that night led to the fall of our Destiny's Child dynamic.

While one was pretty vivid about what happened that night, the other was in complete denial. (Isn't that how these stories usually go?)

Moral of the story: If you're not emotionally ready to engage in that sort of activity (you're not), then zip up your pants, go home and pat yourself on the back for being a good friend.

2. It jeopardizes your trust.

I think it's pretty safe to say there is a much larger possibility of betrayal between friends who've had sex with each other.

Even though there are unspoken codes between friends about not spilling secrets or gossip, that can easily be compromised when one decides to terminate these sexual escapades.

Unfortunately, it's this sort of typical "breakup" that leads to feelings of inadequacy. This results in bad-mouthing or sharing private details about the other's life out of spite.

It's about as inevitable as it is harsh.

But, it's a common consequence of having sex with someone who knew too much about your private life from the very beginning.

In case you needed a refresher, you're sleeping with someone who knows everything about you.

This person has intel, and you've just invited him or her into your bed, which was probably the only haven for privacy you had left.

So really, how can you be content with having a relationship like this, with someone who is just as involved in your public life as he or she is in your private?

As any good friend knows, there is a certain level of respect that is understood when it comes to privacy.

You both need room to breathe, think and keep to yourself, which is hardly possible when you know the person sleeping next to you on Monday night is the very same person you'll most likely see again the next day.

You may think it's a good thing you're spending so much time together, but just wait until it finally suffocates you.

You'll eventually come to your senses.

You'll crawl out of his or her bed in the middle of the night and catch a glimpse of yourself in the bathroom mirror. You'll say it doesn't change anything, and things will go back to normal.

But, you know that isn't true.

Group outings will get progressively awkward, and those memories will make their way back around like a bad headache.

You won't realize it immediately, but you'll become surprisingly more guarded when he or she comes around.

Of course, this doesn't mean the friendship is coming to an end. But no matter how hard you try, it will never be the same.