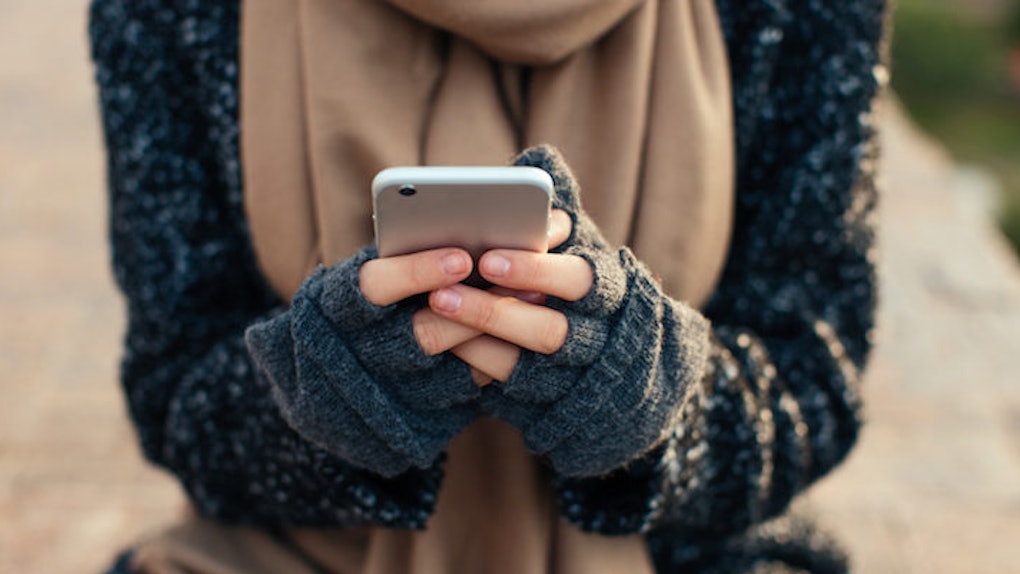 Free Dating Apps Will Always Be Better Than Paid Sites, 5 Reasons Why

Being single for the holidays isn't exactly ideal.

If you're single you'll be fine, I promise, but there's a reason why dating apps notice a huge spike in their metrics when the holidays roll around.

It's nice to have someone to go on dates with during the holidays, especially since there are so many romantic couple activities to choose from.

There are countless dating apps, but there are only a few good ones I'd actually recommend to a newly single friend looking for a winter (or forever) boyfriend.

Here are five reasons why using a free dating app is better than a paid site:

I've been using Happn for a while now. It's free, easy to use and all of the most eligible bachelors in my neighborhood are on it.

I quickly figured out the great guys using free dating apps are also using the paid sites. I know this because I've either seen them on a paid site, or because I've asked out of curiosity.

So what does this mean?

It means people who use paid dating sites are also using the free ones, so you don't need to spend money to meet them.

Compare the dating search to a CEO looking for an assistant. Sure, the CEO might fork out $150 to place an ad on a highly reputable job board, but they'll probably also post a free ad on Craigslist as well. Because, why not?

You never know which site your perfect candidate will be searching on, and you can't predict where you might find that perfect someone, so it's best to cover all your bases.

2. The pool of singles is significantly bigger when you use free apps.

The law of averages applies to dating in a major way.

The more men you go out with, the more you can weed out until you find "the one."

It goes without saying that free and popular dating apps are going to gift you with a bigger pool of men, allowing the law of averages to work their magic.

Paid dating sites don't have that big of a user pool -- most people don't see the point of spending money on something when a free option exists.

3. Free apps have a smarter, more modern concept than paid ones.

I've definitely noticed the free dating sites are better and smarter than the paid ones.

Happn, for example, introduces you to singles you've crossed paths with in real life, so you can meet singles who work or live in your area.

It's a super clever and modernized concept of online dating. Paid dating sites aren't as smart.

This could be because the paid sites are attempting to take the whole process more seriously, but that results in their concept being too formal and dated.

The free apps are keeping up with the times and cater more to our demographic, paid sites cater to an older one.

You won't necessarily know if online dating is right for you unless you experiment with it for a while.

Dating is a totally a numbers game.

You shouldn't be spending money to experiment, and the free apps allow you to try it out, meet a bunch of people and see what (and who) is right for you.

A paid dating site is sort of like a last resort you'll probably never need to try because you'll most likely meet your person on a free app first.

5. You'll have more money for Starbucks.

Us ladies have enough dating-related expenses as is.

We buy date outfits and get our hair and nails done before the date.

Don't spend $25 a month on a membership for a dating website when you clearly don't need to.

Free dating apps are better and cater more to Millennials than paid sites do, so spend that $25 on peppermint mochas instead.