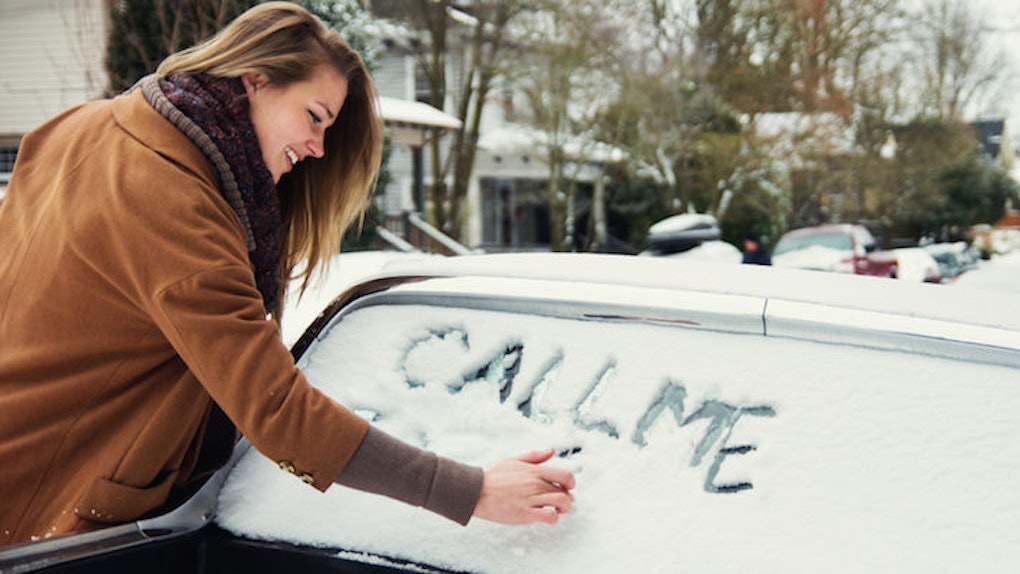 Most Guys Are Into Girls Who Make The First Move

You're pretty sure the guy currently sitting across the bar from you is your soulmate, but there's just one problem: You're also pretty sure he has little to no idea you exist.

What the EFF are you supposed to do? Just sit around and let what could potentially be the greatest romance of your life slip away from under you just because he's too dumb to realize who you are?!

Why am I so gung-ho about this first move thing? A new study of 891 single men, conducted by dating website Cupid.com, found that 87 percent of men would give a woman they weren't otherwise interested in a chance if she made the first move.

87 percent of men would give a woman they weren't otherwise interested in a chance if she made a move.

In other words, you've got huge chance of AT LEAST scoring a date with this hard-to-get crush of yours by just doing SOMETHING to let him know you're interested.

I know that "something" is where things get complicated here. Like, WTF are you supposed to do to let this guy who's essentially a stranger know you're into him without looking like a totally pathetic creepy stranger?!

Seriously, I wrote an article a while back on how guys like to be approached by girls at bars, and the results were all pretty consistent. Literally you walking up to him and doing anything short of grabbing his wiener right then and there should pique his interest in a good way.

So next time you're freaking out about whether or not you should just buck up and make the first move, just remember that 90 percent of guys would be totally into it.

Heck, 74 percent of them are just sitting around waiting for you to make it!