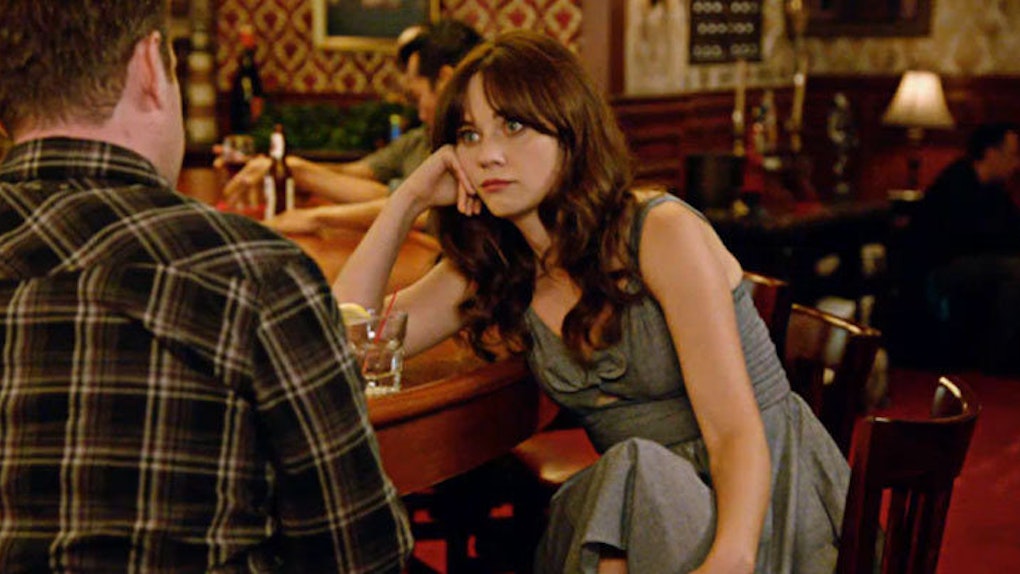 Should I Break Up With Him If There's No Chemistry?

On paper, he's the perfect guy: handsome, stable career, is clearly into you, loves his family and yet you sit there, questioning your feelings toward him.

Maybe it's all the Disney movies and Nora Ephron novels, or the completely unrealistic romantic movies we've all watched over the years that led us to believe there has to be a "spark" for a relationship to last.

We've been programmed to believe that unless there's chemistry, the relationship is doomed. We expect to feel whisked off our feet from the very beginning.

What we think we want may not be what we need.

By believing in all the cliches that have been etched into our minds, we may let some guys go too early because they lack a fictional je ne sais quoi.

What we think we want may not be what we need.

We really may need that imperfect guy, the one who doesn't match a single thing on your dream list.

He may very well be the opposite of absolutely everything you imagined in your future love. He may not be a doctor or an athlete. He may not be the most vulnerable or emotionally expressive human.

He might not have baby blues, or be tall, dark and handsome. He may not be the grand romantic gesture guy or remember the little things. He may not be anything like what you think you want, he could just be the guy you need.

Chemistry is complicated, both in school and in love. But there are a few ways to build chemistry in a relationship.

Exercising together releases those feel-good endorphins, resulting in more excitement about doing the dirty.

Exercise is also known to boost your self-esteem, allowing both people to be more comfortable around one another. So go rock climbing on your next date and see if you feel any different about your guy.

2. Imagine you don't have him yet.

Being hard to get is a powerful feeling, the perceived obstacle is sexy. We always want what we can't have, like that slice of cake we've decided was not in our January diet plan.

So if your date is too nice and available, try to imagine that there is something standing between the two of you. Suggest he do a boys' weekend trip and send yearning texts when you begin to miss him.

It might just do the trick to give yourself some space and time to miss him for the elusive spark to appear.

3. Make fantasies work in your favor.

It's completely common to be dating a great guy, but be sexually turned on by all the bad boys. That doesn't mean you can't at least mentally picture yourself with a Ryan Atwood if you're dating a Seth Cohen.

Let your fantasies about being tied up run free. Don't feel guilty about your sexual fantasies. If you are choosing to be intimate with a guy, it's perfectly normal to let your mind wander elsewhere, even to other guys.

If you've fooled around at your place and it felt like kissing your brother, try his place to see if the results are any better. The change in scenery may ignite something inside you both that wasn't there before.

There obviously comes a point when we should just stop forcing someone that isn't going to happen. Let's not dismiss guys after the first date that lacked chemistry.

Allow yourself the time to let it evolve and develop. However, there is a line between giving a guy a chance and hanging on too long.

If after five to six intimate dates, you still feel like your making out with your best guy friend, or worse, your brother, you have my permission to move on.