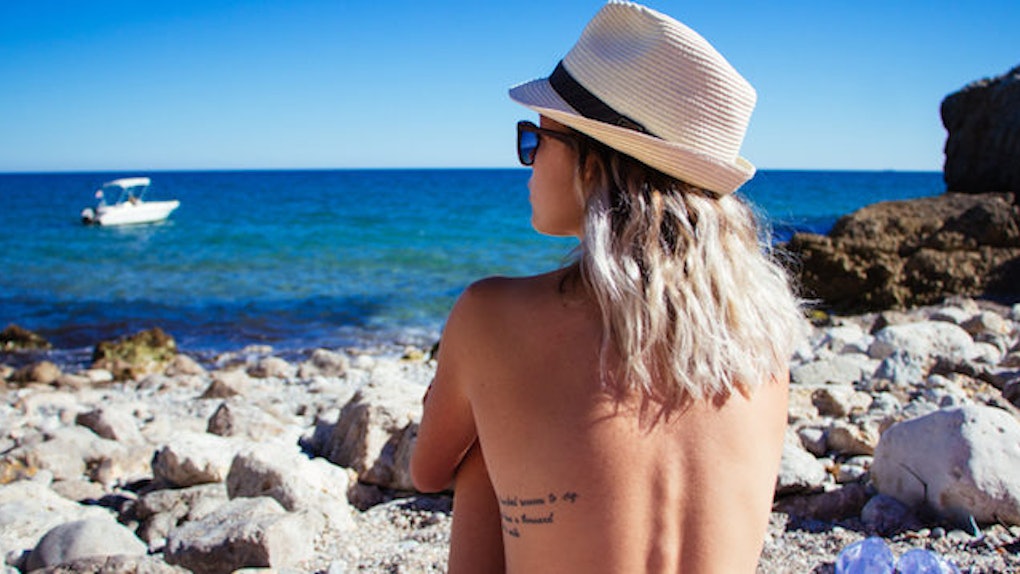 Why You Shouldn't Try To Figure Out Why Your Breakup Happened

Have you ever been dumped out of nowhere by your partner?

It's like having an earth-shattering LOVE BOMB unexpectedly dropped in your living room on an otherwise peaceful day.

It leaves you feeling blindsided, shot in the the depths of your gut and confused as fuck. You're consumed with just wanting to know what happened.

"What happened? Everything was fine? Where did things go wrong?!" my close friend Riley cried to me over the phone a few months back.

I didn't know what to say to her. What can you possibly say to a person who has ever-so-suddenly had the floorboards pulled out from beneath their innocently skipping feet?

You didn't get the chance to offer the relationship alternative methods of healing — methods that could've saved its life! You were robbed of the opportunity to process the relationship fading into nothingness.

That's a big pill to swallow.

I've been there. And, like Riley, all I wanted was answers. I spent every waking moment trying to breakdown what went wrong in my breakup.

"I think I let myself go," I said to my friend Owen, staring wistfully out the window of his apartment.

"I let the sex life go. I should've bought lingerie. I should've tried harder to keep things hot," I said to my friend Ruba, sucking back my ninth glass of wine as tears streamed down my bloated face.

"I wasn't a good girlfriend. I didn't make her feel appreciated," I said to my therapist, digging my nails into my thighs.

Your relationship didn't slowly slip between your fingers. It was violently ripped away.

I spent months trying to figure out what happened in my breakup. I spent hundreds of dollars on intuitive readers, psychics, books, crystals, gurus and whatever other new-age trend I thought could give me answer.

One night, I fell asleep, wine whirling through my heartbroken head, and I had a dream I was talking to myself.

I was sitting in a bougie, first-class section of an old-fashioned train. It was flying rapidly through New York City, the graffiti-ridden buildings reduced to one colorful blur.

The girl sitting next to me was wearing a black blazer, and her hair was wild. I looked at the girl, and the girl was me.

It was too intense to look myself in the face, so I stared out the train window as the concrete jungle of New York turned into the New Jersey country side. I didn't dare look her way, but I listened to her speak.

"You need to stop worrying about what went wrong. It doesn't matter."

"Of course it matters. I fucked the relationship up. I'm sure of it."

"Maybe you did. Maybe you didn't. The fact is, the relationship is over. Shift your focus now. Because this whole thing is just one giant distraction from your real problem."

The train was slowing down. There was a field of great yellow sunflowers, which were as beautiful as they were trippy. Sort of like "Alice in Wonderland."

"What's my problem?" I asked. The train was coming to a stop, and I started to panic. The train stopping meant I would be stuck in stillness with myself.

It was one of those dreams that haunts you throughout the entire day. As I worked the day away, my subconscious processed the dream. And by the time I braved on the 2-mile winter walk home, I understood what my dream meant.

I understood it didn't matter what happened in my breakup.

You'll never know what went wrong. But you do need to know yourself.

Who knows what kind of darkness was swishing through my ex's brain? Who knows if she simply stopped being physically attracted to me?

Who knows if she had some kind of breakdown and needed to get out of our complicated dynamic? Even if I did unearth the answer, what would that solve?

And since I would never know, the only thing I could do was focus on filling the empty spaces she had left in my heart by myself.

You can't retrace the steps you've taken in your life and create a new path. What's done is done.

The important thing to do is to hone your energy into yourself during a breakup. You have all of this fresh space now — space you're used to having filled by another person. That's why you feel so vacant.

Don't ask yourself what went wrong in your relationship. Ask yourself if you're truly happy.

These are the answers that will fill the gaping voids in your heart. And you know what the most beautiful, empowering part of it all is? No one can rip these answers away from you. Because they're your answers.

They're not dependent on another person's fleeting mind. They're dependent on you, and that's pretty fucking cool.

If you ever need breakup advice, please reach out to me privately on Facebook. I'm your lesbian big sister, and we'll get through this heartbreak together, baby.