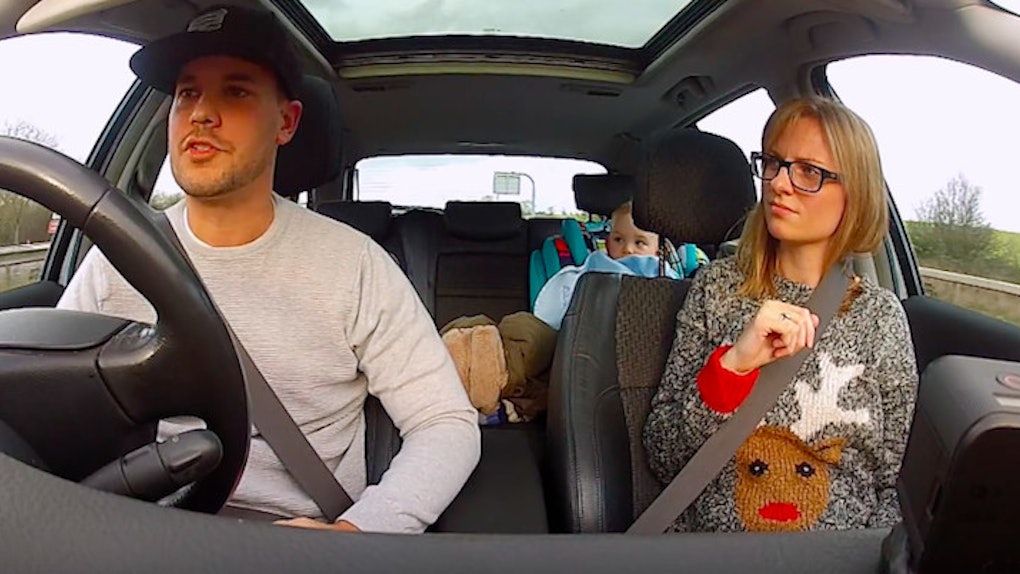 Woman Curses At Her Future Fiancé During His Rap Proposal

Elaborate wedding proposals come in all shapes and sizes. While some may opt for a basic, down-on-one-knee proposal, other men coordinate vivacious flash mobs that blow everyone's minds.

For Jorge Calado, his well-prepared love rap almost ended with him being single again.

The UK native was driving with his now fiancée Samantha Ward a few days before Christmas, when he decided to crank up the radio and belt out his original love song, which he worked on for about a year, as a way of popping the question, according to 7 News.

Though it was filled with cute lyrics that represented Jorge and Samantha's relationship, she's not much of a rap aficionado apparently.

In a video from a camera on the dashboard of the car, you can see Samantha giving Jorge the dirtiest of looks during the entire proposal.

To be honest, it kind of looks like she'd much rather jump head first out of the moving vehicle than listen to another second of his voice.

After attempting to shut off the radio several times, she squirms away as he tries to touch her hand and exclaims, "Don't be a fucking dick!"

You really can't get much more romantic than that.

It's not until halfway into Jorge's loving tune that Samantha actually starts to acknowledge what the song is about (and to stop with the bad attitude).

Her grumpy frown quickly turns into a cheesy grin, and before you know it, she turned into a soppy mess with tears rolling down her face. And she said yes!

If she hadn't said yes, this would have been a very different video. That car totally would've veered off the road.

This may not be the best proposal video in the entire world, but serious credit goes to Jorge for composing such a "cute" track... even though he probably could have used a little T-Pain-inspired autotune.