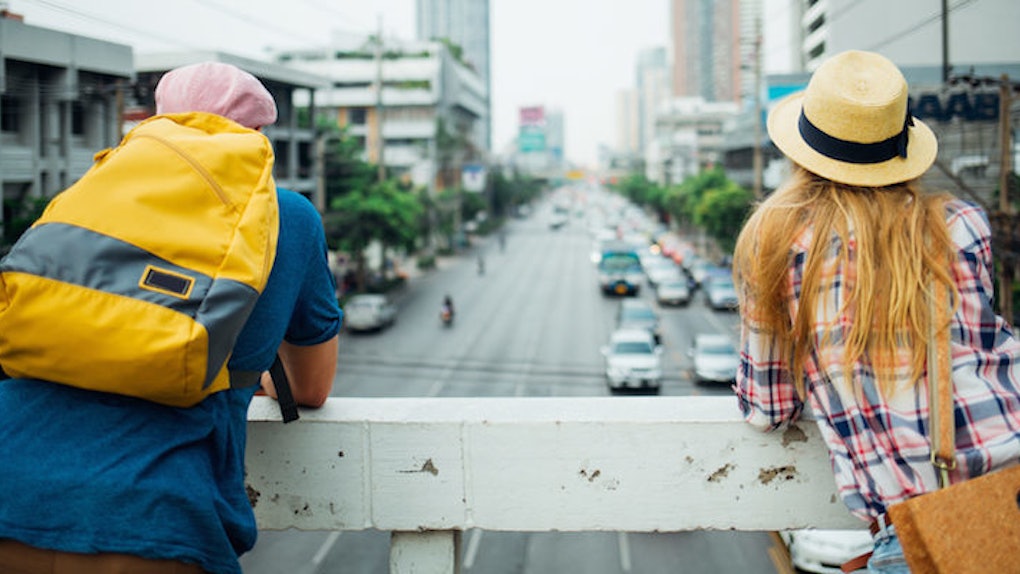 F*ckboys Are International: 6 Types Of Guys You'll Fall For When Abroad

We all know the all-American f*ckboy. He's the guy who waltzes around sporting Nike socks, “mandals” and basketball shorts, his fraternity theme song is playing on repeat in his head and he's clad with a wad of condoms tucked into his back pocket.

There's also a less obvious version of the all-American f*ckboy. He's the tall, handsome guy sporting perfectly pressed jeans, a Vineyard Vines button-down and a sweet smile that disappears at the first sign of commitment.

But have you ever wondered if the f*ckboy exists outside the US? Or what f*cked up sh*t he would do to girls there? I sure did, and I wish I could have read a guide to learn about each one before studying abroad in London for a semester.

Lucky for me, I got to experience firsthand the f*ckboy tendencies of each country I visited. This isn't to say all men are guilty of these crimes of passion, but there are definitely a large handful of men who fit (but won't foot) this bill. Here is what I observed of the international forms of a f*ckboy:

You're in the city of love. How romantic.

You know who else seems really romantic? The sexy Parisian man who just winked at you while “Trap Queen” blasts from across the club.

Fall in love with this f*ckboy, and you have an international sized emotional meltdown about to ensue. By the time you fall for him, he's already obsessed with you and two other supermodels. Put your vodka cranberry down, and stick to the dance floor with your girls.

A British accent can take a guy from an eight to a 10 with the first sentence he utters. Don't be fooled, though; all of his well-mannered charm comes at a price.

He doesn't give two f*cks about you, your well-kept, all-American tan or how many likes your dog got on her last Instagram. Actually, your grandfather could have died yesterday, and he would look at you puzzled and ask, “But why are you crying?”

This condescending prick will have you paddling back across the pond before you can order your full English breakfast. It's a good thing because you'd be stuck with that bill anyway.

Tall, dark and handsome is every international girl's dream, right? Well, your dreams might not be coming true by dating this flirty fellow. Be prepared for him to talk a big game, and by that I mean a Superbowl-sized game.

He'll be telling you you're the woman of his dreams or the “sun of his sky” before you even go on a second date. By the third date, you will be so sick of getting groped, touched and verbally seduced that the mere thought of spending any more time with this man will repulse you. The sweet talk and handsy nature is all the Italian Stallion has to offer.

Catcallers, aggressive pursuers, ass-grabbers and word-vomiters are these strange and boundaryless men. Literally, walk down a street in broad daylight in Munich, and call me if you don't get at least one whistle. Not sure if it's just with American girls, but these men are ruthless.

They simply do not take no for an answer. Unlike their Italian counterpart, the German creep doesn't know when to cut the crap. Silence is the best response here.

The Swiss guy is a tough one because he's always really freaking cool. He's a little serious and a little distant, and he's always doing adventurous sh*t, which leaves you to catch up.

The Swiss chiller brings “chill” to a whole new level. As you dream of romantically spoon-feeding him cheesy fondue at the restaurant on top of the slopes, he's already halfway down the mountain.

Don't waste your time trying to figure him out. He's just chilling regardless.

One date with this guy, and you'll be left phone-less, card-less and money-less. He will probably steal your dignity, too. Enough said.

No matter how many messed up mind games these f*ckboys play, keep in mind that you're always winning. At the end of the day, you're the one with the one-way ticket back to the land of the free and the home of the brave, leaving all of your ~international loves~ in the dust. 'Merica.