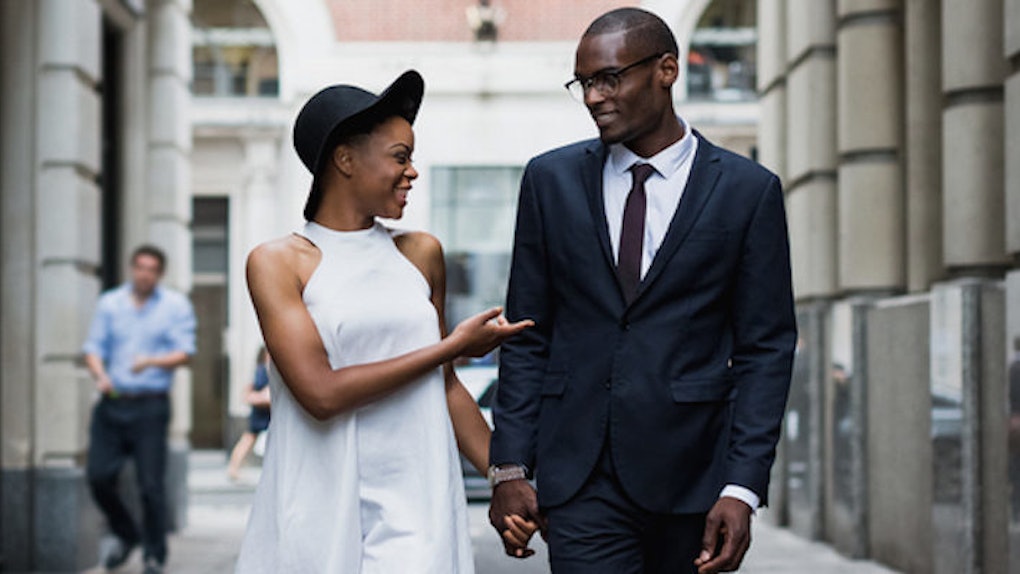 I can’t say for sure whether dating back in the day was better or worse than it is now. But I can say with certainty that it was different.

Our generation is different from past generations. The things we do every day have changed. The way we spend our free time has changed. And, of course, the way we interact with dating partners has changed.

Once upon a time, dating moved slower. It was more present in the physical world and less in the clouds. And while I’m certain that plenty of dating norms from the 40s, 50s, 60s, 70, 80s, and 90s weren’t all great (and were also probably sexist), we could definitely integrate at least some of them into modern society:

Before Google was a thing and cyberstalking became normal, people often didn't know anything about each other before going into the first date -- other than each other's names, of course.

We didn’t have access to Facebook profiles or Instagram photos or LinkedIn accounts. We had to find out information the hard way -- by getting to know the person.

But what you should understand is that back in the day, the hard way wasn’t considered hard. I can understand the appeal of making sure that the person you’re going to meet isn’t a serial killer or weirdo, but you want to leave most of the research for the question-and-answer part of the date (not that it should feel like that, but you know what I’m getting at).

Going in blind(ish) will allow for something magical to happen -- a conversation. After all, you probably aren’t going to ask your date questions about things you already know. If you’ve already stalked your date’s Instagram and found out he has a sister, for example, you probably won’t ask if he has any siblings.

But if you don’t ask those basic questions, whomever you’re having dinner with may feel like you’re lacking interest -- even if the exact opposite may be true.

A genuine eagerness to get to know the person, even on a level that feels like small talk, will allow for real chemistry to happen.

I understand you find it more convenient to know about people before you meet them in person. But who told you that finding the love of your life and building a solid relationship together ought to be convenient? That’s a silly thought, isn’t it?

Paying attention to the other person

It doesn’t matter whether it’s the first date, the second or the 100th -- you should minimize distractions and focus on who matters most: the person sitting across from you.

I'm talking about keeping your phone hidden from view.

Don’t check your messages. Don’t read your emails. Don’t answer calls. And if you’re experiencing anxiety just reading this, you have a problem.

A serious problem, to be completely honest.

It’s easy enough to get trapped in your own head. Constantly interacting with your phone removes you from reality altogether.

There’s something about face-to-face interaction that cyber interaction will never be able to compete with. It's just more real. There’s a wonder man or woman sitting with you and spending time with you.

But if you focus on cyber interactions -- instead of devoting your attention to your dinner partner and to what’s going on around you -- you remove yourself from the physical world and get stuck in your own head. And the person you’re with can feel that you’re not there with them.

You may physically be there, but mentally you’re somewhere else. That doesn’t feel good for anyone. It’s rude and insulting.

Throwing in a touch of romance

Fairytale romances do exist. Of course, they most often come from Disney, but happy relationships do exist.

And do you know what people in happy relationships have maintained throughout the years? Romance.

That fire we feel when we find someone special only goes out when we allow it to -- when we allow the romance to die. Romance doesn’t disappear on its own; our efforts are what dwindle it.

We get lazy. Or maybe we feel that, since we already have our prize, we no longer need to try.

These days, romance isn’t a priority. Modern dating (not including booty calls and having friends with benefits, which is not real dating) lacks the romance that once was standard etiquette.

Little things (i.e., giving flowers, opening doors, having candlelit dinners) and bigger things (i.e., keeping it in your pants for the first couple of dates) no longer exist. Throwing in a little bit of old-school romance never hurts.

Too much romance can backfire, true, but having no romance at all will prevent your relationship from flourishing anyway.