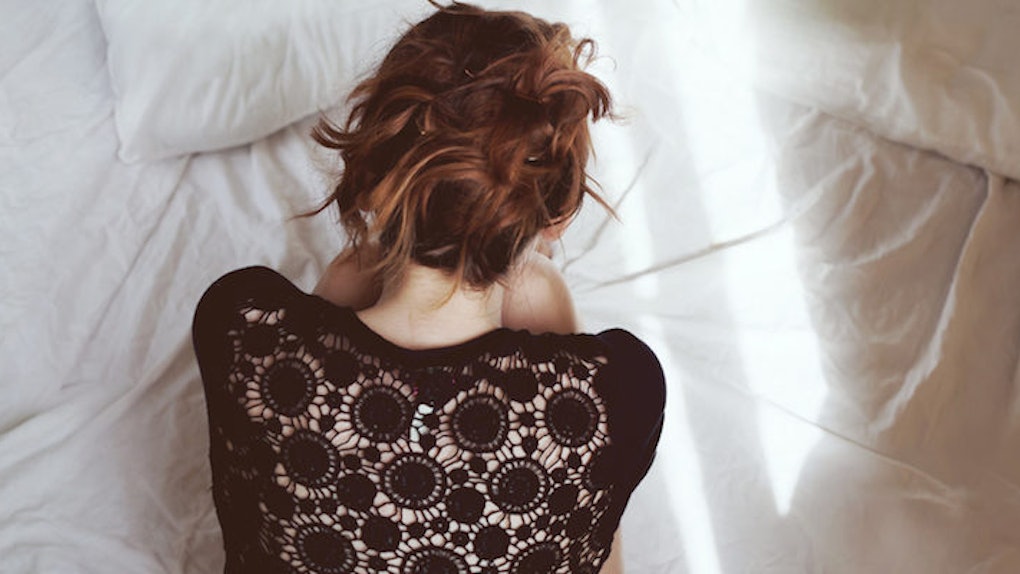 Expert Reveals How To Know Your Relationship Is Over

There is nothing in this dark, complicated world that's more agonizing than trying to decide if it's "really time" to break up your long-term partner.

Oh, honey! It's enough to make you want to pull all the tiny little hairs out of your big, mixed up head one by one. I've been there, and I have the scars to prove it.

However, relationship expert James Preece says there is ONE SIMPLE way to tell if your relationship needs to come to an end, according to DailyMail.com.

If you keep wondering what it might be like to date someone else then it's time to get out. While it's fine to have the odd fantasy about a celebrity, if you keep looking around at other people all the time then you have to question why.

So all the fantasies, the glittering, endless daydreams of wondering what it would be like to date cute Johnny from the local bar, aren't just silly, little fantasies? They're actually relationship red-flags??

I think it might be time for a lot of us to, uh, reassess our love lives.

Preece goes on to say that thinking about dating other people isn't just a menial little blip. It's serious. He says,

All these are massive warning signs that something is wrong with your relationship. If you are thinking more and more about people that aren't your partner, it's almost always because you are bored. Once that starts to happen, the magic can quickly fade and you'll stop putting in the effort to make things work.

Well, shit, kittens! It looks like some of us might be single after all this Valentine's Day. I mean, who wants a relationship without *magic*? What's the point of only sleeping with one person (gag) if you're just going to end up bored?

Preece adds that if you do want to salvage your breaking relationship before it's totally broken, you should set up a date night so you don't get into the routine of being a boring, stale couple.

In other words, stop Netflix and chilling, you lazy scumbags. Get dressed up and have a night on the town!

However, if the magic is already dead, the expert says (in much nicer words) that it's time dump your partner's boring ass and move on.

As Preece says, "It's better to get out of a dead-end relationship than stay with someone just for the sake of it."

I agree. Stop wasting your gorgeous youth being all codependent and miserable in a snooze-worthy relationship, and get on Tinder and have wild adventures instead!