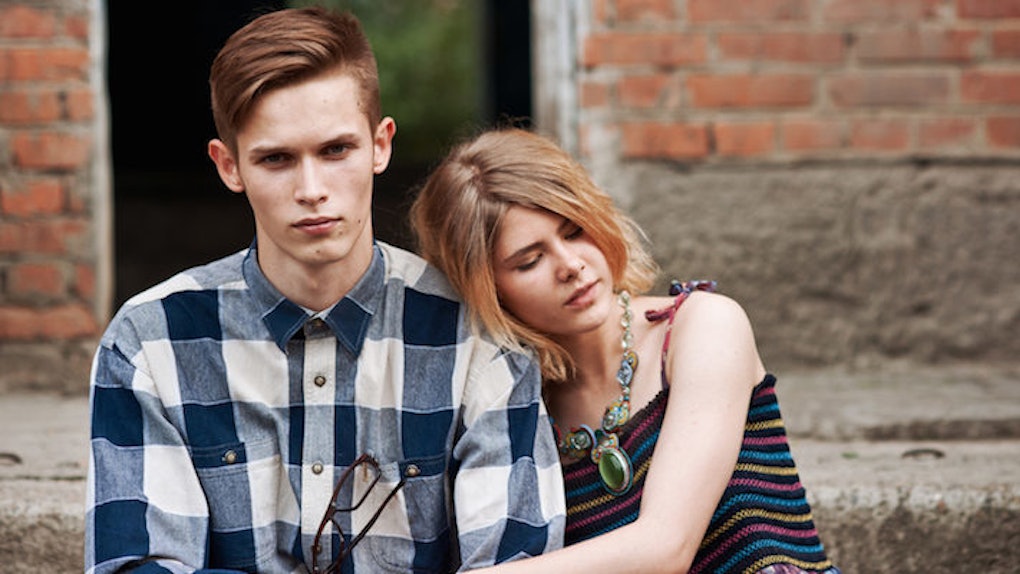 How Emotional Cowards Are The New Relationship Con Artists

"I'm not ready for a romantic relationship, but I really want to be your friend. I like spending time with you. You're funny, and ... I — I want to be friends..."

He trailed off as I walked farther and farther ahead of him on 59th Street.

I spun around and locked eyes with him, our emotional distance as visible as the pavement between us.

"No, I don't want to be your friend. We were never friends, and we are not friends now."

He looked taken aback, as if he wasn't expecting me to stand up for myself.

It was as if he expected me to just linger around for him while he floundered, continuing to dump me and un-dump me as I patiently waited for him to figure it all out.

It was as if he thought he could just keep calling all the shots, and I'd go along as the cool girl, agreeing to whatever he suggested because I'm admittedly low-maintenance.

But, I held my gaze unwaveringly, staring him dead in the eye. Low-maintenance does not mean doormat.

"Good because I'm going home, too."

With that, I turned around, hailed a cab and never looked back. For a brief moment in the taxi, I thought the tears were going to flow.

I thought I might wallow in what might have been and what almost was. But, the tears never came, and I didn't grieve.

Instead, I followed my instinct. I blocked his number, unfollowed him on Instagram, removed him on Snapchat and unfriended him on Facebook.

I had a clean slate, a clear mind and a full heart.

I was free from the bullsh*t and the games.

I was released from the whiplash and confusion.

I didn't have to hear any more curated lines that were surely fed to every girl that came before me and to each one who will follow.

I felt relief coursing through my body more than anything else.

Maybe he had truly been a nice guy.

Maybe the connection I felt wasn't all in my head, and the signs that pulled us together like a magnetic force weren't a mistake.

But if that's true, then he's a coward. In my eyes, that's equally as bad as a liar, if not worse.

The con artist lies to get into your bed.

He's smooth and suave, and he says all the right things. He convinces you the emotions you think he's feeling are authentic, but it's all just an act to get his dick wet.

Sometimes, it works, and sometimes, it doesn't. But in due time, the con artist always reveals his true colors.

The coward, however, is far more dangerous because he lies to get into your heart.

He finds himself a little spot, dead-center, and plants his roots, allowing himself to grow in each direction.

The roots stretch deeper, and the feelings blossom upward.

He doesn't stroke your ego; he strokes your heart.

He's afraid of his own emotional shadow, and he's skittish and fearful of human connection, vulnerability and love.

He means the words he's saying as they exit his mouth and enter your ears.

One morning, he'll wake up and realize he's basically in a relationship.

You may or may not have the title, but for all intents and purposes, the two of you are committed to one another to some degree.

That realization will suddenly knock on your door with all the fear, insecurities and baggage from past relationships, and he will then demote you from "babe" to "just friends" overnight.

He'll blame it on work, a quick timeline or all the changes happening in his life, but each one is a pathetic excuse.

If we stalled every relationship because of change, none of us would ever find love, friendship or anything that resides in-between.

Admitting you have feelings for someone who has zero bearing on your ability to carve out your place in the world should not affect you taking a certain career path, following your creative passions or spending time raging at a music festival.

It is simply expressing you care about another person and what happens to him or her.

A relationship is simply supporting another person, giving him or her space when he or she needs it, enjoying his or her company and liking the person you are when you're with him or her.

Romantic and platonic bonds require the same amount of care, so any line cowards feed you about their hearts not being ready is moot if they have at least one friend.

The ability to give and receive love openly and unapologetically is the greatest talent we as humans possess.

But if someone can't give you the unabashed respect and care you deserve, move on.

Block his number, unfollow his Instagram, remove his Snapchat and unfriend him on Facebook because emotional purgatory is boring.

It hinders everything the world has to offer.

It dims colors, blurs lines, silences music and hardens our hearts. It transforms life from technicolor to greyscale.

He — the coward — is the problem because deciphering feelings isn't rocket science.

Emotions don't need to be analyzed like data. Your brain and your heart don't speak the same language, so just stop thinking

Go with your intuition, and give into your desires.

People won't give you what you want in life if you don't ask, and if they say no when you do, then it wasn't meant to be.

Attempting to help someone who doesn't want to be helped will only result in you banging your head against a virtual wall.

Sever your ties, and free your spirit.

He will either figure it out or he won't, but it is out of your hands. Until he does, you can't trust him with your body or your heart.

Emotional cowards are toxic, and you need to protect your energy before you protect theirs.

That early Friday morning, standing on the corner of 59th and Lexington, may have been the last time I'll ever see him, and that's okay.

It's not my job to pat a coward on the back and tell him that hiding from his fears, from uncomfortable situations and from the unknown is a productive way to go through life because it's not.

We were never friends, and we never will be.