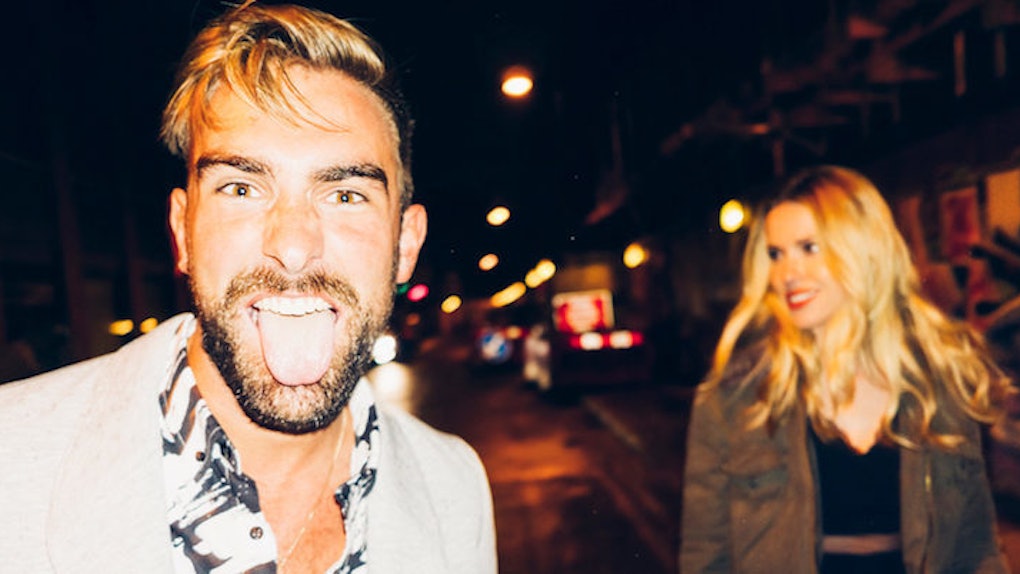 Occasionally some words will pop up in our language that truly describe the times. You can tell when a word is striking a cord because you'll start to hear it everywhere. Sometimes the words will stick around forever, and sometimes they'll fade away. Almost always, you'll look back at your old social media posts and be totally embarrassed you ever used them in the first place.

But, the one word that never fails to drive me crazy and does not seem to go away is the word "friend zoned." For those who have somehow missed out on this phrase, it describes when you're interested in someone, and he or she opts to keep you as a friend instead of date you. It is also complete crap. Here are five reasons why you should probably get rid of this word from your vernacular if you haven't already:

1. No one is obligated to date anyone.

One of the problems with the phrase friend zone is it's often associated with dating injustice. The people using the word are usually annoyed or angry they've been turned down by their crush and given the consolation prize of their friendship. Those who usually use the word feel their time has been wasted trying to pursue someone who has rejected them.

The phrase seems to completely ignore the fact that no one is obligated to date anyone else, no matter what. Just because you give someone your time and friendship, does not mean he or she owes you romance. Just think of the people you've turned down in the past. There was a reason you didn't want to go out with them.

Does their interest in you mean you have to go out with them? Not at all. Just because you feel like you put time and energy into getting to know your crush doesn't mean that person owes you anything in return. Of course you're allowed to feel bummed out if things don't go the way you'd like them to, but don't make it his or her problem.

2. Having a friend isn't a bad thing.

The other thing that is annoying to me about the term friend zone is that it presumes that friendship is this horrible second place trophy in the face of romance. It's not. Friends are awesome. Friendship will often outlive romance. People need more friendship in their lives.

You like this person, and he or she likes you. You clearly get along and enjoy each other's company. There's a reason you've been meshing, but it just might not be in a romantic sort of way. Not only is that OK, but it means the person you're crushing on values you as a friend and wants to keep you in his or her life. You mean something to this person, and that is nothing to be deemed second rate just because he or she doesn't want to date you.

3. You shouldn't be friends with someone under false pretenses.

I totally understand developing feelings for a friend over time, or having a crush on a friend, but being too shy to tell him or her. You might feel like you want to gather up the courage to tell your friend you like him or her and are OK with either outcome. That's all normal. But, if you're secretly holding a candle for someone who hasn't showed signs of liking you back, that's on you for not telling him or her how you feel.

You can feel sad about it, but you don't have any right to be angry with your friend. This person hasn't "friend zoned" you. If you tell your friend how you feel, and your friend just wants to remain friends, you need to be OK with that. If you're really that person's friend, you'll accept that and move on. You won't complain that the person friend zoned you.

But if you are only being friends with someone in hopes that he or she will someday sleep with you, you suck. You're a bad friend, and you should rethink involving yourself in this person's life. You're wasting your time and that person's time.

This is a bit of a generalization, but I rarely hear of women complaining about getting friend zoned. When a guy doesn't want to date a woman, women generally assume he just want to be friends, and that's that. They're less likely to make rejection about a moral failing of their crush; they just assume the guy wasn't that into them for whatever reason.

But when many guys get rejected, they seem to blame the other person. They're more likely to lash out or insult the object of their affection for rejecting them. I think the friend zone is the pinnacle of this phenomenon. I truly believe at its most basic definition, it is a word men made up to describe the "punishment" of a female's friendship, and that's really sad to me.

5. Friendship isn't a point of no return in relationships.

The final thing that drives me crazy about the phrase friend zone is it implies that friendship is the end of the road for a romantic relationship. Once you're in the friend zone, the general consensus is that person is never going to consider dating you ever again. However, that is simply not the case.

Some of the best relationships out there are built on friendship. Personally, every guy I've dated was a friend first. It makes sense, as the longer you get to know each other and the more time you spend together, the more likely you are to find a connection. The key is just for that not to be the only reason you've decided to stick around.

These are all the reasons the friend zone is a terrible concept that everyone should abandon immediately. Romances will come and go, but friendships are forever. Don't discount your friendships just because the romance you wanted didn't work out quite how you envisioned it. You will be much happier for it; I promise.