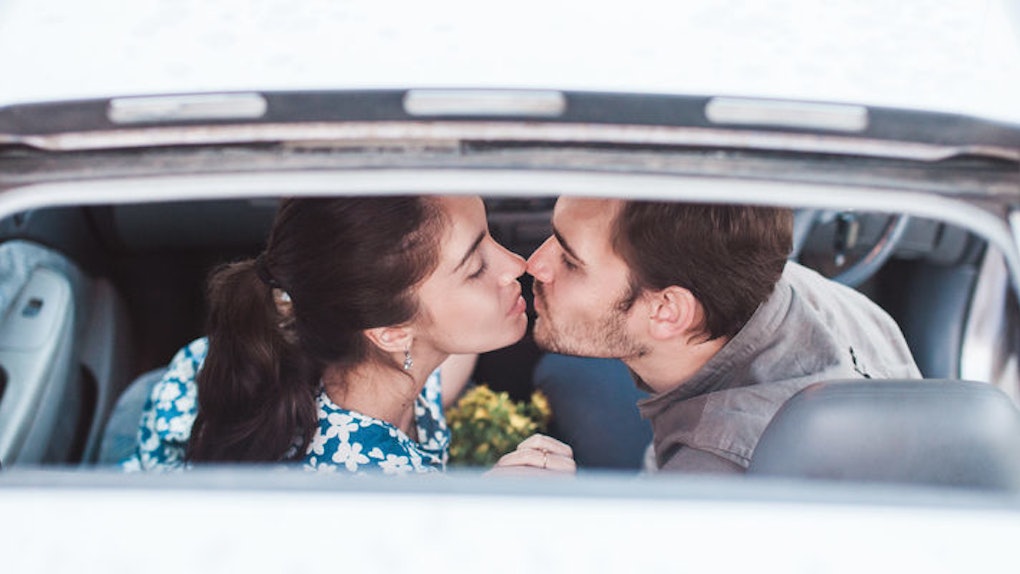 Why The Concept Of 'The One' Is Completely Ridiculous

"The one." Your soulmate. Other half. Forever Valentine. Jennifer Lawrence.

You might call it something else, but you know what I'm talking about: that ever-elusive romantic partner who will finally complete you. This isn't someone you're merely compatible with. Not someone who's simply a “good match.” This is the person you were born to meet.

Whatever other purpose your lives may have -- whatever else may happen to you during your brief time here on this planet -- the greatest thing you'll achieve is finding one another.

And one day, when it's meant to be, fate will bring you together.

Listen, believing that there's someone you're meant to spend your life with is obviously reassuring, especially if you've only been in disappointing relationships up until this point. In fact, when you do meet the best fit for you, you'll probably feel as though you truly do exist to complement each other.

But does that mean that you're actually two puzzle pieces, designed specifically to be with one another? That some magical force is pulling the strings so that you'll one day bump into each other at Starbucks?

It's fun if it works, but it's not all that realistic. Or all that healthy. That's because:

Wanting a relationship is natural. Years of evolution have made the find-a-mate impulse so intense that we end up spending most of adolescence crying over rejection, breakups and the latest “Twilight” spin-off.

You're not a weak person if you want romance.

But if you're assuming that there's literally one person on this planet who you're meant to be with, you're not giving yourself enough credit. You're already a whole, complete person. (You don't need your "other half.") Human beings aren't like the Triforce in “The Legend of Zelda”: completely sh*tty and useless on our own. Your life isn't a quest to find someone else. You're already good enough.

Yes, love is a ton of fun, and it's worth seeking out. But if you truly think you're incomplete without it, you'll overlook all the other ways you could enrich your life.

Again, if you use the word “soulmate” as shorthand for “someone I like enough to marry,” that's not a problem. But if you believe in the literal concept of a soulmate, you're offending a lot of people.

There are billions of people in the world. Most of us find each other by chance. You forget your phone at the bar, head back to retrieve it, and meet the person you'll eventually marry. You'll spend an entire life together -- all thanks to your inability to keep track of your belongings after that third shot of tequila. One less drink, and your path would be different.

Every single thing that happens in this world has a ripple effect. Do you really think whatever needed to happen for you to meet your significant other was the planet's priority?

The idea that the universe or magic or the Force or whatever manipulated events to bring you together with the person of your dreams is a pretty self-centered view. If you disagree, I can only assume you've never rolled your eyes when an actor or pop star gave an award acceptance speech thanking the deities for handing down that overpriced statue. You know -- while there are millions of people out there who have much more pressing needs.

Of course you should be happy when you find love. You should be thrilled. You should overflow with so much emotion that anyone who follows you on social media kind of starts to hate you a little bit.

But you probably shouldn't think the universe orchestrated the entire situation for your personal happiness.

Don't get me wrong. I believe real love exists. I watch “Love Actually” every year, I listen to a decent amount of Coldplay, and I'm not even lying when I tell people I had a great time at their wedding.

But I also think that what makes love pretty cool isn't that it's all rainbows and fireworks and the kind of happiness that usually comes in pill form. It's cool because, when it's real, it's worth putting up with the less-than-stellar aspects.

No one's perfect. And I don't think people are ever genuinely perfect for each other. Not because I'm a cynic, but because I'm so constantly amazed by how complicated and unique we all are.

Every single person has a limitless world of thoughts, beliefs, experiences, emotions and ideas. It seems unlikely that two people would be so well-matched, that all of those qualities would align like the stars.

And that's fine. Love is often about being able to work through the ways in which you're imperfect for each other.

But a soulmate is supposed to be perfect. "The one" is supposed to be your missing piece. And if that's what you're looking for, you'll be disappointed. You'll feel that someone is wrong for you if the two of you don't completely click.

I'm not saying you should settle for someone who doesn't make you happy. But you also shouldn't set yourself up for failure by imagining there's someone in the world who can make you happy in every waking moment.

If you've been to high school, you've had to console a sobbing friend who was cruelly dumped by his or her “soulmate" of two months.

Damn, being a teenager was weird.

But breaking up with partners is just part of life. It's painful. You'll have a few rough weeks listening to your saddest playlist in the dark and crying yourself to sleep. You'll gain and lose weight more rapidly than Christian Bale prepping for his next role.

But eventually you relax, see the situation more clearly, and go out there to find someone new.

But if you believe there's only one person for you, you might miss that someone. If you're totally focused on getting back with the one who's "meant" for you, you'll overlook opportunities for greater happiness.

Yeah, it's just like “Forgetting Sarah Marshall.” Except you probably shouldn't expect to get Mila Kunis on the rebound. Might want to set some more realistic expectations.