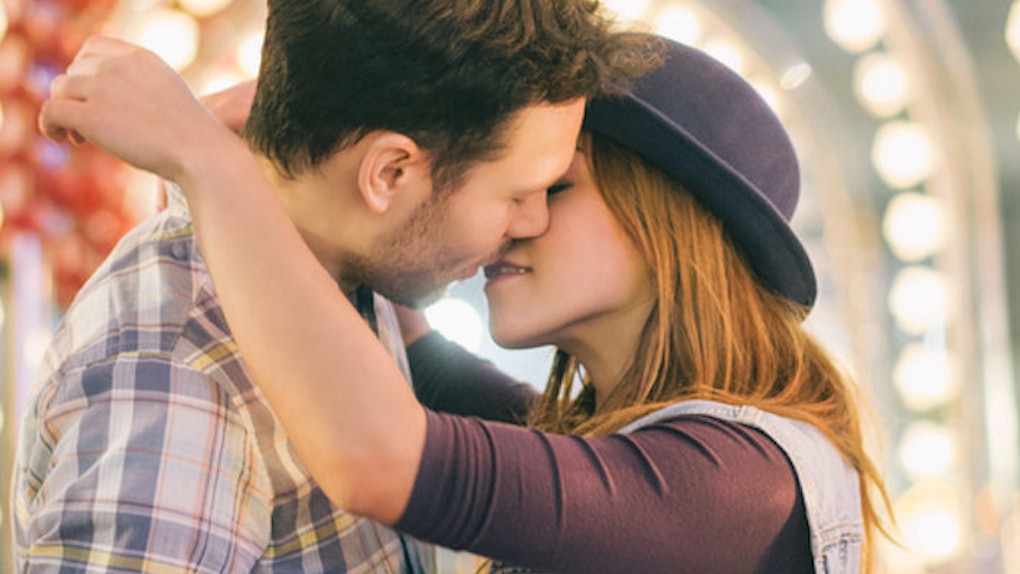 It's your typical tale as old as time: girl meets boy stocking shelves at a local retail store.

Boy proposes to girl. Girl picks up her entire life to move with him 20,000 miles across the world. Boy and girl grow to resent each other. Girl gains 30 pounds from lonely nights and wine-infused ice cream while boy gets engaged to someone new.

It may not sound like the iconic Disney fairy tale we all grew up believing in. But if there's one thing I can say for sure, it's that the pathway to finding a happy ending sure isn't easy.

Here are five ways being divorced led to my happily-ever-after (finally) and how yours will, too:

1. It's always the second guy.

Think about it. Gaston tried to court Belle, but despite his good looks and winning charm, she was won over by the beast's vulnerable authenticity. Princess Mia from "The Princess Diaries" liked Josh with the awesome hair, but ended up falling for her best friend's brother Michael, who liked her all along. Happy ever afters are found with the second guy you never thought it'd be.

2. Love the man behind the beast.

Ladies, if you're divorced, you pretty much stalk out the red flags before the guy you're dating even finishes his sentence. It's normal. We've been hurt before, so we have our guards up because we expect to be hurt again. But from being divorced, we try dating outside our comfort zones.

I was done with the players and inconsistent liars, and tried talking to someone who was a genuine gentleman. It was the perfect fit. In fairy tales, we learn to never judge a book by its cover. Sometimes the one you least expected turns out to be the one you've always dreamed of.

3. Let go of the perfect image.

How long did you stay married long past the time you should have been just so you could avoid hearing, "I told you so?" Or did you hold it together for the sake of things turning around? Or, did you do so because you didn't want to be the woman in your family who couldn't make her marriage work? If you did, it's OK because I did too. I stayed about a year too long, a year after I knew it was over, a year past me being happy. Why? Because I didn't want to hear from everyone and their mother that I was too young to get married.

Despite how right they were, 18-year-olds and 20-year-olds are not the epitomes of maturity and wisdom. So, I committed to something I was drawn to do. There's nothing wrong with that, just as there is nothing wrong with being divorced. If your family, friends or whoever doesn't like it, tough. You did what you had to do for your own pride and happiness. If Mulan can do it, you can do it. (Although, I don't recommend fighting Huns.)

4. People will try to break you.

Villains are everywhere, and they don't all have cool blue hair like Hades or killer fur coats like Cruella. Sometimes, they're the voices in our own heads urging us to move on before we're ready to. Sometimes it's that one friend who means well but secretly is tired of you ranting about the same old thing.

Our worst critics are ourselves, and the last thing you should do when you're going through a divorce is to say you're not healing fast enough. Healing is not a race, and you will only encounter true love once you've healed yourself enough to love yourself. You don't have time for the negativity whether it's from you or someone you know.

5. The ending will make you cry.

A few months ago, I was on the couch staring off at my boyfriend who was sitting on our living room floor playing guitar. He looked so peaceful sitting in our house. It's the home we've built together that's already housed many wonderful memories. I thought about how drastically my life has changed. I thought about how lonely and brokenhearted I felt four years earlier. It seemed like, in a blink of an eye, everything in my entire life had changed.

A happily-ever-after can sometimes take years. Sometimes, those years can be filled with some pretty lonely, soul-crushing moments. But suddenly, a handsome prince will show up in your driveway, carrying a crystal slipper that just so happens to be your perfect fit. Or in my case, he brought me a piece of chocolate cake at our friend's Halloween party two years ago. Either way, it was the start of a beautiful beginning.