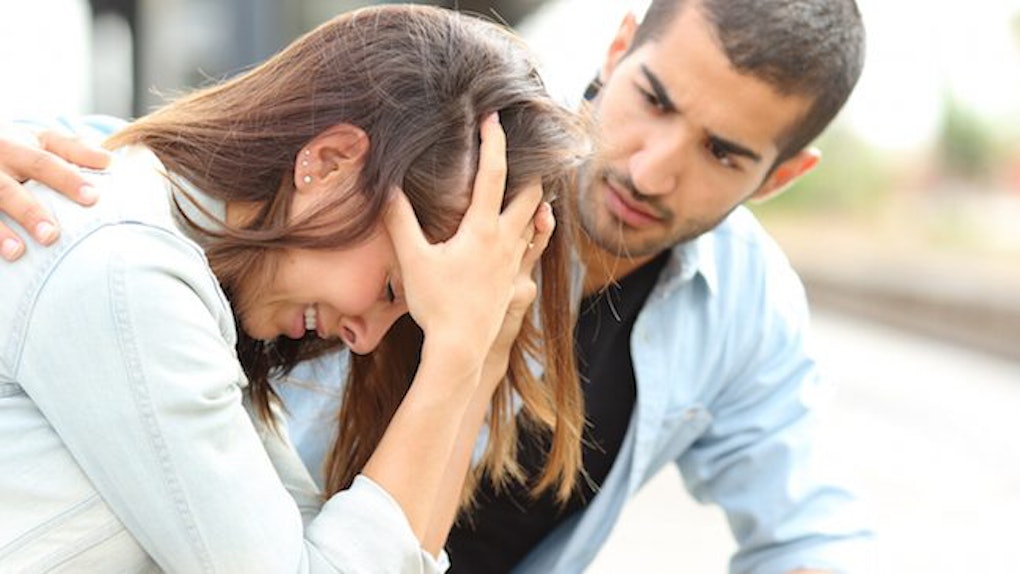 Why Do Long-Term Relationships End? Men & Women Have Different Reasons For Ending Them

There's a reason why the whole world is mourning ever since Anna Faris and Chris Pratt announced their split. When a long-term relationship (let alone a MARRIAGE) comes to an end, it's really sad. Honestly, sad isn't even a strong enough word to describe it. It's heartbreaking.

When two people who love each other decide to be in a relationship, it's only natural that we want it to work out. But unfortunately, sometimes things just don't happen that way. But WHY don't they? Why do long-term relationships end?

Well, a new study of 1,500 men and women by Superdrug Online Doctor looked into the differences between the reasons why men and women break up with their long-term partners.

Here are men's and women's most popular reasons for ending their long-term relationships.

The most popular reason for women ending their long-term relationships was that their partner wouldn't take them out on dates. Almost 20 percent of them (15.8 percent) agreed that was a deal breaker for a long-term relationship... you know, because they just want to feel loved, romanced, and appreciated.

And in the least shocking news of all time, the main reason most men (8.2 percent) ended their long-term relationships was because their partners didn't want to perform oral sex.

Speaking of deal breakers, what would those be for people not in long-term relationships?

In the more casual stages of dating, it seems oral is important to everyone. For men and women alike, the most popular reason (for 15 percent of women and 20 percent of men) for not dating someone is them not being down to give head, whether it be for a personal or a religious reason.

As for the least popular reason, for 8 percent of women, it's their partner having a small penis. So, not-so-well-endowed guys, you can chill out if you're scared about a girl dumping you for your junk. And if you're dating a man, well, odds are you're never going to be dumped for not wanting oral sex, as that was their least popular reason for not dating someone.

Not wanting to dump someone because they don't want you to go down on them, letting you off the hook? Shocking.

When it comes to how often we're having sex, men and women are pretty much on the same page.

Men and women had the same lineup when it the ideal frequency to have sex. As you can imagine, the ideal amount of sex in a relationship for both men (42.3 percent) and women (48.3 percent) was a few times a week. The least popular times? Less than once a month or never, obviously.

But, it's good to know we aren't totally sex-obsessed. In case you were wondering, both men (83.9 percent of them) AND women (95.4 percent) agree love is more important than sex.

Ah, chivalry isn't dead after all, I guess!