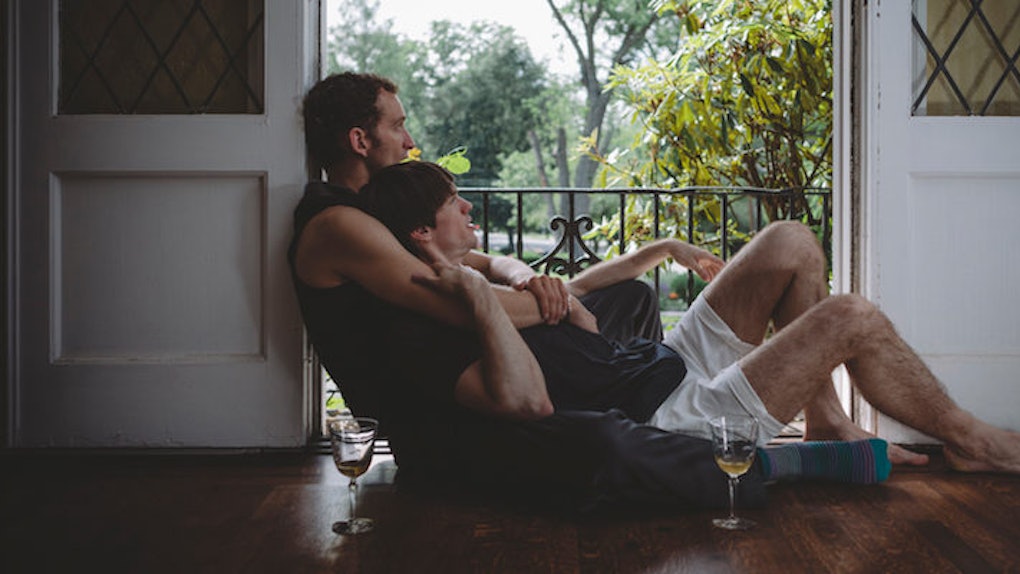 Dating someone still in the closet while you're already out can present some pretty unique challenges in a relationship.

Naturally, you just want to be able to shout about your love for your significant other from the rooftops. But instead, you're forced to live a hushed and silent lie.

Unfortunately, despite the fact that the LGBTQ+ community has made great strides, for some, the thought of being openly out is enough for them to break out in sweat, anxiety and fear.

It has been over two months since the ''love of my life'' and I mutually ended our romantically challenged relationship. Yes, I loved him unconditionally and cared about him more than anyone else, but sometimes, love just isn't enough.

Our otherwise powerful relationship couldn't overcome the forces of poor timing and peculiar circumstances. It was as if we were two awfully similar souls colliding like asteroids.

OK, so maybe describing our relationship as a catastrophic scenario is slightly drastic, but my emotions at the time were certainly not.

So what exactly were those "peculiar circumstances"? Well, I was dating an emotionally flawed 22-year-old (10 years my junior) in the closet emotionally flawed, who, unfortunately, was ashamed of his sexuality.

He wasn't accepting of himself, and he wasn't open with his family and friends about who he was, fearing their thoughts surrounding the fact that he was in a relationship with another man.

Of course, he had many valid reasons for not coming out. He was uncomfortable telling his family and friends about us, as he was scared he would be treated differently after the "gay revelation."

He was also concerned about the unfair, stereotypical labels society has pushed on gay people.

I most certainly shared his views and was miffed we lived in a society that essentially forced us to wear a "Hello! I am gay" name badge.

But without the label, I was just a secret, and after a while, being a secret was a label I was not comfortable with.

Being a secret was a label I was not comfortable with.

I had come out when I was 16, so my homosexual journey was already complete. Thankfully, I was accepted and embraced, but my nervous, trembling boyfriend was very reluctant to do the same.

Our relationship virtually became a non-personable affair, existing in an alternative reality. The most affection I received was a few kisses in a secluded corner of a park or the edge of a looming building. That is, until a pedestrian would emerge from the shadows, and we were back to being just "friends" again.

All we wanted to do was lie in each other's arms under the warmth of a duvet, but since we both still lived at home with family, those moments never happened.

Despite my hatred for the concept of "normal," all I wanted at the time was to be a "normal" couple. I wanted to be part of his everyday life and meet his family and friends.

I wanted to plaster our beaming couple selfies all over social media, but unfortunately, this was just another impossible dream that was never meant to be.

I didn't want to hide in the darkness of the closet.

I was left salivating for him just to pull me into his big burly arms, desperately seeking validation in a relationship that soon felt like a barren deserted devoid of affection.

Yes, we had love. But in the end, it wasn't enough.

All I wanted was a kiss and cuddle from my boyfriend in public sometimes. All I wanted was to hold his hand and gush about how much I loved him. I wanted him to hold me in his arms, but at the end of the day, I didn't want to hide in the darkness of the closet.