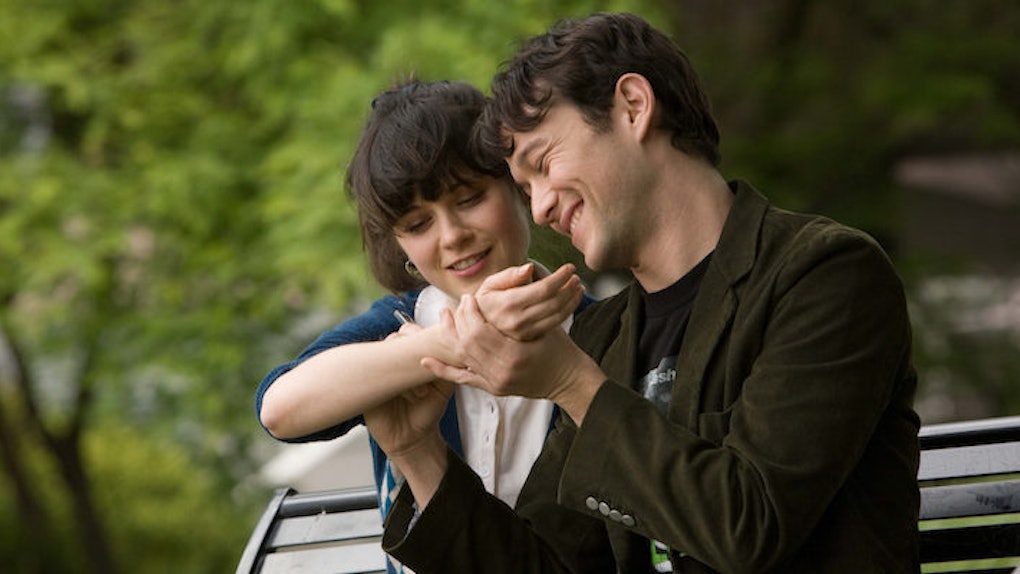 Dating Is Different For Women In Their Late 20s

There's no arguing that as women, we want it all: love, connection and intimacy.

But how we interact with them and move toward receiving and giving them are markedly different as we move into and through adulthood.

In both your early 20s and late 20s, dating can seem like an adventure of discovery.

The years are spent discovering how you function in relationships, what you want as an independent woman and as a woman in a relationship.

But as you move closer to those late 20-something years, things start to shift.

In your early 20s, it was sort of a sick thrill to play games. It was like you tested each guy to see how far you could push them to prove they were worthy of you. You got a thrill out of the chase, and it was secretly nice to have the upper hand at times.

But as time moved on, you started to find that after the thrill of the chase, you were let down. Something genuine and authentic seemed to be missing.

Now, you'd rather be a straight shooter. Instead of torturing your potential mate and keeping them guessing if you're interested, you let them know where they stand.

Long gone are the days when you abide by the rules of texting or not texting until after a set period of time, or the ambiguous Snapchats to string them along. That just seems like a waste of everyone's time.

2. Your desires have shifted from fun flings to settling down.

In your early 20s, parties, one-night stands and meaningless flings are abundant. In a way, dating is a form of entertainment to pass the time and meet new people... that way, you're always armed with an entertaining story to share with your friends.

As an early 20-something, you haven't had the time or life experience to define what you want in a relationship. So, you feel things out as you go, making mistakes and learning from them.

Eventually, you learn enough to move past the fun, meaningless flings because you're looking for a bit more.

As the years tick by, you start to realize there has to be more to dating and relationships than what you've considered in the past.

Your priorities shift from being easy breezy, to a serious search for someone who has a similar outlook and vision for life as you.

Bottom line: You're over the drama.

3. You start to realize looks aren't everything.

You've invested so much time and energy in going after the guy who is 6-feet tall with the chiseled jaw line and biceps that hug his sleeves.

There's no doubt that those guys can have awesome personalities, but you've started to realize, so do the guys who don't fit that mold.

You've kissed enough chiseled-jaw princes that have turned out to be frogs at heart. So you've started to look for a spark outside of physical connection.

You've seen firsthand that you can have the best of both worlds: a physical and mental/emotional spark. And that becomes your ideal.

4. Instead of settling for convenience, you've started to define what you do and don't want.

As you move through your early 20s, it's easy to settle out of convenience and fear.

Maybe your ex cheated, and despite your gut telling you it would only continue, you stayed with them.

Maybe you saw how your date treated the waitress or bartender on your date last week, but you keep going out with them because you don't know if you'll be able to find someone else.

Your instincts tell you it isn't going to work, but you stay because you aren't sure what the other option is.

As you move through these types of relationships, you begin to see the qualities that not only bring out the best in you, but also the qualities you desire and deserve.

You begin to form a vision of what you want a relationship to feel like and look like. You have a clear set of deal-breakers that are in line with what you want out of life.

You have a clear set of deal-breakers that are in line with what you want out of life.

The one-night stands, the lackluster sexual encounters… they've taught you want turns you on and what turns you off.

They've also taught you how you want to be treated and respected, both in and out of the bedroom.

You've come to realize your sexual needs are just as important as his, and as you become more comfortable with your sexuality, you're more willing to voice to your needs and how he can help you meet them.

6. You don't throw in the towel after an argument.

As an early 20-something, passion often clouds our judgement, even in the event of a disagreement or argument.

Many women have found themselves moving on after a serious disagreement because they don't have the skill or life experience to communicate and repair damage that was done.

Sometimes it seems easier to move on to than it is to step back and look at what went wrong and what could be repaired.

As you move through your 20s, you learn more effective ways of communicating, how to take responsibility for your part in arguments, how to recover from them and how they can actually build a stronger foundation for a relationship.

Throwing in the towel still happens, but more commonly after you've investigated and tried strategies to move past your relationship problems.

Dating throughout your 20s is a definite journey, and you're bound to kiss some frogs before you find your prince.

But, as each year passes by, don't forget to allow your experiences and lessons inform your decisions and vision of your future partner.

As a single, late 20-something, now's the perfect time to work on your future relationship by working on yourself and being clear about what it is you want, what you don't want and what you deserve from a partner.