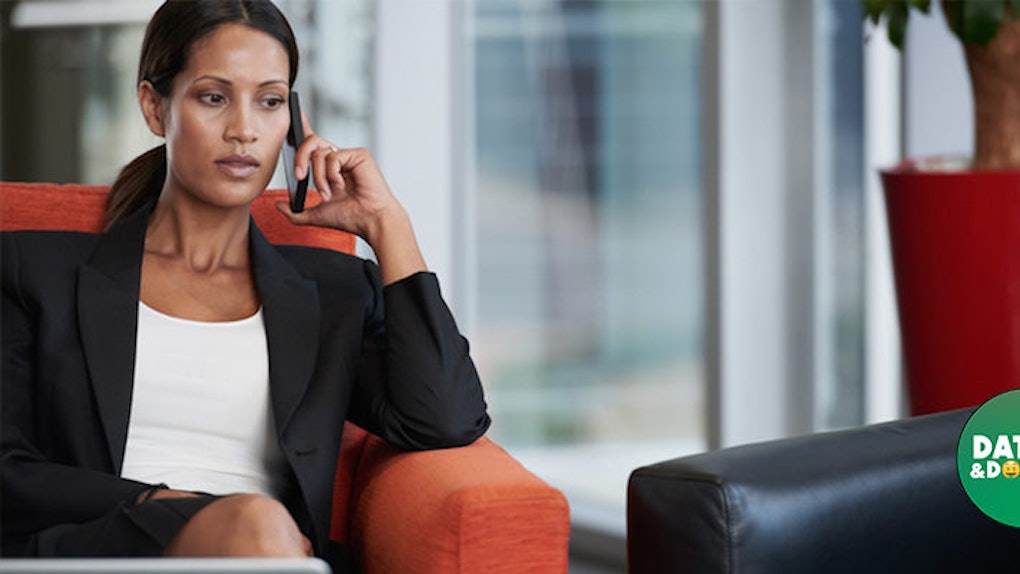 Afraid that your awesome career has made you an intimidatingly successful woman? FEAR NO LONGER.

Turns out, men these days aren't intimidated by a girl who makes more money than them in the slightest.

In fact, the original angle for this post was going to be "Guys Explain Why They Wouldn't Date A Girl Who Makes More Than Them," but you know what? I literally could not find one guy who felt that way.

Even our Dating & Dollars survey found that only 4 percent of men would not date a woman who made more than them.

So, for those of you who aren't mathematicians here, that leaves a whole 96 PERCENT OF MEN WHO ARE DOWN TO DATE A SUCCESSFUL POWER WOMAN EARNING THE BIG BUCKS.

I asked guy friends for their opinions, and their answers all looked like a variation of this:

In case you were wondering, this is the song he's referring to. And yes, he means I-N-D-E-P-E-N-D-E-N-T.

But you get the picture. A real man isn't going to be intimidated by a woman who makes more money than him, and here's why:

Your spending habits are similar.

It literally does not matter at all.

It has no effect on the person you're dating.

It makes you more attractive.

Your character is what matters more.

So keep doing you, you fierce, fabulous POWERWOMAN.