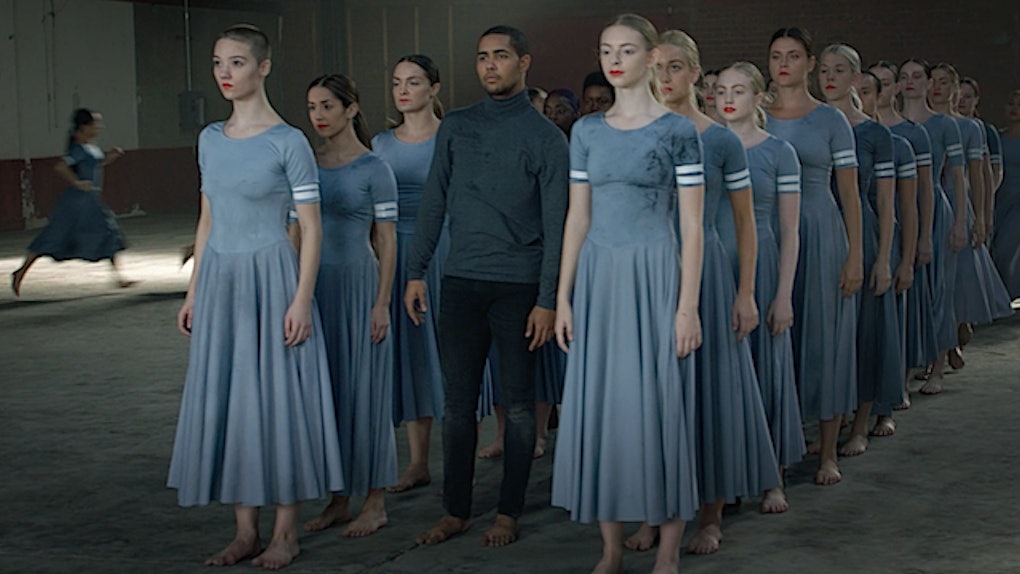 Dance is an outlet that can be used to express any type of emotion.

The passion behind each movement, intertwined with the rhythm of that perfect song selection, can make for an extremely powerful performance.

That's why when renowned choreographer Andrew Winghart took the lyrics of Justin Timberlake's "Cry Me a River" and created a dance to the 2002 track, he held nothing back.

Using 37 professionals, featuring dancer George Lawrence II as his lead alongside 36 talented ladies, Winghart aimed to illustrate the message of a scorned man.

A man writes off his ex-lover by manifesting a 'river' of female dancers to act as an extension of his indifference toward her.

First, I have to say: mission accomplished. Now, I follow that up with "holy shit, are you fucking kidding me with this masterpiece right now?!"

Every single element, from the choreography to the warehouse setting, to each and every meticulously stylized transition, delivers in a way that allows viewers to connect to the piece itself.

"I like to try and make really complex imagery from really simple source material," Winghart tells Elite Daily. "Clean lines and straightforward positions that when used on 36 dancers appear complicated. But most importantly, I focus on creating material that anyone can watch and understand."

Even when surrounded by the army of women, the spotlight stays on Lawrence as he completely disregards their existence, proving to exes everywhere that certain kinds of heartbreak just make you indifferent to the person who caused it.

It's powerful, emotional and all too relatable for a lot of people.

"The inspiration came after hearing the song and being struck by how timeless it felt to be both in sound and subject matter," Winghart said of the piece.

I initially thought it would be cool to have the lead dancer and a body of water that would start moving through the frame, but quickly realized that was a bit ambitious. I then realized I could create a 'river' out of a large number of dancers, which would be even more exciting. I became obsessed with the idea, and after sitting on it for six months or so, just decided to go with it.  Wasn't intentionally pegged so close to Valentine's Day, but glad it happened that way and fun to see how many people are responding to the concept!

Better late than never, I guess.

Now, if you excuse me, I'll be in the corner crying a river.