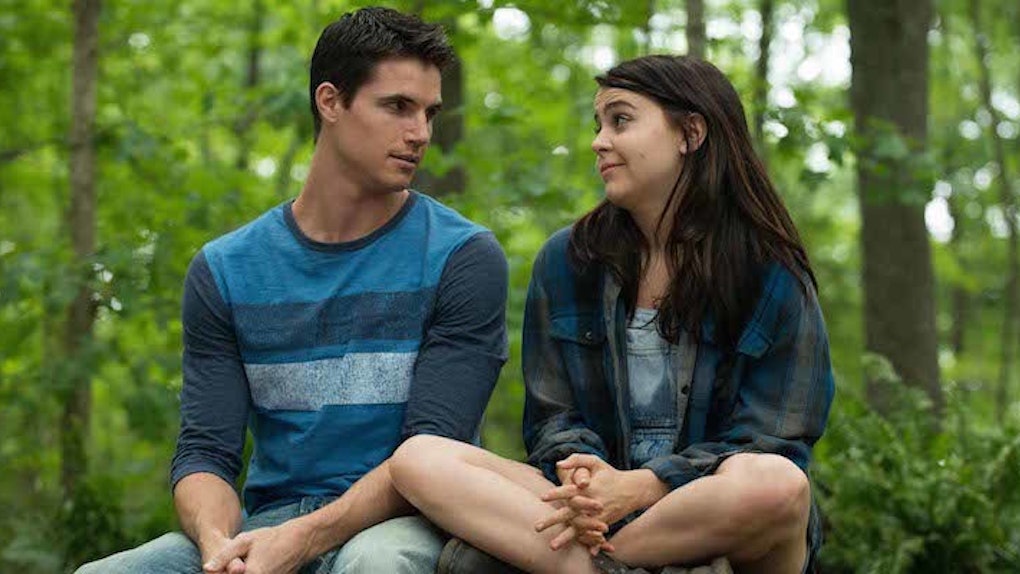 Guys, Here's Why Having A Close Female Friend Will Get You A Date

I have one female friend, just one.

She's been a close friend of mine since high school, and having her in my life has been paramount to how I approach dating.

In a way, she and I are complete opposites. I like to have feelings for a person I sleep with, and she, well, that just doesn't matter much to her.

What I most admire about my platonic pal is, she truly doesn't care about other's judgements. As such, she approaches sex as a man would.

While this shouldn't be unique for a woman, society sets unfair standards, especially when in regard to sex. But again, that didn't matter to her.

Tara's not ashamed after a one-night stand when she's traveling home solo in a cab, trying to make something out of her bird's nest that was once a presentable hairstyle. Instead, she leaves dewey and satisfied, then tells me everything the next morning after a dozen Advil and black coffee.

I love her stories. The latest of which actually occurred on the night of my engagement party, after she left with a bottle of whiskey and headed downtown with some friends and woke up with a man next to her in bed whom she ushered out almost immediately.

But even more than her amazing and always enveloping stories, I appreciate her friendship. It's a friendship that has been solid since inception and incredibly beneficial.

I understand “beneficial” might sound like a strange way to describe a friendship, but since she and I are of the opposite gender and our relationship has always been platonic, it's unique in a way that there are actual benefits we can reap that come with our friendship.

What kind of benefits could one reap from an opposite-sex friendship regarding dating?

Well, here are some of the things I've been able to thank Tara for:

1. She understands women better than you ever will.

As a man, I was born to not understand the opposite gender. That's just the way the societal cookie crumbles.

Thanks to Tara's incredible insight, I'm able to better understand where I stood with a woman when there were feelings involved.

Though she'd let me down lightly, the advice she'd impart was usually not what I wanted to hear, but was delicately told in a way that made the news as harmless as possible. And since friendship is reciprocal, I've fortunately been able to do the same for her, from the male perspective.

2. She is the best wingwoman you could ever wish for.

One cold fall evening at a hipster bar downtown, Tara, myself and a buddy went to grab some beers and — if we got drunk enough — have ourselves a dance. Across the room was a gorgeous blonde whom I had pointed out to Tara casually.

Ten minutes later, the girl approached me and said Tara had said some good things about myself. We had some fun that night, exchanged numbers and added each other to Facebook.

3. Her advice is usually very helpful.

Guy advice is usually something along the lines of “f*ck her,” followed by an unsavory statement intended to make you feel better. After that, they'll feed you beer until you puke.

A woman's advice, however, is more emotionally sensitive, taking both parties into consideration.

In some cases (when I've vehemently believed I was right in an argument with an ex), Tara has helped me see how I might have hurt her feelings, and I've actually apologized when certain I was right at one point.

4. By befriending a woman, you become a better feminist ally.

As I've mentioned in another story, being platonic friends with a woman reinforces the idea women aren't merely sexual objects. By conversing with your female friend, you can better understand the ideas behind male privilege and learn how her experiences may vary from yours.

Not that she hits on women or anything, but Tara was always able to offer advice on how to approach women based on what worked on her and her friends.

She also had an indescribable knack for pinpointing the kind of women who'd cruise guys for free drinks all night with no intentions on getting to know you.

This alone helped me save incredible sums of money. But actually, it probably didn't.

6. She can obtain valuable insight easily.

By going into another group of girls and chatting with them for just a few minutes, Tara can come back with a collective, almost encyclopedic knowledge of each woman she conversed with in said group.

She would know who's single, who's looking, what cocktail each of them drank and most importantly, what they think of that tall guy standing over at the bar (me).

Having a gal-pal pierce through a conversation of women is a lot more inconspicuous than having a guy head over.

7. She helps you stand out from other men.

My God, some dudes are complete douchebags on Tinder. The images and texts Tara shows me that guys will send to her on the app is ridiculous and harrowing for humankind.

Since she doesn't offend easily, Tara usually just plays along, but that's no excuse for being a total dick or douchebag and kicking off a conversation with no greeting, just the word “yummy.” (That was her latest interaction, “yummy.” That's it. How does somebody even respond to that?)

Evidence like this just told me how not to act, and instead to do the opposite, which didn't really work, either. But, it worked a hell of a lot better than it would if I was being a douchebag.

8. She can style you in ways you never could.

I didn't, but was fond of the food court that housed not only a Taco Bell, but an Arby's as well. So, I'd tag along.

On these excursions, Tara would pepper in comments like “you kind of look homeless” or “you've had those pants since grade 10,” then take my hand and drag me into a store to purchase clothing that might help me get some action.

Tara kept up on trends, and she represented this by suggesting what I should purchase. I looked better after Tara's suggestions, I'll admit, but I would never have picked those out for myself had I gone without her.

And trust me, most women care how you dress.