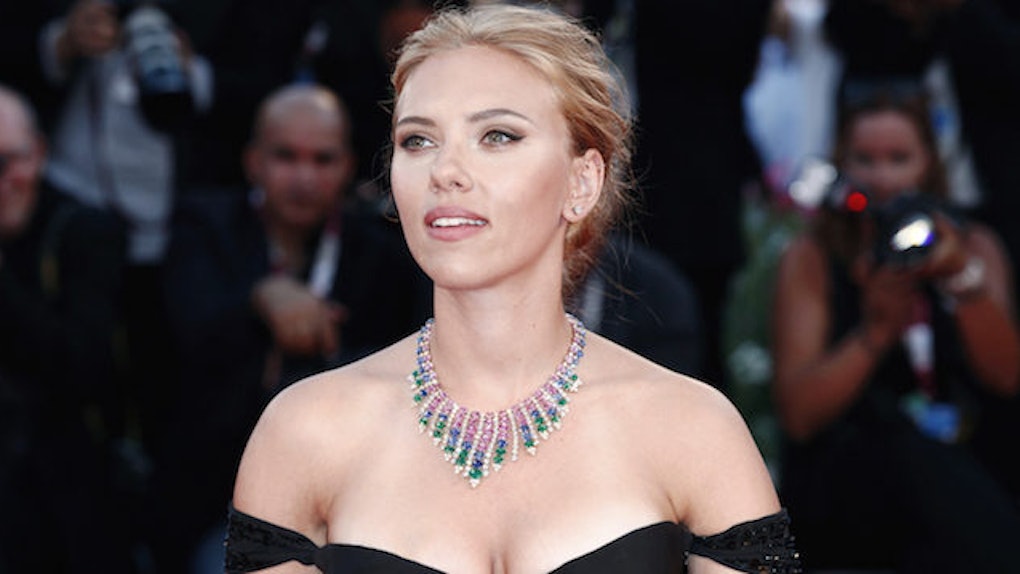 Celebrities Who Were Rejected By Other Celebrities

I have an almost comically out-of-control fear of rejection.

There is truly nothing more horrifying to me than the possibility of putting myself out there romantically only to be completely shot down. And, trust me, I will go to EXTREME lengths to avoid ever having to put myself out there in the first place.

But there are times when putting yourself out there is just necessary, unfortunately. For those few and far between times, I have to muster all of the courage I possibly can.

My favorite source of courage? Hearing about other people who put themselves out there, got rejected and LIVED.

I take particular solace in celebrities who managed to get rejected despite their undeniable hotness and star power. They were rejected and they're literal superstars, so I guess I can survive rejection, too.

So here, let me comfort you with my favorite celebrity rejection stories of all time.

I've been single for ages and had a date with a guy I liked. I was getting anxious, worrying he wouldn't like me. We went to the movies, but I could tell right away it wasn't working. It was sort of awkward. After the movie, I came home and that was it. It just didn't work. He just wasn't that into me. I liked him. He knew that. But he definitely didn't feel the same. It happens to everybody. Being famous doesn't make you any different.

Liked a guy so much you've turned into a nervous freak of nature? I have a feeling we've all been there a time or two.

Ansari was rejected by none other than Hollywood's favorite hot, sober mom with a pension for baking: Blake Lively. He appeared on the Howard Show a couple of years ago to read the transcripts of his text exchange with her back in 2011.

The two met at an event and immediately bonded over their shared love of food and eventually exchanged numbers. Needless to say, our boy, Aziz, was stoked. So he shot her a text... and another... and another.

He read the conversation on-air with Stern. Here's how it went down:

“Hey, it's Aziz. The animal dinners are over now, unfortunately, but I will show you photos from when I went. It was very tasty. Are you going to the Met Ball?”

From the Met Ball, where they ran into each other: “Hey, it's Aziz. Please tell Karl [Lagerfeld] he needs to call me, it's been too long since we bro'd out.”

Later at the Met Ball: “I'm going to the Boom Boom Room for that afterparty. Hopefully this is your number? Either way, good seeing you.”

“And that's just so sad that I'm questioning the technology,” Ansari laughed to Stern.

He did manage to get one response from her: “Hey, maybe I'll see you. So weird, Karl was just saying how bummed he was to miss you.”

He was encouraged by her response, so he decided to give it another go: “I feel so bad you had to fly to North Carolina after that party. It must've been rough. Karl and I partied at Boom Boom until 7 am. Got tacos the next day after and just had a beautiful spa day. Next time we are in the same city, let's eat delicious food.”

I know you want that to be the last text, but IT WASN'T.

Then, as if it couldn't get any worse, Stern convinced him to send yet another text while he was on-air.

“Read these messages on Howard. Hope that's cool. Doubt you'll respond to this.”

Listen to him read the cringeworthy conversation himself here:

See that, you guys?! STARS GET GHOSTED, TOO.

In an April interview with Cosmopolitan, Scarlett Johansson talked about a time she fell for a guy who led her to her "breaking point." She said,

Long, long ago, I had someone in my life who was forever unavailable... but, like, so attractively unavailable. You have to get to your breaking point… rock bottom is the moment when you're like, 'I've lost myself. Why am I standing outside this bar at 1:30 in the morning texting while my friends are inside? Or taking a taxi to see him at some ungodly hour? This isn't me.' That is the moment you've gotta cut it off. Otherwise, it will keep coming back, suck your blood.

All I'm wondering is who the eff is this guy who rejected the actual SEXIEST woman on planet earth? Like, WTF was he doing that was more important than banging Scarlett Johansson at 1:30 in the morning??

Before Julianne Hough was gracing our TV screens on "Dancing With The Stars," she was an 11-year-old extra in "Harry Potter and the Sorcerer's Stone."

She admitted to Us Magazine in 2012 that she caught some ~feelings~ for Harry while on set. Turns out, the feelings were not mutual:

I was kind of in love, especially with Daniel Radcliffe. I wrote him a love note. It was Valentine's Day, and I got him the Valentino Beanie Baby. I never heard back.

You couldn't even write her a lil' note back?! C'mon, Harry.

In her now-famous appearance on "The Tonight Show With Jimmy Fallon" back in November, Nicole Kidman reminds Jimmy Fallon of the time he rejected her:

We were at David Fincher's house. I think it was David's house, and it was when Brad [Pitt] and Jen [Aniston] were still together, so it was a long time ago. And you could have asked for my number then because it was round two — well, second chance. And you still didn't ask for it. And you know that's true, so do not pretend.

This one gives me a particular sense of relief, as Fallon admits he didn't even realize he was rejecting her, saying, "We once went on a date together, and I had no idea that was true."

Maybe if I get rejected it'll just be by accident! That's way less mortifying.

Watch Kidman tell the story to Fallon below:

So, what's the overarching message here? Life goes on.

Scarlett Johansson was rejected by some either gay or idiotic man, and now she's Hollywood's highest-grossing actress of all time.

Hough was rejected by Daniel Radcliffe as a kid, and now she's America's full-grown bombshell sweetheart.

Aziz Ansari was rejected by Blake Lively, and now he's got a kick-ass acting career, a best-selling book and an Emmy under his belt.

Britney Spears got rejected by some rando she admittedly really liked, and she's still Britney, bitch.

You get the picture here.

EVERYONE gets rejected at one point or another. But the world keeps turning, and life goes on.