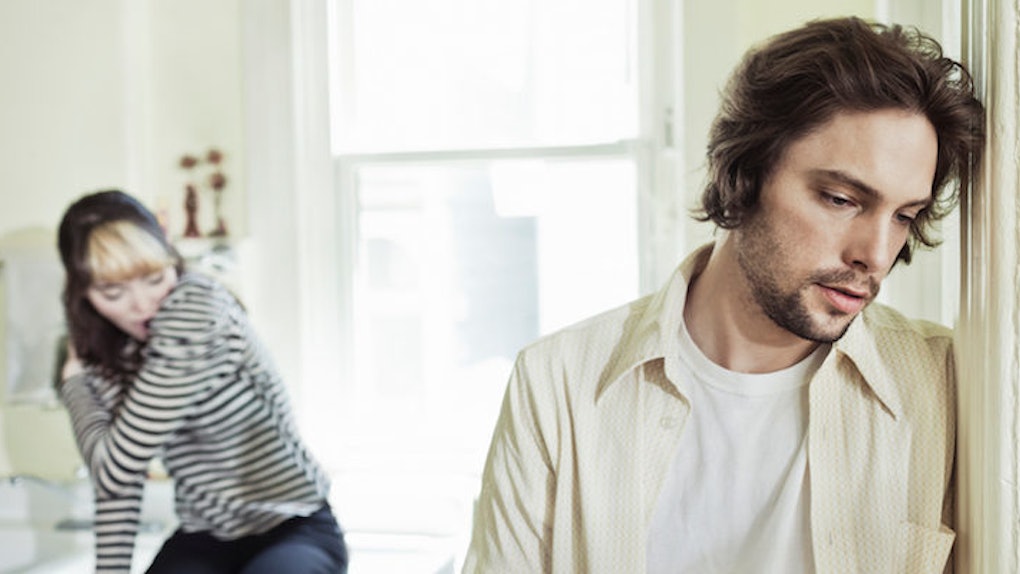 "I mean, there's no way it was ever going to work out. She's crazy. Seriously, insane."

I've lost track of the amount of times I've heard that excuse from a friend, or a boyfriend, about their ex. It's usually after a few conversations, and "getting to know you" questions, that this comes up as the go-to response for "What happened with your last serious relationship?" And there, the conversation ends.

However, life experience has taught me a few lessons in the dating world, and in this particular case, has proven to be correct every time. Here are few of these red flags to look out for:

1. There are two sides to every story.

I can assure you, from the point of view of a woman who has been referred to as "crazy", there are many things that lead to a relationship ending negatively. These things include feelings, misunderstandings, lack of communication and numerous situation.

When we don't know the whole story, it's easy to pick sides. But I know, also from personal experience, that men who refuse to see the plank in their own eye are usually the reason women become "crazy."

Maybe he has communication issues, and she wanted more attention than he was giving. Perhaps he was cheating, and she caught him. Or, maybe he needed more from her than she was able to decipher, and deeper issues surfaced as a result. Whatever the case, always be aware that you're only hearing one side.

2. It's the perfect way to quickly dismiss questions about his past.

I once had an ex's current girlfriend boldly contact me, in order to inform me that he had described me as "crazy," and she wanted to know why.

After the initial disbelief that she was reaching out to me like that, I simply responded, "If he feels the need to refer to me and our previous relationship in that way, then perhaps you should be questioning the maturity of the guy you are dating."

If the guy you're dating seems to dismiss your questions with that easy, overused label, then perhaps you need to reevaluate him. "Crazy" should not be an adequate, or acceptable, description.

When your man is quick to play the "crazy" card about his ex, it should raise warnings. Men who want to constantly blame others, and talk about the faults of their exes, are looking for your sympathy.

But, they're also setting the tone for your current relationship. They're making you feel like you have to watch your step, and like you have to work harder to be better than the ex. Many times, it's a form of emotional manipulation.

Instead, they should be able to take responsibility for their actions and treat past relationships with respect and dignity. Even if it wasn't the best scenario, when someone can give an honest assessment of their past, and take ownership for their shortcomings, it's a sign of emotional maturity.

Playing the victim, however, is always a glaring red flag with warning bells and whistles.

It's time we put effort into real-time communication, authenticity and self-evaluation, as well as partner evaluations, to see if there is compatibility beyond just physical attraction. Ignoring the warning signs only sets ourselves up for more "crazy" in the end.