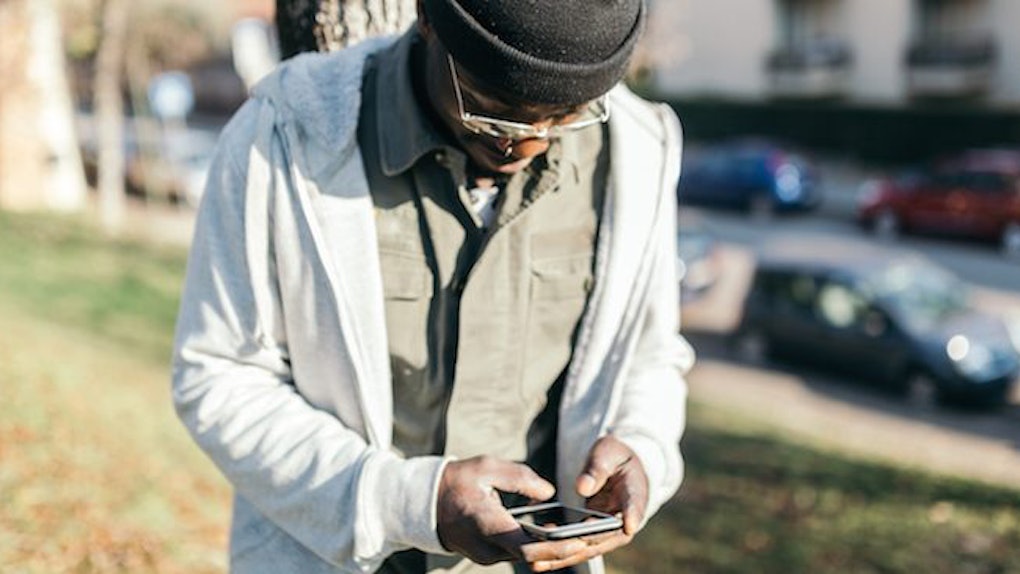 Average Guys Struggle The Most On Dating Apps, Science Says

Are you having a hard time meeting your soulmate on dating apps? Well, let me tell you who's allegedly having more trouble find love on apps: average looking dudes. A new study conducted by Aviv Goldgeier, a Junior Growth Engineer at the dating app Hinge, found that average guys struggle on dating apps more than most other guys.

If you, like me, haven't been on the dating app scene in a while. Let me give you a little refresher. Apparently, the way Hinge works is a little different from most dating apps, as it lets you like specific aspects of a person's profile.

So when looking into all the likes straight women on Hinge sent out, Goldgeier noticed that half of those likes were only going to the same 15 percent of dudes on the app. Meanwhile, when Goldgeier looked into the likes the straight men sent out, he noticed the majority of their likes were spread out across a much larger 25 percent of the female users.

Needless to say, Goldgeier's next step was to look into the reasoning behind the discrepancy in the likes sent out. He found that the inequality is a result of the person who's sending out the likes first. Apparently, men are much more likely to send out likes first than women. How much more likely, you ask? Three times, to be exact.

However, when a woman is the one sending out her likes, they are only given out to a much smaller population of men. Presumably, this is because the women are being more selective about who they send their likes to and only sending them to the most attractive men on the app.

So if you're an average dude, SORRY ABOUT IT. Turns out, the exceptionally hot dudes are scooping up all of your likes. But, hey, I bet you have a better personality!!!

Where's the silver lining here for the average guys out there? Well, Goldgeier found that likes are much more evenly distributed between men and women who are under the age of 20. So as we all get older, it should even out a little bit.

You read that, average dudes? Don't worry! The average dudes in generations after you will be doing just fine. And also, I wouldn't get too sad. You're a dude, so, like, life is generally pretty good for you anyway.