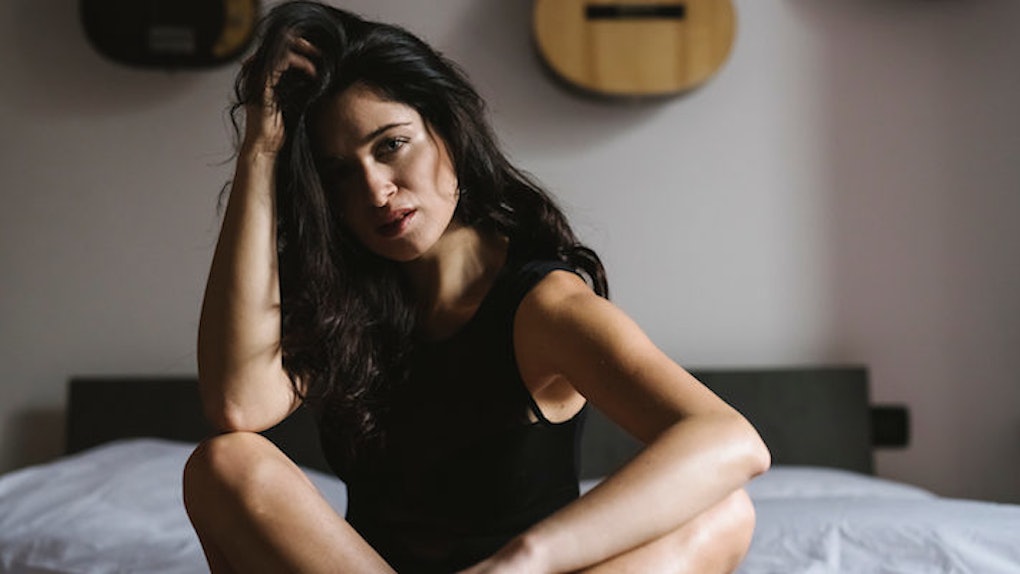 Relationships aren’t about love, they’re about f*cking… not each other, but with each other.

Getting a boyfriend is like enrolling in Jedi school for mind tricks. After months alone, you become keenly aware of your ability to twist and play with the conscious and unconscious desires of someone until he or she becomes a pool of putty in your now somewhat evil hand.

You jump into these old, deceptive tricks you forgot you had up your shallow sleeve, and suddenly you're a f*cking master at psychology and mind reading.

You've become a professional manipulator, and most of your time is spent plotting your next move rather than spending any time with your partner. You study, strategize and calculate each play until you’re basically walking on water.

It’s a wonder any of us manages to get into relationships at all. But that’s what the games are for, aren’t they? We play them to entice and lure our opponents, hoping to trick them into falling in love with us.

That’s part of the fun of getting into a relationship, isn’t it? If we were upfront with each other to begin with, what else would there be to look forward to? The beginning is about the games; the end is about the adult, grown-up parts.

We can say we don’t want to play them, but no matter who you are and what you believe, you’re doing some carefully-crafted mind sh*t comparable to witchcraft some middle states would have you arrested for.

The number one mind-f*ck in the game. Text me once, I’ll text you an hour later. Text me twice, I’ll delete your number.

Don’t ever expect a text from me first, unless I phrase it in such a way it seems like I am just using you for your Adderall connection.

But in reality, I needed to know why you haven’t texted me in the past 36 hours… not that I would respond if you did.

This is the "Let’s go to the club so I can flirt with everyone but you," mind f*ck.

It involves showing you I’m desirable whether I’m with you or not, and you better realize how lucky you are to have me because I’m going to prove to you what it’s like to be alone.

You don’t actually use dating apps, but in case he checks your phone, you'd like to make it seem like there’s some competition. If this guy wants to be with you, he'd better be willing to work for you.

I haven’t texted you in two days, but I’ll let you know I definitely still have my phone by posting pictures that show me having a great time with hot guys.

There’s nothing more tactful than a strategically-planned Instagram of you looking great, having fun and clearly not needing him. Whether or not he decides to “like” it is his move.

This one’s called the Number Game. There’s a strategic time you’re supposed to reveal your cards (or your deck), but that doesn’t always happen according to plan. If you’re hasty, you’ll jump the gun early and reveal in a semi-coy manner how many men you have, or haven’t, slept with.

You may even somehow manage to throw how big your ex-boyfriend’s package really was into the conversation. But that's expert level and many times when the kids try and jump in that round, they end up losing their whole hand.

Toward the end of the game, you can start throwing more chips in. Maybe you allude to the idea you won’t know him next month, or maybe you throw in something like “I’m planning to move to Brazil next year,” just in case your partner had any hopes of this becoming a "thing" for real.

You’re not planning on moving to Brazil or at least not if this relationship pans out, but throw something like that in the mix and he's likely to wonder if you're getting serious at all.

It set the tone for the rest of the relationship and only the strongest players get everything they want without having to utter a word.