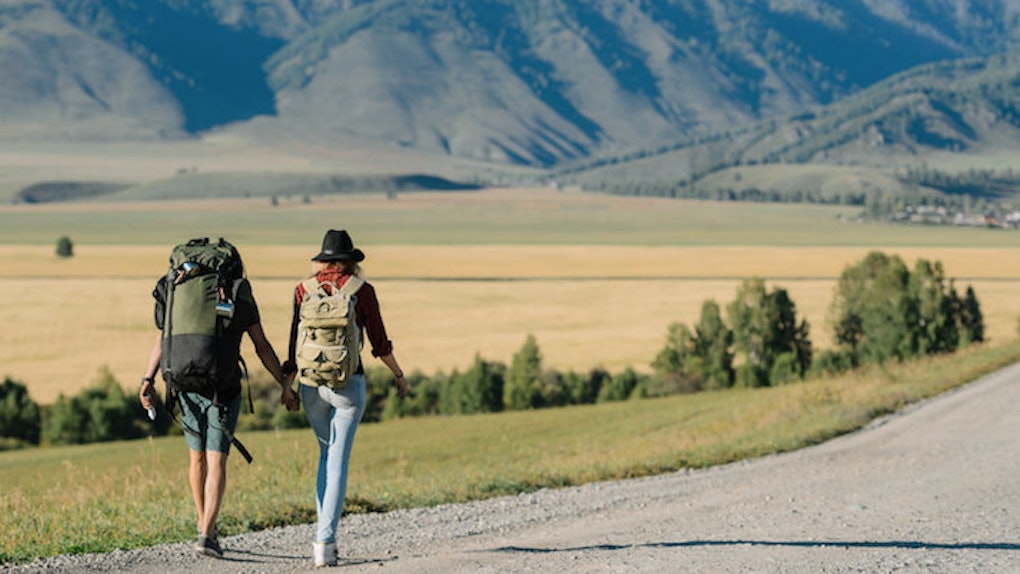 I sleep with people too early on.

What I mean to say is, I sleep with people "too early on." I'm using air quotes because that's what a friend of a guy I slept with told me was his reason for losing interest in me.

See, I wanted to date this guy, and I wasn't sure whether or not he wanted to date me, but I didn't care. I had sex with him before giving him the chance to tell me.

From that point on, our relationship (if you could call it that) would be confined to the bedroom.

I don't believe in this whole "too early" thing. I think if a guy likes you, he likes you. And when it comes to whether or not he wants to be with you, it doesn't matter how early on (or how late) you sleep with him.

But it didn't happen because I had set a precedent.

Maybe he just didn't like me, but my point is, I'd rather have spent a night with him than getting to know someone aside from between the bedsheets.

Sleeping with men before getting to know them is a habit of mine. When I go into such trysts, actually, wanting something more than sex from them is also a habit.

I know you're wondering if I slept with someone on my trip. I didn't.

Again, I know what you're thinking: But Sheena! Sleeping with someone abroad is essential to the experience! And maybe you're right.

But maybe you're also wrong.

Going abroad was good for me. It ending up fulfilling, nay, exceeding my expectations. I learned that I'm physically and emotionally way more capable than I thought I was.

It's always nice to surprise yourself with small reminders of resilience. I like surprises, but traveling taught me more than just that.

It's always nice to surprise yourself with small reminders of resilience.

On my second night on the other side of the Atlantic, I met up with a brown-haired, green-eyed guy. He was a friend of my cousin.

He was keen to show me around, and of course, I took him up on his generous offer. Brian* was kind and energetic. Oh, and smart, too. We had no shortage of authors, from emerging and Pulitzer Prize-winning ones, to talk about.

He took me to a barefoot bar (yes, it's exactly what it sounds like), and then to an orchestral performance at the Opera. From there, we crashed a birthday party and somehow wound up watching the sun set from a park bench.

It was 5 am when we said goodbye. He walked me home, and we embraced for what seemed like forever.

With my phone tucked safely away in the back pocket of my Longchamp, the entire night and my social media accounts suspended, he had my full attention.

All eyes were on him. I was completely in the moment, present as I'd ever been, soaking up every single moment with him — something I hadn't done with a guy in I can't even remember how long.

He showed me places I wouldn't otherwise have seen. You know, cool underground places you only really know if you've been living somewhere for quite some time.

In just 18 hours, we'd seen the entire city's most beautiful landscapes and most enchanting quarters. Exploring with him felt so different from what I was used to. Back home, I'd sworn off dating and reduced my interactions with men to drunken booty calls.

But Brian? I dated him as if I'd never see him again.

He and I almost met up again on my final night, but technical difficulties got in the way. See, I'd already trained it to another city and my phone died, so I couldn't tell him where I was and yada, yada, yada.

But I so badly wanted to see him. Out of all my pit stops, my night with him tied for first with my night up on this big mountain I had climbed all alone.

New York Sheena had fallen into sort of a slump. She'd stopped exploring her own city because she'd grown tired of it (or maybe tired of herself?).

And because she'd grown tired of everything, she'd also forgotten how to date the men inhabiting her great city.

Being in a new place, though, made her remember what's so special about exploring the city you live in. There's always more to explore.

The novelty of her trip also made her remember what's so special about getting to know someone the slow, steady way. The old-fashioned way. The forwards way, not the backwards way.

So, New York, I'm ready to give you and all your people an honest chance again.

I'm ready to date, regardless of the repercussions, because we'll never get where we want to be if we don't listen intently and open our hearts fully.

We'll always fall a little short if we don't believe — and I mean really believe — in what could be, no matter how many times we've been crushed like a menthol and used like an ash tray.

Live every day as if you're visiting a foreign country. Date as if you'll never see the person again.

Live every day as if you're visiting a foreign country. Date as if you'll never see the person again.