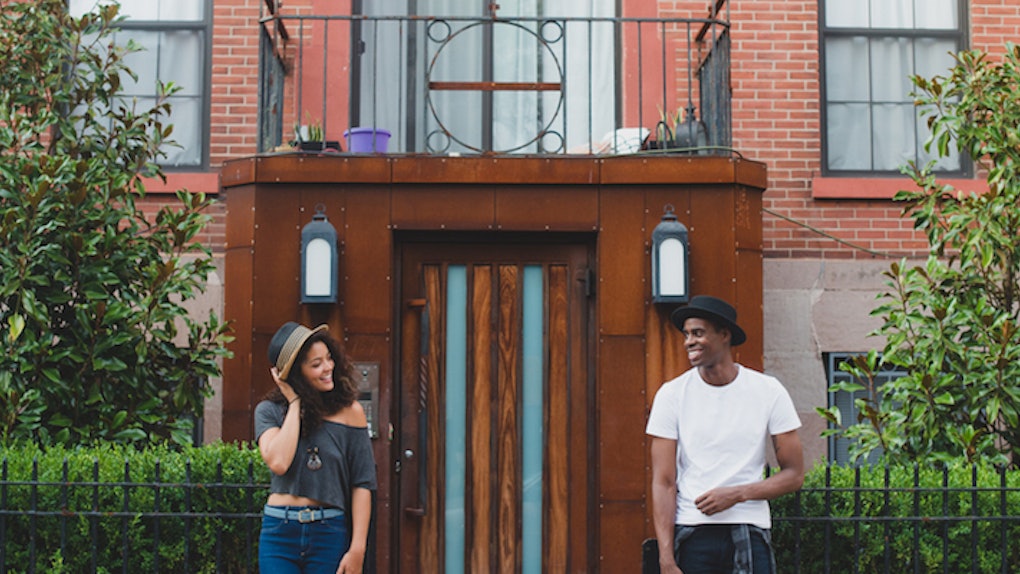 7 Ways You're Scaring Men Away Without Realizing It

Ever find yourself dating a guy and then all of a sudden, he just completely disappears?

You're left wondering what the hell went wrong, overanalyzing every message sent and every conversation had and scrolling through social media trying to figure out if there's another girl.

Well, turns out, it might have everything to do with you.

Guys are pretty simple, but they're easily frightened. We have to tread the dating waters with caution.

Here are a seven things you could be unintentionally doing that are scaring away some good guys:

1. You don't see your friends.

Guys like girls who have a social life. Having friends indicates to a guy that you have other people in your life who love spending time with you and that's alluring to a potential partner.

It also shows him that friends are important to you and that a guy isn't going to be the center of your universe. It's also a plus for you because he'll know that he has to put in more effort to get to spend some time with you.

It gives you so much more to talk about when you do actually spend time together. When girls ditch their friends to spend all their time with their guy they look clingy and we can all agree that's a turnoff.

A good rule of thumb is to not get jealous unless he gives you a reason to be jealous. Being jealous for no reason lets your deep insecurities shine through.

Guys love confident girls. Being comfortable in your own skin is key in having a real relationship.

We can text our girlfriends about something that happened at work. On the other hand, guys don't want to hear a story via text. They prefer to use texts for logistical purposes only, like where and when he's picking you up.

So, just remember this: Keep texts short, fun and flirty and avoid sending too many.

4. Not having any hobbies or interests.

Guys love a girl whose passionate and interesting. In order to have anything interesting to say we have to go out and do stuff.

It may be tempting to spend all our time with a new guy, but it's important to keep doing the things we love because they make us much more interesting and alluring.

Not only do they make us an enticing person to be with, they also makes us happier because we'll feel like our lives are much more well-rounded.

5. Talking badly about other women.

This is another way we show our deep insecurities.

If you're bringing down another girl it can give men the impression that you're a difficult person to deal with and that you don't have confidence in yourself.

While it is fine to have opinions, let's stop criticizing other girls. Remember feminism?

Let's embrace our inner Spice Girl: Spread girl power and get the guy instead of being bitchy and scaring him away.

6. Pushing for commitment early on.

It's great to always know where a potential relationship is going. Guys will quickly feel pressure to commit if you probe them too often and too early on though.

So, when is the right time to have "the talk?" Well, to be honest, there is no "right" time, it should just happen naturally.

If he likes you, he'll bring up the conversation and commit. Don't forget that you always have the option of walking away if it's not going where you'd like it to go.

Part of building a connection is being able to trust your significant other with the more private things about yourself. Although very important, let's avoid getting too deep too soon.

A healthy relationship typically starts off fun and light. Souls shouldn't really be bared until at least you've slept together. And that should happen naturally. If it becomes too intense too quickly, it's likely to end just as fast.

I've been guilty of committing all of these mistakes at one time or another.

But clearly, I've learned from my dating blunders. So heed my advice if you don't want to scare away the cute guy you met on the subway this morning.