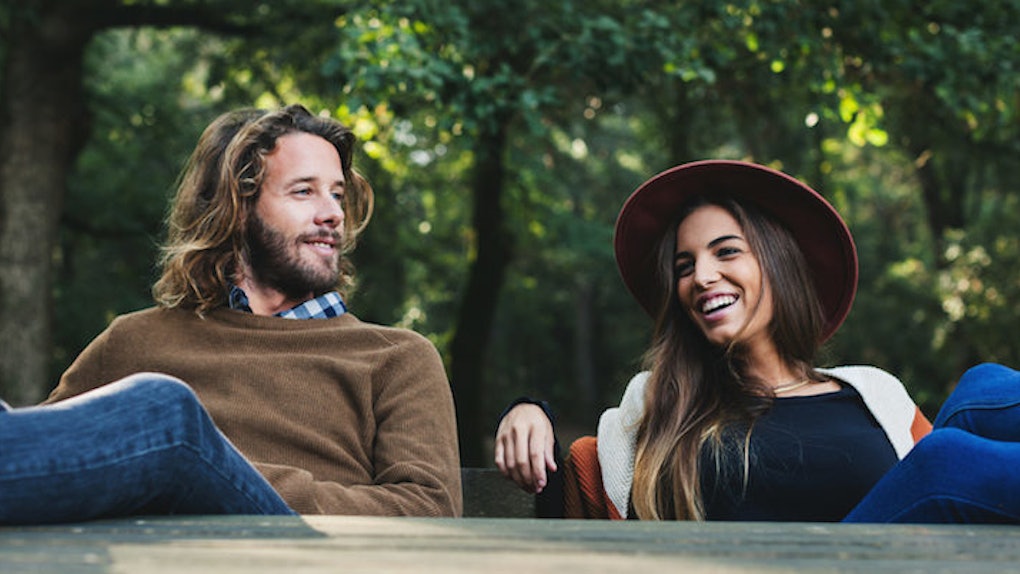 Baggage. We all have it. When we get into a relationship, we have to carry someone else’s baggage along with our own.

I dated someone I was really excited about a few years back. We had been on four dates and were on the cusp of taking things to the next level. He was putting up the façade of being truly interested.

Then, on date five, out of nowhere, the whole mood shifted. He was distracted while we were out at a restaurant and didn’t hold my hand when we walked through the park. We sat down on a bench and, suddenly, he released the Kraken of his past.

He had just been dumped one month before I met him. Not only that, but the reason for the breakup was her depression. He was still in love with her.

Here I was, planning our future dates and activities, having no clue he had a load of baggage holding him back from doing the same.

I resolved from then on not to plan my future around someone until I know his or her past.

Because the person's secret could be a deal breaker

When dating, you have to have a list of deal breakers, non-negotiables. They’re the things you know you just couldn’t deal with; the ones that will overcome the power of love.

Examples of deal breakers can be cheating, smoking, lying or things that you can’t even imagine until you uncover them.

If you don’t know the past of the person you are dating, it could lead to a truly rude awakening. What if you come to find out he or she is hiding one of your major deal breakers? It’s best to know that before you become too invested.

Because there’s a reason they are the way they are

For the first few dates and months of a new relationship, it’s natural to hide your flaws. The person you’re dating is doing the same thing.

But as a relationship progresses and you start spending more time with someone, the metaphorical veil starts getting lifted inch by inch.

Your partner’s flaws WILL start coming out. You’ll start realizing his or her ticks – what sets him or her off, what makes him or her sad. Sometimes these trying moments will seemingly come out of nowhere, and you won’t know how to deal with them.

But these moments don’t come out of nowhere. They’re the result of past experiences. Maybe it’s the end of the person's last relationship; maybe it’s the complex marriage of his or her parents – anything is fodder for emotional complications and outbursts.

The more you understand someone's past, the easier it’ll be to deal with his or her flaws.

Because that sense of mystery will get old

You can’t give it all away at the beginning of a relationship. But that mystery is only exciting to a certain point.

If you’ve been dating the same person for over six months and you haven’t learned anything new about him or her, you’re going to be annoyed.

Part of tethering your life to someone else is getting to know everything about this person. If he or she is hiding that from you, it’s only natural to see that as a red flag.

Because the past always comes back to haunt us

The past always has a way of coming back to rear its ugly head.

Exes pop up at the most inopportune times. Our parents harp on epic fights you had years ago. A scandal you were involved in gets you in trouble years later. No matter how hard you try, past events will always stick to you like glue.

Just like deal breakers, you don’t want to be surprised when these things come back to haunt your partner. You want him or her to give you a heads up.

Your partner says, “I don’t want to talk about it.” Your first thought is, “But I need to know!”

It’s a natural inclination. If someone is keeping a secret, it becomes the only thing you want to know. If you don’t have key knowledge about your significant other’s past, you’ll always wonder about it. And moving beyond that wonder isn’t easy.

Loving someone means loving every part of who he or she is. You don’t always have to LIKE what he or she is doing, or like every aspect of his or her personality, but that doesn’t mean you don’t love that person.

Your significant other had a life before you. You can’t ignore that. You can only embrace it and try to learn from his or her past to make a better future.

The past doesn’t get more complicated than the pasts of the characters in MTV’s “Finding Carter”. This season, being related doesn’t mean you’re family. Catch new episodes every Tuesday night at 10/9c on MTV.