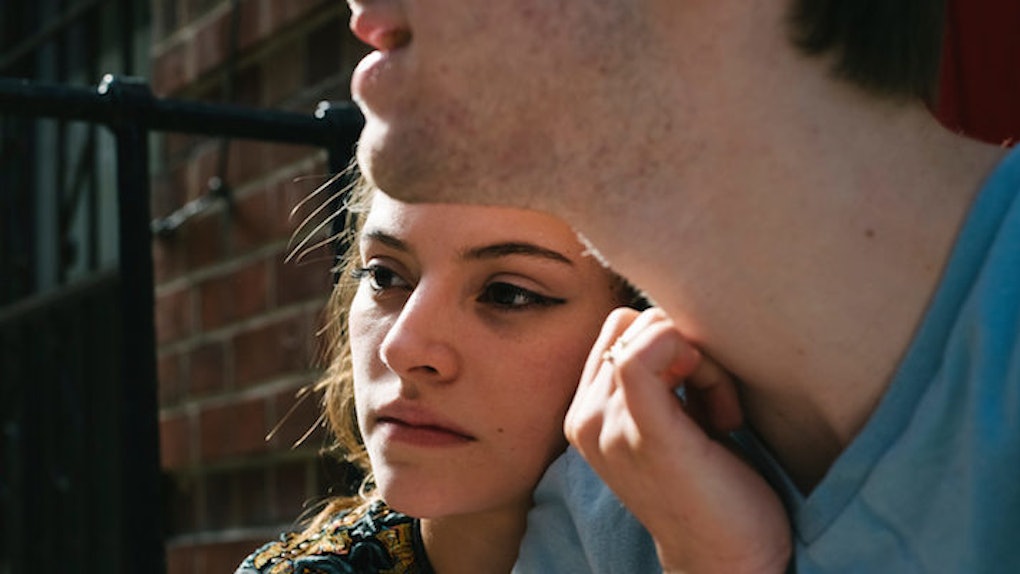 Yes, 'Gaslighting' Is Still A Thing, And Here's How You Can Stand Up To It

You've probably heard someone talk about gaslighting. The term "gaslighting" comes from a 1938 play, "Gas Light," in which the husband tries to convince his wife she is insane. The wife notices that the gaslights in the house are dimmed, but the husband says she's just seeing things.

In reality, he has been dimming the gaslights in the house in order to search for hidden jewels. The term "gaslighting" has since been used to describe a situation in which someone is trying to manipulate someone else's sense of reality. Most recently, it has been used as a way to tell a woman she's “crazy” for thinking or feeling the way she does.

You see it over and over again: A woman's concerns about things make her crazy or oversensitive. You see a boyfriend brush off his girlfriend's concerns and say she's just being jealous. But really, the girl's worries are justified. You can't tell a person he or she is crazy for feeling the way he or she does.

I once experienced being gaslighted, and it was emotionally draining. I was in a comedy group that I really cared about. We were doing really great shows, but there were definitely issues behind the scenes.

I had problems with one of the people on the team. He was a good friend when he wanted to be, but many times, he was emotionally abusive. We would have joking banters that would escalate too quickly.

He would yell at me out of nowhere. He would take really personal things I had told him and make jokes about them.

He would constantly use his aggression to try to silence me when I voiced an opinion he didn't agree with. I tried many times to bring up the issue with people on the team, but I was constantly told I was overreacting, and that our relationship was like a brother and sister thing.

But I would never want an older brother like that. I barely let my sister get away with anything close to that kind of abuse. It was hard.

I talked to another girl on the team who felt similarly, but what were we to do? We wanted to talk to the team, but it was hard having that conversation.

I was done. I wanted to leave, but we were doing so well as a team. So, I decided to stay just a little bit more. I thought I was fine.

That is, until one day, when we were emailing about a show. I got a pretty passive-aggressive response from one of the members, and I probably wouldn't have been so sensitive to it had I not already dealt with the issues with the other guy on the team.

So, I said something. I asked if the response was passive-aggressive, and was immediately met with gaslighting from the one guy on the team who was emotionally abusing me.

He tried turning the whole situation into a “Rachel is crazy and overreacts to everything” issue. I believe he was doing it because he knew I was going to bring up my issues with him, and he wanted to put a "crazy" tag on me before I could say anything.

I had had enough. I didn't want this guy's abuse anymore. He could label me "crazy" all he wanted. I was done.

I quit the team then and there. I walked away.

So many people asked me why I quit, and I'm sure I looked crazy. He did a good job of making people think I was seeing things that weren't there, but they were. They hurt.

I knew what was wrong, and I know I'm not overreacting. It's hard for a woman to come forward with regard to emotional or sexual abuse because more often than not, she is made to look like she's overreacting. Her concerns aren't treated as valid.

The problem is, it's not always black and white with these issues. Sometimes, the evidence we have to back up our stories is just that: a story. They can't be scientifically proven, but a woman's concerns should be treated fairly.

I know we're all witnessing a new age of women coming forward, which is great. I know some women in the comedy community have come together to bring light to the issues they have with certain male members. But there are so many stories still being silenced.

I have a friend currently dealing with reliving her sexual assault, as she has to repeatedly tell her story to people in power who are trying to figure out what really happened. She shouldn't have to work so hard to prove that this assault happened. Every time she tells her story, she's humiliated.

It makes you almost want to give up, given how hard you have to work to be heard. The issues Kesha is dealing with -- having to prove she was sexually abused -- are just as horrifying. Where are these men?

How hard are they working to prove they're not the crazy ones here? They don't have to work at all. We're not talking about them, but we should be.

Women shouldn't have to work so hard just to be treated like human beings. Even though it's hard to come forward and say something, and you'll probably be told you're crazy and oversensitive, please don't give up.

Come forward. Say something. There are a million other women out there ready to stand behind you.

If anything, this shows how much stronger women are. We get knocked down, and we have to fight to get back up. But the fight is getting easier when more of us are there in the ring, fighting back.