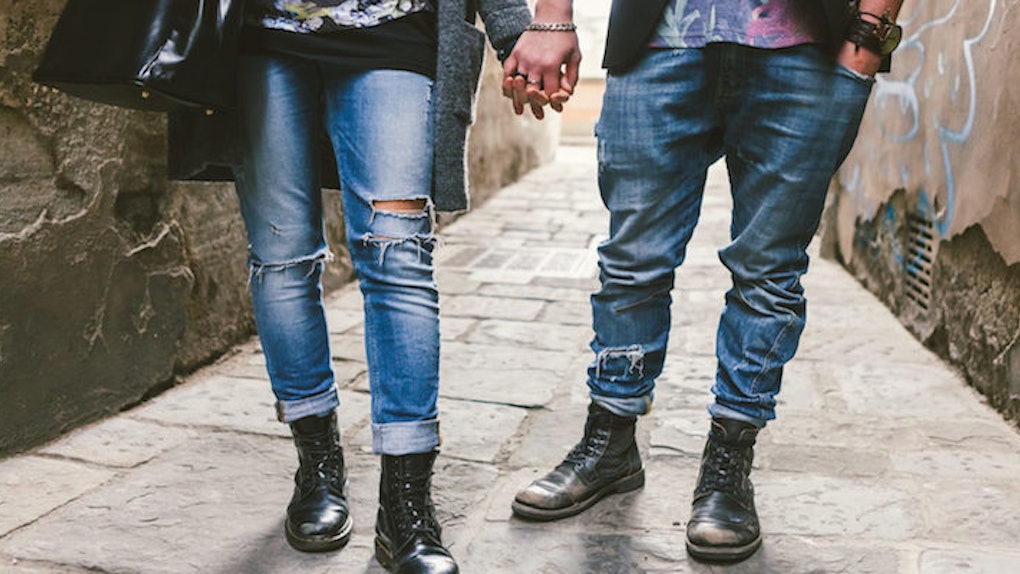 No Panties, No Problems: 11 Reasons Why Women Should Go Commando

To commando or not to commando?

That is the question Shakespeare should have asked, for it would have saved women's magazines years upon years of anguish and debate over whether or not we should suffocate our lady bits in strangling contraptions better known as "underwear" or if we should just let them be.

There are common misconceptions about going commando. Some see it as bad for your sexual health.

Some see it as an indication you're promiscuous. And others see it as a weird publicity stunt to gasp at (see: Britney Spears, circa 2010).

But, at the end of the day, going commando is not nearly as big of a deal as we all think it is, mainly because you don't really have to tell a single person you're doing it. In fact, more women should embrace it.

The number one reason you should go commando is that it's, honestly, really comfortable.

It's just you, your vagina and your pants getting to know each other better, hanging out like old friends, sipping glasses of wine.

2. There are no links between going commando and contracting infections.

It might feel like your bare vagina rubbing right up against the inside of your pants would create a perfect breeding ground for bacteria, but that idea has long been debunked.

If you have lots of itching and irritation down there, gynecologists actually recommend you skip wearing underwear.

On her blog, gynecologist "Dr. Kate" has found doing so really will decrease those feelings of discomfort. If you can't find it in you to ditch underwear during the day, try doing it at night.

Vaginas are already moist and hairy, so adding a layer of suffocation (in the form of underwear) can actually make things worse.

Dr. Alyssa Dweck, M.D., told Shape magazine if your vagina is constantly covered, more moisture collects down there, which cultivates an ideal environment for yeast growth.

And since the risk of yeast infections among humans has actually been increasing, it might be a good idea to start going commando ASAP.

We've all seen the phenomenon: A woman in tight, light-colored pants who forgets her purple granny panties are visible through her ass -- in color, shape and outline -- to the whole world.

Could someone really be that unaware? There's nothing more embarrassing than that dreaded VPL (Visible Panty Line), but when you go commando, you'll never, ever have to worry about it.

Exercise caution, though: You aren't safe from camel toes.

Ever find yourself digging out a wedgie deeper than you'd dig for gold? Going commando means never again having to sneak away from a social situation to claw around inside your butt.

If that right there isn't enough of a reason, I don't know what is.

6. When you actually need to go commando, you'll already be used to it.

In your life, you might wear something to require you to go commando, and there's no better way to prepare for that moment than going commando all the time.

Take a look at some of these celebrities whose dresses with impractical cut-outs forced them to forgo underwear for a fancy event.

For those women who'd previously been uninitiated into the commando lifestyle, I'm sure having to do so was intimidating. But for those who were used to it, it was probably just another day.

Back in high school, I wore a clingy, white, floor-length dress for senior prom that, if I wasn't 17 at the time, I probably would have gone commando in.

If you asked me to wear that same dress now, you can bet your ass I would not wear any underwear. I'd just get a really good bikini wax instead.

Sure, some girls feel sexy in a matching lace lingerie set, but what's sexier and more risqué than being fully naked under those jeans?

And that little secret you have with yourself will totally up your confidence when you talk to coworkers, professors, friends and the guy you have a crush on.

8. Your man will definitely find it sexy.

Maybe your relationship needs a little excitement in the sexual department, or, hey, maybe you and your boyfriend already f*ck like wild animals and you just want to make things even more interesting.

Let your boyfriend know you're not wearing any underwear and watch his lust for you skyrocket.

You can up the ante by whispering it in his ear in a public place where he can't do anything about it just yet, like at a party.

You will officially become the only thing on his mind all night.

9. Your pants will fit better

I can't wear full-coverage underwear with so many of my jeans; the underwear adds just enough extra thickness, making my jeans too tight.

I feel much better in my jeans when I wear a thong or, better yet, when I go commando.

If you went commando more often, you'd never have to worry about what kind of underwear you have to wear for specific pants.

And you probably could afford to buy jeans in smaller sizes, which obviously would feel awesome.

10. You'll feel random bursts of pleasure throughout the day.

Having the seam of your pants run right along your vagina can create some interesting sensations throughout the day.

This will especially happen if you're wearing jeans, where the stitching is so thick, fidgeting around in a chair can rub you the wrong -- or, ahem, right -- way to make you feel a little unexpected warmth down there.

When this happens, smile subtly to yourself and embrace it. It's a day-maker for sure.

If you've run out of clean underwear and you're too lazy to do a wash, do not even think about going back in your dirty hamper and fetching a used pair. Instead, just go commando.

There's no better time to start than right now.