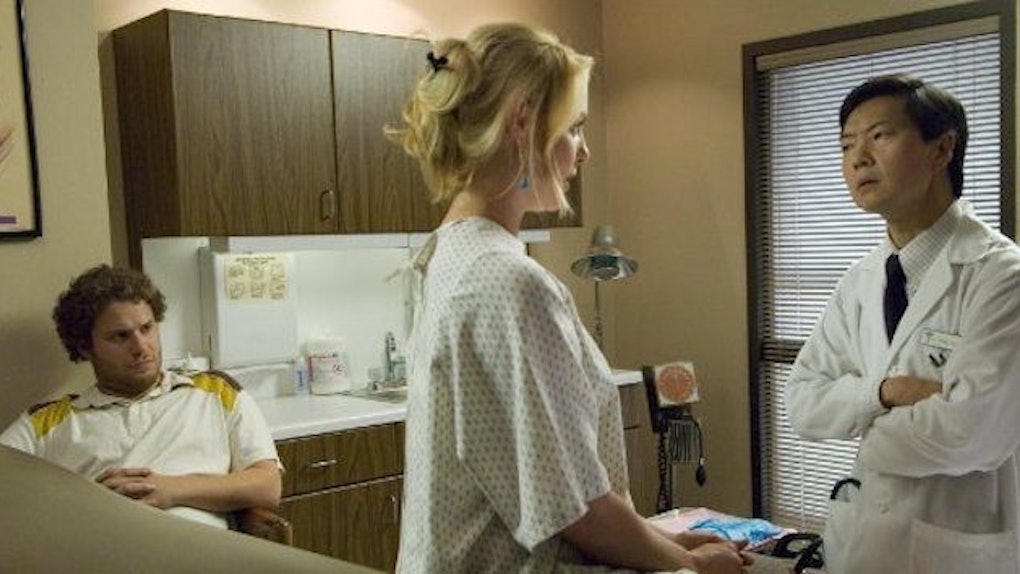 The Dreaded Visit: 5 White Lies We Tell Our Gynecologist

There’s something super weird about going to the gynecologist.

On one hand, you want to be honest and open with your healthcare provider. But on the other hand, you don’t want her to think you’re totally lame, or worse, unsafe.

There are many questions she will ask that you’ve already lied to your friends about. In fact, you've told this lie so often, it’s almost become natural to answer the same way to anyone.

So, here’s a list of the white lies we all tell our gynecologists, in order to save face:

This is usually easier than saying you've been trying to define a relationship for the past six months, but have only made things more confusing.

If you had to pick someone from your male friends as your emergency contact, he’d probably be it. That's close enough to a boyfriend, right?

You’ve seen each other naked enough times, and your friends know not to hit on him. Done Deal.

Anything more than one new partner is going to be rounded down to two. I’m not going to let you harsh my mellow because I’ve been celebrating the year of “me,” okay?

What are numbers, anyway? Do they really define you? When you say more than one, it gives you an in to get tested, while maintaining you’re not a terrible floozy.

I usually say two and then go for a high-five, which isn’t usually well received.

3. I only need birth control because I have really bad acne and periods.

Ha! Oldest trick in the book. Us girls have probably been telling this lie to midwives since the 1800s, when birth control was definitely a thing (maybe).

It’s so much easier to ask for birth control under the guise of really bad PMS, than to look a doctor in the eye and be like, “I’m not ready to bear children.”

I’m barely fit enough to be an adult, let alone a mother. There are many reasons for someone to be on birth control, other than preventing birth.

It just so happens this medicine clears up acne, prevents terrible cramping and bleeding during periods, as well as makes you temporarily unable to have kids. It really is great.

4. I’m not worried about anything, but you should just test me to be safe.

Usually, this is because of one particular person. As you utter these words to the gyno, you’re thinking of that assh*le, Steve. He seemed pretty dirty the next morning.

Damn it, Steve, you better not have given me anything. You try to push the memories of that night from your mind as you give your doctor the thumbs up, letting her know everything's okay.

This is usually the part of the exam where the doctor is utilizing the cold metal thing that looks like a shoehorn’s angry cousin. What horrors have you seen, metal shoehorn?

You want to be tough because you’re a grown woman. There are some things that are described as unpleasant, such as when you get a popcorn kernel stuck in your teeth or when you get a really bad paper cut.

Then there’s this experience, which is way worse. I won’t go into detail on this one, but you all know what I mean.

There may be some of you who don’t have to lie to your gynecologists, and are fine being upfront with them. We call those people "married women."

Good for you, guys. We single women will get there one day.

Until then, I’m sticking with the "one boyfriend" thing.