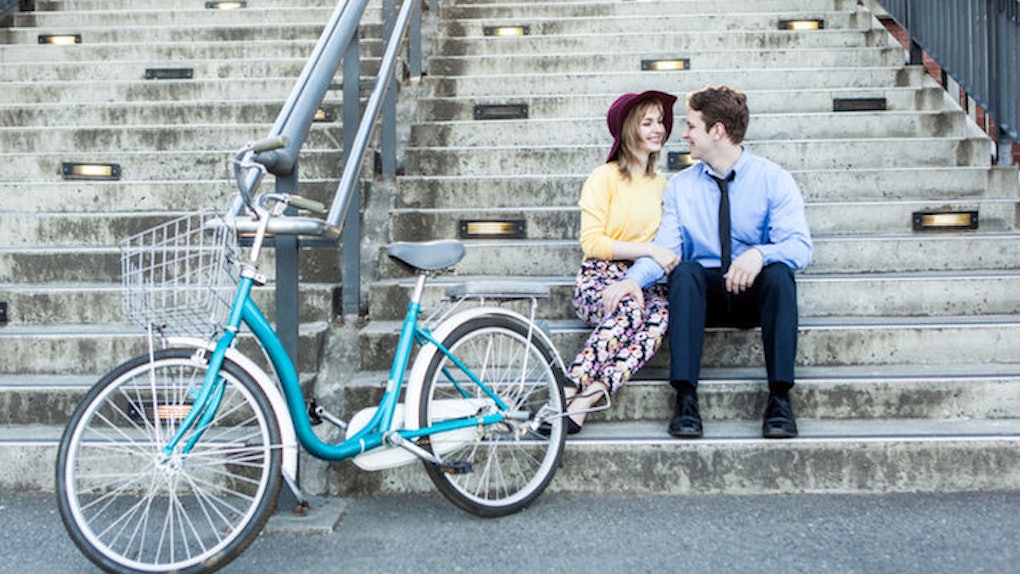 A couple of days ago, I got a text from a guy I had been talking to for a few weeks but hadn't met yet. He invited me to Boston to go whale watching.

“You want to drive up there and whale watch?” I asked, equal parts intrigued and terrified.

“Yeah! We'll have fun,” he countered. “You say you're so over just getting drinks with people, so let's do something weird."

While the logistics of driving four or more hours and spending nearly the entire day on a boat with a man I've never even met scared the ever-loving crap out of me, I was intrigued. Guys who want to do something other than dinner or drinks exist — you just have to keep an open mind.

Don't get me wrong, drinks are a fine date if you want something commitment-free. But sometimes, it's worth it to put down your wine glass and actually do something.

Here are some original date ideas to get you out of your comfort zone and help you really get to know someone.

If you love walking, head to the zoo.

Drinks might make people loose, but a walk makes them real.

Zoos also have this way of unleashing your inner child. No matter how prim and proper you are, you're going to lose you it every time you see a bear or step into a butterfly greenhouse. There's a pure joy to being surrounded by animals, and you'll get to see what that means to your date.

Plus, you'll be literally hiking up hills and finding hidden paths, which will unleash both of your adventurous sides. Better yet, if your date gets weird, you can ditch him and play with rabbits at the petting zoo instead.

If you want to test his manhood, make him get a mani-pedi with you.

Guys who know how to groom themselves are hot. Except to most guys, “grooming yourself” usually means clipping their toenails.

If he's not down to get pampered, he's probably a dick who thinks being a man means running around shirtless and hollering like Tarzan. If he is down, you just scored a free mani-pedi.

If you're a bookworm at heart, go to the library.

Or, better yet, let those musty tomes serve as an aphrodisiac and re-create that scene from 'Atonement' — preferably after-hours.

If you want to get competitive, play laser tag.

I've always said that the man who takes me to laser tag on our first date will be the man I marry.

If you're kind of a creep, stroll through a graveyard.

I'm not talking the modern cemeteries — I'm thinking about those historic graveyards with ivy-covered monuments and elaborate tombstones.

Graveyards toe the line between scary and romantic. There's something hot about being in an old, disused cemetary. Let the history and the creepy factor work their magic.