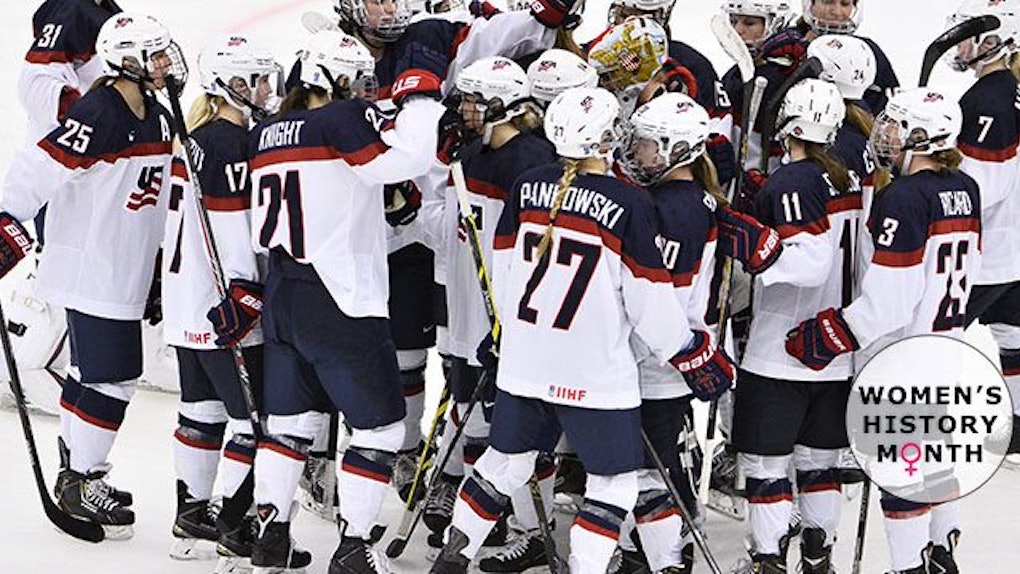 US Women's Hockey Salary Is Shocking

Apparently being the first place winner for six years in a row at the World Championships isn't enough for the US Women's Hockey team to deserve equal pay to their male counterparts.

To boycott the unfair wages, the women will sit out the 2017 World Championship tournament scheduled to begin on March 31 in Plymouth, Michigan, reports The Huffington Post.

Basically, these chicks aren't moving until USA Hockey shows them the money.

But it gets worse:

Women in hockey are not just making less than the guys; they aren't even making a living wage.

Their pay is — and please make sure you're sitting — one thousand dollars per month for a six-month Olympic training period.

Women in hockey are not just making less than the guys; they aren't even making a living wage.

We are asking for a living wage and for USA Hockey to fully support its programs for women and girls and stop treating us like an afterthought. We have represented our country with dignity and deserve to be treated with fairness and respect.

We are asking for a living wage and for USA Hockey to fully support its programs for women and girls.

Hilary Knight, a two-time Olympic silver medalist on the roster, spoke about the financial burden:

Knight recalled tearful conversations with her mom in a chat with Fox Sports. She shared,

I remember calling my mom in a grocery store parking lot and bawling crying because my funding essentially wasn't enough to live out here in Boston. My mom was like, “you know what, you're going to have to get a job,” and I was really upset about it. Here I am peaking, at the pinnacle of career and I'm going to have to get another job to train at my best?

To add more perspective to Knight's situation, Boston's cost of living has raised significantly over the years, as reported by Boston Magazine.

It is now 39.7 percent higher than the US average. Healthcare is 26 percent above average.

USA Hockey disputed the unequal pay allegations with a statement shared via Twitter.

But players aren't buying it.

Female athletes from other sports also showed support for the boycott:

Looks like USA Hockey, and really all sports organizations, have to do a LOT better than throw up increased female athlete numbers.

Unless that translates into equal pay, it's not progress. It's pacification.