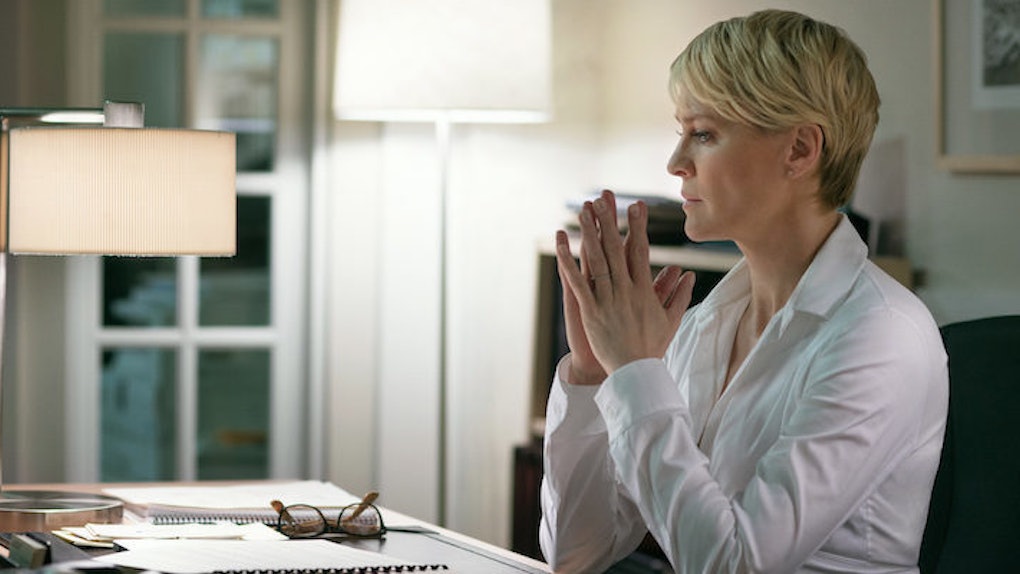 I never walk in to work each day thinking, “I’m a woman.” I walk in with the same stresses as everyone else, male or female.

I have deadlines to make, goals to achieve, strategies to execute, talent to retain and find.  I have a team that is mostly female — roughly 80 percent of us — but I never notice their gender unless I’m required to for some reason, which rarely happens.

Have there been times when I’ve been made aware of my gender at work by others in a derogatory way? Of course. We all have. Is it okay? Absolutely not.

I work in two industries, technically. I am the vice president of a human resource technology company, and I also work in the restaurant industry as a supplier of that technology.

Both industries are male-dominated, though I will say the restaurant industry has many more female leaders and continues to trend this way.

I’m sure people have formed judgments about my leadership capabilities based on my sex, though they’ve never said it to my face. I’m also sure they’ve based judgment on my age.

If someone in my field decided to call attention to these facts, I would be more worried if they were basing the judgment on me from making poor business decisions that resulted in loss, or taking risks that weren’t calculated enough and cost jobs, customers or overall success.

That's where I base my worth, not on my age or gender.

People with petty minds create sex and age judgments. And, those minds will not be successful for much longer in this world. My generation is one of sharing and partaking together.

Think of one of the largest apps and tools of our time: Facebook, Twitter, Uber, whatever. It’s all about sharing what we have and leveling the playing field.

We’re not here to stack the deck one way or another; we’re a team. At least, those who I choose to surround myself with believe that.

You may think, by the flippant tone I use while describing my feelings on sexism, I seem to be brushing it off and don't take the implications of it seriously. That's not the case; for me, it’s more about giving sexism, and those who push it out into the universe, less attention.

Attention results in power. Power is not something I will ever give those who believe being a woman is somehow less than being a man in any situation.

I am a human being, first and foremost. I am a person on this Earth who has the ability to do incredible things. We all do, whether we’re male, female, transgender, black, white or any color.

Sexism does result in real problems. And, most important for me, is the issue of equal work, equal pay and shattering the glass ceiling. Again, I look at being a woman the same as being a man.

Why should I get paid any less than a man to do the same amount of work, produce the same results and grow the company at the same rate?

Why should I be overlooked for an opportunity because, someday, I may have a child and will need time off to do what my body was naturally created to do in order to progress the human race?

While we have a lot of powerful and incredible women using their voices to talk about it, we also have a lot of women who are still quiet in the debate. Speak up. It’s time to be heard.

Do you have a beating heart? Then you have just as much purpose to be doing what you're doing as the person sitting next to you.

Being "just a woman" is not something I will ever let define me or the roles I pursue, both personally and professionally.

Is it wonderful to be a woman? Of course.

I embrace certain stereotypes in certain ways. For example, I love getting dressed up. I love makeup, doing my hair and I love to cook. But, I also know men who like a majority of those things, too. I don’t find them any less manly. We like what we like.

One thing I don’t think is gender-specific is work ethic, or career opportunity and accomplishment.

Being a woman doesn’t lessen the capacity to work any more or less, both at home and in the office. It’s just a part of who I am. If I were to describe myself, you would never hear me first say, “I am a FEMALE/WOMAN business leader.”

My description would be more along the lines of this: I am a hard worker who doesn’t stop until I hit my goals. I am a friend, sister and a daughter.

I am overly-empathetic at times. I want to change the world for the better, and I’m crazy, or maybe delusional enough to think I can. I’m proud to say I have enough passion to ignite my fantastic team to feel just as crazy as I do about changing the world around them, too.

Perhaps, I am one of the lucky ones. The CEO of our parent company is male and has made it very clear to those within my company that everyone is equal.

The CFO of our parent company is female, but her gender has never been the focus. The focus is on all she has implemented, the responsibility she takes on and the accomplishments she’s making and has already made.

I celebrate being a woman, not because it’s different or perceived as less or because it makes me stand out. I celebrate not because we were, at one time, or still are in some instances, suppressed.

The idea behind my all-inclusive nature of being a woman and not drawing attention to just that one specific trait is it’s not the only thing that defines me or you. It sure as hell won’t limit me.

I am a business leader. I am an adventurer. I am a, sometimes, slightly amazing and, sometimes, terrible cook. I am a dog rescuer. I am a lover of great food and music. Oh, and I am a woman, too.

All of that is me, and nothing is more important than the other.

We, as women, need to showcase our accomplishments, and not in a way that says, “Look at what this woman did.” It needs to be in the realm of “look at what this business person or parent or artist or creator or producer did.”

In my lifetime, I would love to see a business and personal world where gender doesn’t limit or help drive forward progress, but individual talent and passion does.

And, if you choose to define yourself by your gender, let it be because of the strength it poses, male or female, and not for the perceived weaknesses that an archaic society once placed on it. It all begins with you and what you're willing to stand for.

Are you crazy enough to think you can change the world? Join me.