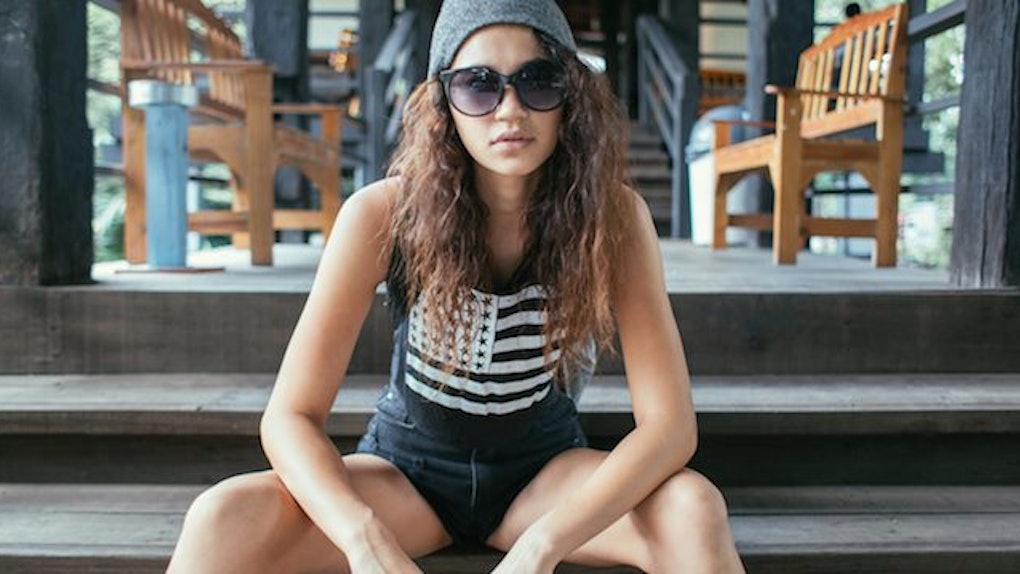 As cool and confident as we all spend hours, days, months and years of our lives trying to convince ourselves and the outside world we are, we've all had those moments.

The ones where you start to question everything. The ones where you totally lose sight of the one and only thing that makes you actually cool (self-assurance) and start frantically wondering what other people think of you and whether or not they perceive you as cool.

Well, one girl was having one of those moments. And she decided to turn to Reddit's AskMen to ask them one simple question, "What's a cool thing a girl had done that made you think 'wow this chick is cool'?"

She followed that up with, "I wanna be cool. Teach me fam."

NATURALLY, the men who spend their free time anonymously responding to insecure girls' questions in online chatrooms had all of the answers for her.

When someone asks you how your day is, answer the question!

I know what you're thinking. "But what if I really did spend all day slaving away at work then had to go home and rest on the couch because I was so exhausted?!"

OBVIOUSLY, in this case, you lie! That's what being cool's all about, homie!

Who cares if this stranger messages you a detailed account of all the dirty things he wants to do to your body?! Just shrug it off and talk about basketball like a COOL girl.

All the cool girls are doing it!

Tell your boss to F off!

So what if you lose your job?! It'll be worth it because you're COOL now!

If you don't like "The Walking Dead," you are NOT COOL. I repeat: NOT. COOL.

Forcing yourself to watch this show about dead people who walk (literally, I have no idea what it's about) is the ONLY way to be cool.

Yes, it'll be because you want to do it, but ALSO, as an added bonus, this random guy on Reddit will think you're cool!

And be really nice to him while you're doing it!

Tell a story, but make sure you tell it in a COOL way.

Don't be a silly woman boring the poor male listener with your silly, boring woman details.

Like to do things! Cause that's not something women really do!

OBVIOUSLY, this is only so that you have a good talking point when a boy asks you what you like to do.

Be indifferent! Be cold! Turn your heart to ice-cold stone!

Don't forget to make sure that your life includes stereotypically feminine things like baking cupcakes like the cute lil' girl you are!

Educate yourself! It will impress boys! There is no better reason to get an education!

Be GODLY at these two extremely specific things!

No, you can't just be "good." You must be GODLY. And it MUST be at one of these two things.

Stick up for yourself!

Stand up for yourself not because you have self-respect and want to make sure people treat you well, but because BOYS WILL ASK YOU OUT!

Don't be a robot!

But BE CAREFUL because a boy might still call you a "mistake."

OK, hopefully you got the message that these were all dumb and you're not signing up for dinosaur classes and investing in a motorcycle while you binge-watch "The Walking Dead" and curse at your boss.

I know it sucks, and it's the most boring advice of all time, but just be yourself. Do things you like to do, and don't worry about what other people think about it.

At the end of the day, yourself is the coolest thing you can be.