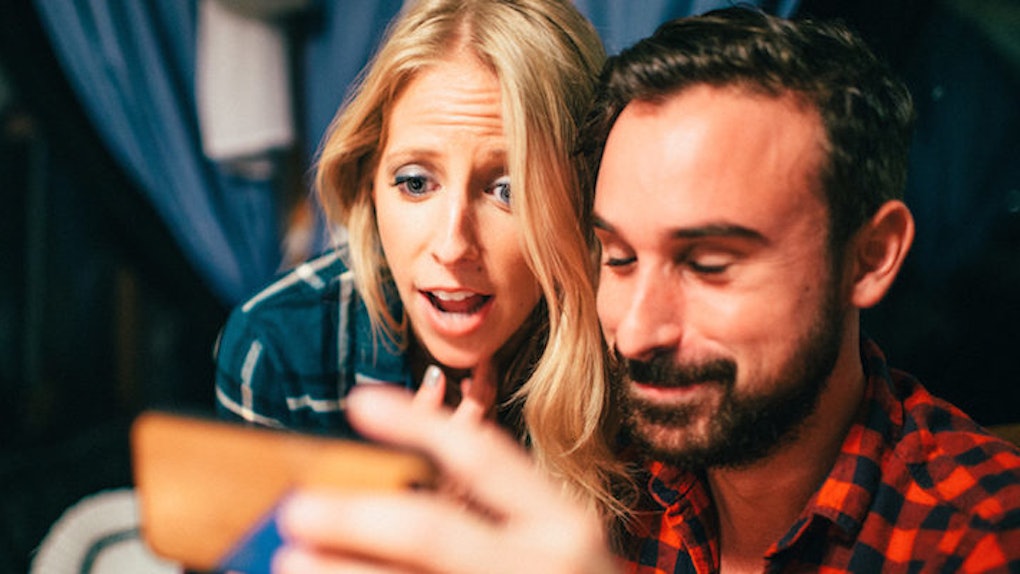 Knowing your boyfriend’s phone passcode is a great power that comes with great responsibility.

Think about it like this: Your phone is full of information you probably don’t want to share with everyone, especially your significant other.

Between messages and Snapchat, there’s a lot to be seen that isn’t meant for the eyes of your special someone.

If you’re in a serious relationship, why not? Assuming you’re not messing around on the side or trying to cover up the secret of your double life, would you feel comfortable letting your main squeeze read your texts?

In past relationships, I kept my phone on lockdown at all times. I never let a boyfriend know my passcode and I didn’t know his.

I wanted to trust the guys I dated entirely, but was almost obsessively curious about what was going on with their phones.

When you’re hanging out with your boyfriend and his phone is blowing up, it’s hard to not feel that special blend of jealousy and curiosity that usually leads to the one big relationship no-no: snooping.

My current relationship is teaching me the desire to snoop doesn’t have to exist.

He actually initiated breaking down the invisible wall of phone privacy. It started just a month in, when we took a road trip. He let me read his texts while he drove, because we’re responsible like that.

Some might argue letting your SO read your incoming texts is almost as dangerous as texting and driving. Indeed, it felt a little taboo.

I was holding in my hands something that would give me access to parts of his life I knew little about.

I really enjoyed how open he was with his phone. His incoming texts from close friends inspired him to share stories and memories with me I probably wouldn’t have known to ask about.

Letting me get a glimpse of his social life outside of our relationship ultimately brought us closer.

Initially, I felt uneasy about the idea of letting him see my texts. I told him, "If you look through my phone, it's over."

What if I received a random text from an old flame? Even if the text was out of the blue, it would seem pretty shady.

Snooping on my exes wasn't worth it, 100 percent of the time.

Even when I didn't find anything relating to our relationship, knowing that I betrayed my SO in some way never felt good.

According to one study, men are twice as likely to snoop on their partner’s phone than women. But, women are more likely to call out their partners if they caught them cheating.

Everything around the idea of going through your partner’s phone feels yucky. Sometimes you trust your boo, but you’re also just curious about who he or she is communicating with and how.

Even thinking about it can cause a feeling of guilt and an overall doubt about the relationship you’re in.

Awkward moments may come up, but I have nothing to hide.

One night, we were in my kitchen as I cooked. Wiping my hands every five seconds to check my phone was annoying, so I let him read them to me.

At that point, what I feared actually happened. I got a d*ck pic accompanied by a text from an old flame. My current boyfriend had the pleasure of viewing it first.

Completely out of the blue, there’s a f*ckboy from my past asking if I’m still seeing “that guy” and if I’m interested in hanging out while he’s in town.

It was awkward, to say the least, but I didn’t feel like I was hiding anything.

In place of all the suspicion, there’s an abundance of trust.