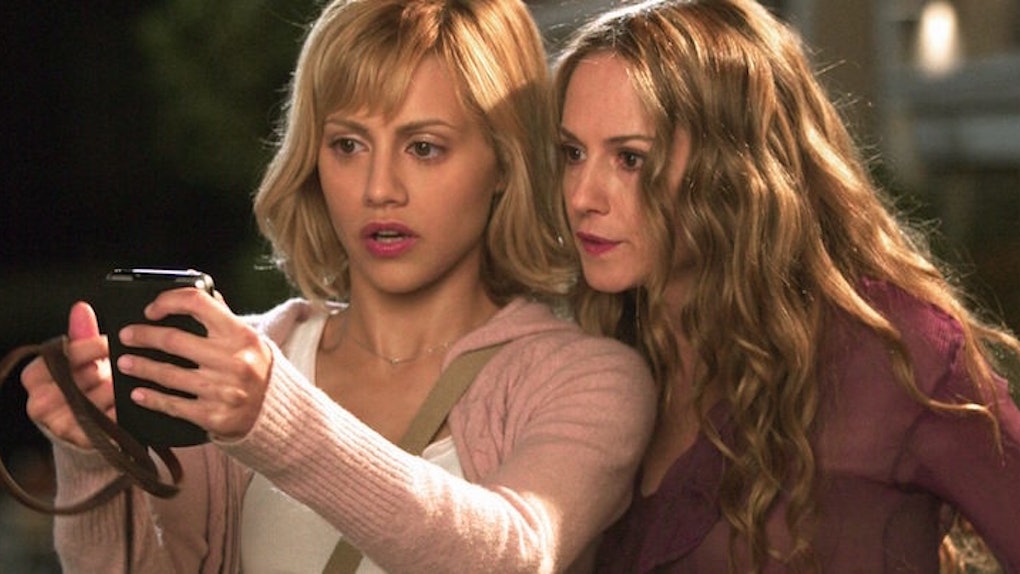 Shut It Down: Why You Should Never Snoop Through Your Partner's Phone

"Heyy stranger :)" glows dimly across my boyfriend's locked iPhone, and I raise my eyebrows at him with a smirk.

Ah, the ghosts of girlfriends past. You got to love them.

“I swear, I have no idea what she wants. It’s literally been, like, two years since we talked or something,” he says, frowning at his phone.

“It’s that weird ex radar, you know? They know when you’re happy and have forgotten about them, and so they pop up again. It’s true. I heard LC say it on an episode of 'The Hills,'” I explain, while his phone chimes with a second message.

He laughs and follows my gaze.

“Yeah, maybe," he says. "You can look through my phone, if you want. You know the passcode.”

Now, I’d rather shoot myself in the foot than be the kind of woman who has to go through her boyfriend’s phone, but I would be lying if I said my fingers didn’t twitch with a little bit of curiosity.

The rise of social media, texting and email has made us more accountable for our actions than ever before. Everything we do is tracked by a little trail of digital breadcrumbs.

It would be too easy to fall down the virtual rabbit hole and spend hours pouring through texts, reading private Facebook messages and monitoring likes and favorites on Twitter and Instagram. The new software update for the iPhone even saves deleted pictures for a month after the fact.

(If the NSA is reading this, you should hire me. I can show you the world.)

To snoop, or not too snoop? It’s a question all Millennials have asked themselves.

Aside from the obvious (that snooping through someone else’s phone is a massive invasion of privacy and trust), what good can really come from snooping? Even if you see something incriminating, how do you bring it up without making yourself look like the bad guy?

“When I was going through your phone, I saw you texted your friend a week ago, saying I was acting needy. Then you told your mom I was always getting mad at you, and you favorited Sarah’s picture. Who is Sarah?”

As ridiculous as that sounds, conversations like that happen all the time.

All aboard the crazy train! A round-trip ticket is waiting for you!

I once had a friend who would wait until her boyfriend went to sleep, just so she could read his messages with his friends to find out what he said about her. Then, when she read something negative, she tortured herself with how she could bring it up without sounding crazy. (Spoiler alert: They broke up shortly after.)

Is it better to live in ignorance and maintain some dignity, or say screw it and snoop?

And if you don’t find anything, you have still violated someone’s privacy. Clearly, you two have serious trust issues.

Perhaps this urge to snoop is caused by our inability to have open conversations anymore. Maybe we would just rather retrace our significant other's digital footprints, instead of saying, “Hey, something feels off between us. Is there something going on?”

So, if you find yourself reaching for a phone that isn’t yours to have a quick peek, I recommend you take a page from Christian Grey’s book, and stow your twitchy palm.