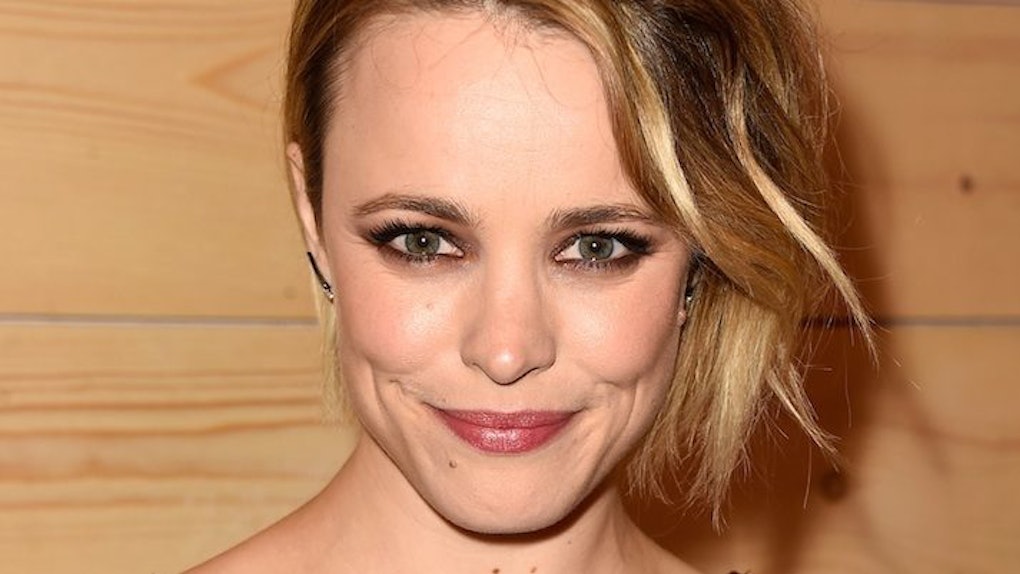 Mermaid style may be ruling the Oscars red carpet right now, but Rachel McAdams just won it. The Canadian beauty, nominated for Best Supporting Actress for her role in "Spotlight," seemed to float down the carpet in her magnificent emerald green August Getty Atelier gown.

Can we talk about that stunning plunging back and high slit for a second?

I am also loving the way the striking green emerald tone of the dress is popping against her platinum blonde hair.

Now that we've seen nearly all the nominees, I think it's safe to say McAdams has officially slayed the Oscars.