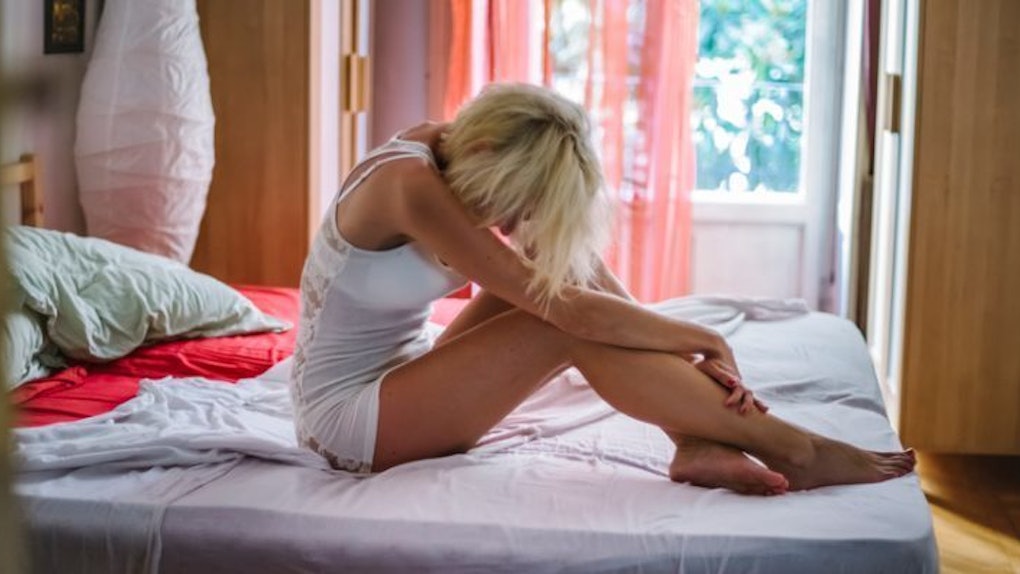 This New Discovery Could Explain Why Your Period Is So Unbearable

Fact: periods suck. They have sucked since the beginning of time and unless we put our thinking caps on and get to science-ing our way to a better period, they will continue sucking.

The one silver (uterine) lining? You know you're not alone when everything falls apart once a month. Over one-third of all women experience heavy menstrual bleeding, which means they lose more than 80 milliliters of blood during their periods. Ladies, you (and your bloody vaginas) are not alone.

It's not just fate or misaligned stars that mess with your body, though. According to the MRC Centre for Reproductive Health at the University of Edinburgh in the UK, a potentially major culprit behind your heavy flow could be a protein called HIF1.

The protein basically triggers other genes when your oxygen levels drop and helps repair your gut, which sounds important.

In the small study of eight women, the center was able to find that the women who experienced heavy bleeding had much lower levels of HIF1.

While all this sounds super science-y and weird, it's actually a huge discovery.

If more studies (or at least, larger ones) prove the importance of HIF1, pills or other medication might be introduced to help treat your heavy flow.

They can also provide a more specific alternative to just hopping on a birth control pill, which is normally prescribed for heavy bleeding. And we all know about the pill and its side effects, so a new, more targeted pill might just be the key to a less horrible time of month.

Basically, better periods are (hopefully) on the way and that's awesome. Period.