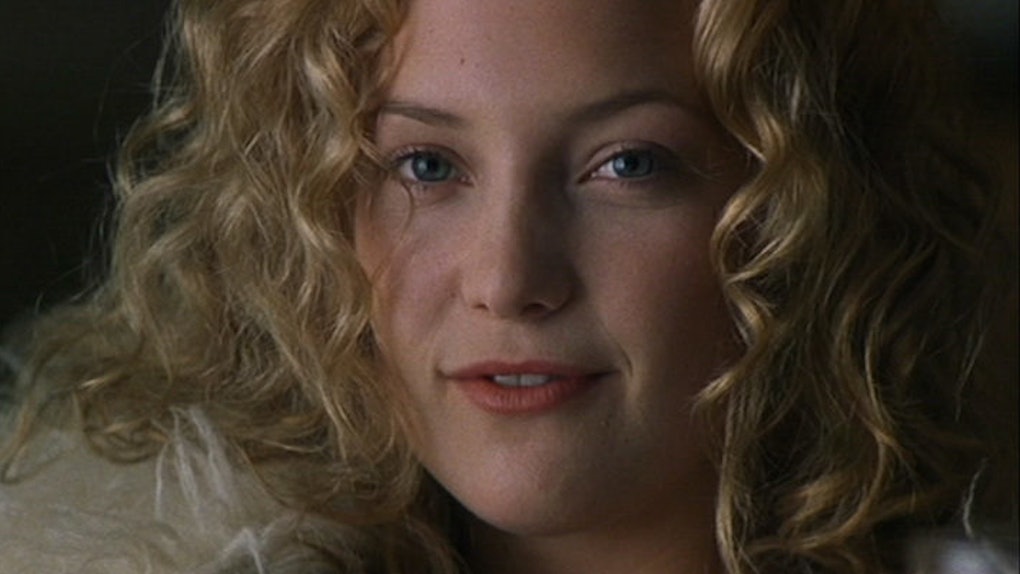 Similarly, his playful relationship with April (Isla Fisher) reminds to love with an open heart.

As the saying goes, art imitates life. There's always a movie character who can provide a pick-me-up or jolt of motivation when needed.

Whether it's friendship woes, career highs or just asking a guy out, look no further than your favorite films for some instant inspiration in the new year.

2. When you're waiting on your crush to text you back.

"Worrying is like a rocking chair. It gives you something to do but it doesn't get you anywhere."

3. When you're wondering if you should go to the gym.

-Yoda, "The Empire Strikes Back"

4. When you're being a coward about applying to grad school.

5. When you ask a guy out and get rejected.

6. When you've decided to quit your job and go backpacking.

"Not all those who wander are aimless."

7. When you're intimidated by your boss.

-Hermione Granger, "Harry Potter and The Chamber of Secrets"

9. When you're being a weirdo and people are judging you.

"What the f*ck do they know about being normal?"

10. When you're in desperate need of a vacation.

"Life moves pretty fast. If you don't stop and look around once in a while, you could miss it."

11. When your ex finally asks you for closure.

12. When you need to seize a new opportunity before it's too late.

"Life’s this game of inches."

-Tony D'Amato, "Any Given Sunday"

13. When you're afraid to go bungee jumping.

"I would rather have 30 minutes of wonderful than a lifetime of nothing special."

14. When you're overwhelmed by stress.

"All you can do in life is try to solve the problem in front of you."

15. When you're really close to giving up on your current career path.

"No matter what anybody tells you, words and ideas can change the world."

16. When you become single and prefer it that way.

"I'm just a f*cked-up girl who's lookin' for my own peace of mind."

17. When you're tired of working, but you're close to a promotion.

18. When your parents keep asking how you're going to fund your next business venture.

"Don’t let anyone ever make you feel like you don’t deserve what you want."

-Patrick Verona, "10 Things I Hate About You"

"After all, tomorrow is another day."

-Scarlett O'Hara, "Gone With The Wind"

20. When you finally take a moment to celebrate all your achievements.

21. When you realize your current squad is better than any new friends.

"Friendships never go out of style."

-Carrie Bradshaw, "Sex and the City"