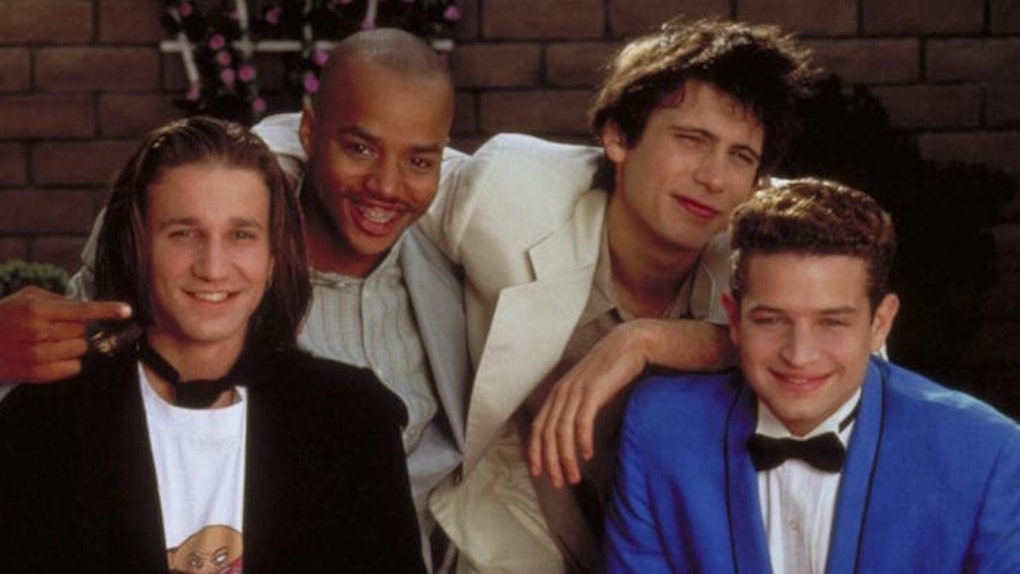 Whatever: “Clueless” is FOREVER.

Even after two decades (Clueless turns 20 on July 19), this satirically vapid snapshot of the 90s still stands as an iconic cult classic, reigning supreme on annual Best Movies Of All Time lists.

Scoff if you must, but case in point: Tai (played by the forever-epic Brittany Murphy) spent most of the movie vying for Elton’s attention, flirting with Travis or sparring with Cher over Josh.

As if you could ever forget how much this iconic film relates to your life, unlike a Pauly Shore movie, here’s what your taste in the "Clueless" boys says about the guys you date now.

At face value, the Elton guy is perfection: well-off, well-manicured and an ideal complement to your Instagram #usie.

But beyond his boyishly disarming Baldwin looks, his shallowness is so deep it may be confused for actual intellect. Unfortunately, a girl’s black book isn’t complete without a fair share of bedroom acrobatics with douchey man candy.

He’ll carry around your sanity (and possibly your virginity) in his mid-sized luxury whip and shamelessly flirt with your friends or full-on Monets.

Grows up to be: A pervy creep who may or may not be charged with sexual harassment in his old age.

You like: The artsy stoner who’s allergic to work.

Travis is the total poster boy for potential. A rebellious and adorably sweet toker, he has chronic charm that will instantly moisten Down Under of any lady who loves the herbal.

But be wary of the Travises of this world: their corporate hustle is about as ambitious as a Wet-Nap. They'll dampen your date if you're more into the Daddy Warbucks types than adrenaline-chasing dreamers.

Cuddling up with this carefree cutie means watching the sunset after his Saturday skateboard competition. Who knows? He’s probably The One.

Grows up to be: An extreme skateboarder or struggling artist who draws Marvin The Martian on LA street corners. It’s a toss up.

Pouring A-1 world news and Shakespearean references into conversations like morning coffee, this driven, college-educated hunk is the New York Times personified. Never high-brow, he's a cerebral hottie whose interests are steeped in all things humanity and, well, Marky Mark.

His beauty? He doesn't hesitate telling you that you're being a Betty or a total space cadet. (Long live Paul Rudd!)

Grows up to be: The man you choose to marry or The One Who Got Away.

Make no mistake, Murray-style dudes require some grooming. His initial unwillingness to demonstrate care with words is merely a disguise for how deeply he actually does GAF.

Without fault, his oft-jealous, argumentative actions are an indication of how hard he loves, especially when you're giving him directions or almost die on a highway.

A mama's boy and hopeless bromantic, this guy is the quintessential student of hip-hop with a knack for inappropriate misogynistic undertones. (But it's nothing a quick tongue-lashing or call to his mom can't correct.)

Grows up to be: Guy who demands dinner after work but totally buys you tampons while you're surfing a crimson wave.

Sometimes (always!) in love, we get it wrong.

Christian-like guys' classic James Dean prettiness will scream safe-to-date metrosexual. But after a few extra glances, his mysterious "cake boy" ways will prove he's as aroused by your nakedness as he is your horrid baking skills.

You didn't take an L, though.

Thankfully, he slides with ease into your third BFF slot, becoming your shopping partner and other bestie's Superman.

Grows up to be: Fabulous!