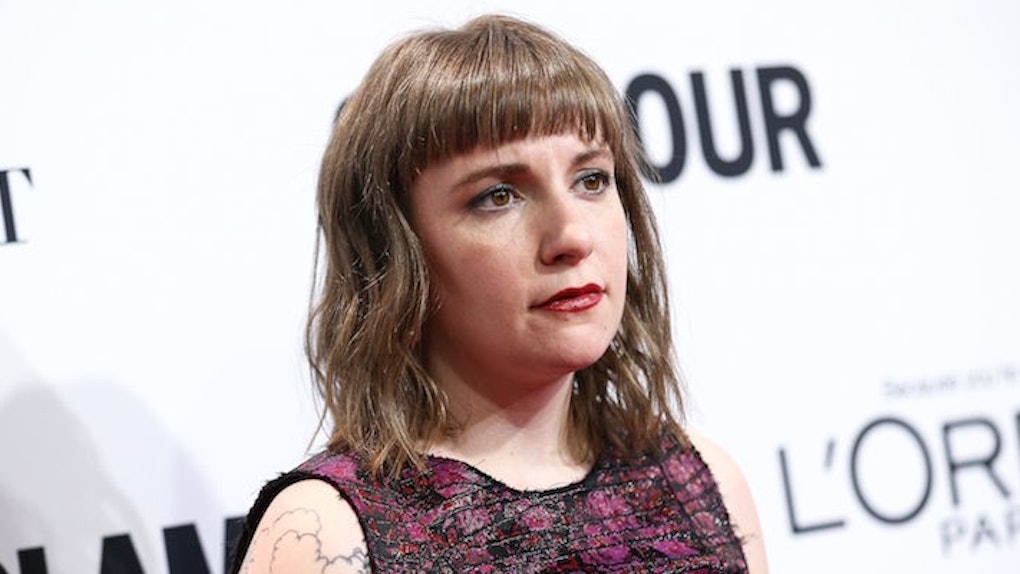 Lena Dunham Says She 'Wishes' She Had An Abortion

Ah, abortions and Lena Dunham. Does the internet hate any two things more?

Lena Dunham is receiving a lot of criticism for a statement she made about abortion on a recent episode of her podcast, "Women Of The Hour."

She says she grew up in a staunchly pro-choice household, and even though she herself has never had an abortion, she wishes she had.

Dunham's conclusion came when she realized she was internalizing a lot of the stigma around abortion and needed to get rid of it.

This moment happened during a visit to a Planned Parenthood in Texas. In season two, episode five of her podcast, she describes the experience:

One day, when I was visiting a Planned Parenthood in Texas a few years ago, a young girl walked up to me and asked me if I'd like to be a part of her project in which women share their stories of abortions. I sort of jumped. 'I haven't had an abortion,' I told her. I wanted to make it really clear to her that as much as I was going out and fighting for other women's options, I myself had never had an abortion. And I realized then that even I was carrying within myself stigma around this issue. Even I, the woman who cares as much as anybody about a woman's right to choose, felt it was important that people know I was unblemished in this department.

She concludes this story by expressing her appreciation for her brave friends and family who've had abortions "for all kinds of reasons."

And then, at the end of the segment, she says, "Now I can say that I still haven't had an abortion, but I wish I had."

Much of the criticism of Dunham's comment is stemming from the belief that getting an abortion is a heinous thing to do. Also, from the fact that people just hate Lena Dunham.

But she was saying that she wishes she's had an abortion so she could fully understand and empathize with the women she supports, not because an abortion is some "trophy or a badge of honor" for feminists, like the National Reviewer claims.

Dunham's way of expressing that sentiment was... admittedly a little bit off-color.

For some women, choosing to have an abortion is a big life decision that they certainly don't take lightly.

But for others, it's a no-brainer choice if they become pregnant at a time when they're not ready.

And according to recent research, having an abortion only increases a woman's self-esteem and life satisfaction, and decreases any instances of anxiety and depression. In fact, according to the same study, it's more damaging to a woman's mental health if she's not able to have an abortion if she wants one.

"It can still be shocking to realize that we are fighting for the same rights that our mothers, grandmothers, great-grandmothers battled to give to us, but we are," Dunham also said in the episode. "And 2017 is going to be a really complicated year for women who want control over their own bodies."

"We're going to see increasing restrictions on our rights," she added. "That's something we have to be vigilant about."