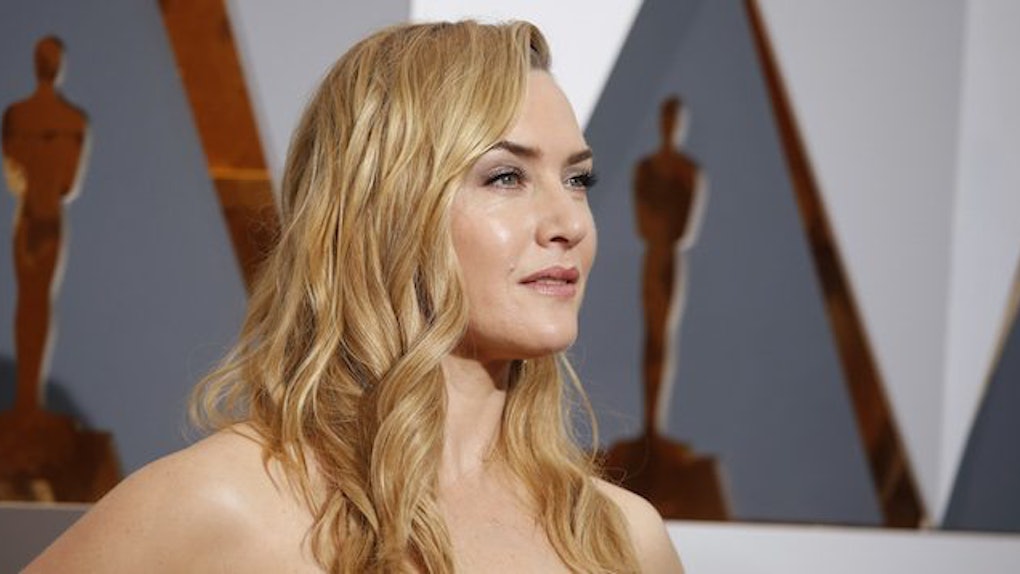 In an interview with BBC Newsbeat, the British actress claimed discussing the gender pay gap is "a bit vulgar."

Unlike Jennifer Lawrence and Patricia Arquette, who've taken public stands against the gender earnings inequities, Winslet is not up for being vocal.

I'm having such a problem with these conversations. I understand why they are coming up but maybe it's a British thing. I don't like talking about money; it's a bit vulgar isn't it?"

My, how your privilege is showing, Kate!

Though her British upbringing and personal experiences may inform this sweeping, general statement, her lack of concern for the greater female population is not girl power-approved.

Quite frankly, it's the opposite of female empowerment.

She went on to assert she's never been mistreated in the industry because of her gender, which warrants a stadium full of side-eyes.

She further explained in the BBC Newsbeat article,

If I'd ever been in that situation I would have either dealt with it or removed myself from it. I find all this quite uncomfortable. I haven't ever felt that I've really had to stick up for myself just because I'm a woman.

We love you, girl, but we hate your views.

In the context of personal profits, Winslet's right. Chatting about dollars and cents can be quite tactless.

However, being hush-hush about earnings is the reason women statistically make less money than men. In fact, 60 percent of Millenial women aren't asking for the salaries they deserve, according to Levo, an organization aimed at fighting for women's equal pay.

The gap between highest-paid actresses versus actors should be enough reason to speak out.

To assume Winslet's easy-breezy business dealings is the norm is narrow-minded. Though she claims she's never had a run-in with sexist male executives, there's a good chance she's not making as much as George Clooney.

Let's put things into perspective, shall we?

As for the everyday, full-time lady worker? She takes home about 78 cents for every dollar earned by guys, according to White House statistics.

Women will have more opportunities.

Tell that to women in science and tech.

There's no shortage of jobs, just a systematic unwillingness to pay women fairly or allow them to fill top-paying spots in male-dominated industries.

That's a drop in the progress bucket when talking about high-paying jobs.

Viola Davis made it quite clear: When discussing gender pay gap, there's another conversation at play.

Having an influential voice like Winslet and not using it to highlight the way the world views gender-biased issues is irresponsible.

A problem that doesn't affect you personally is still a problem.

Encourage other women to fight the good fight against unfair finances by discussing money at length, even if your pockets are full.