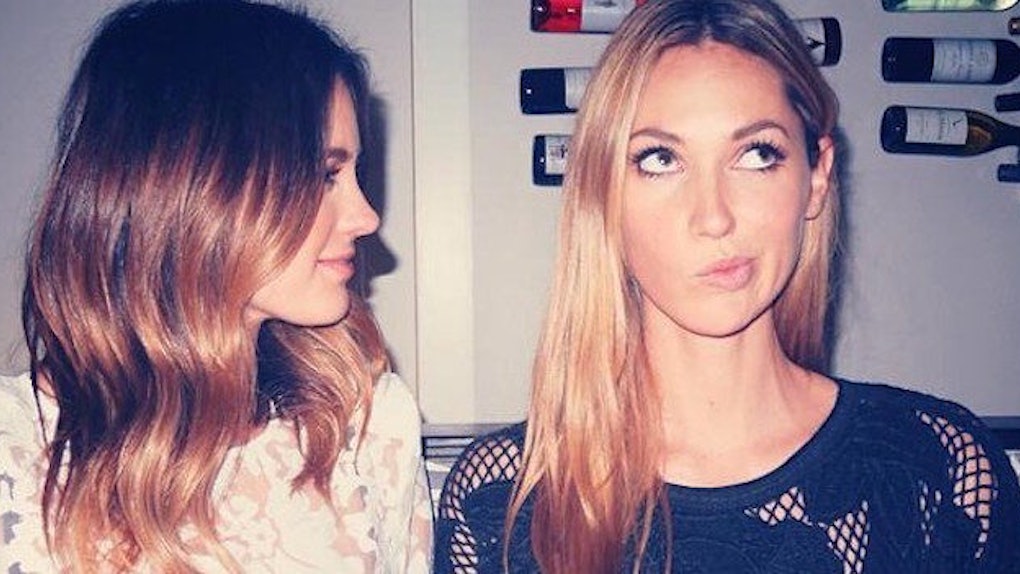 Jealousy Makes Us Human: Why It's Okay To Be 'That' Girl

The other day, I was grabbing coffee with a friend and listening to her talk about her boyfriend's flirty coworker.

The coworker had been popping up all over social media, liking pictures and commenting on statuses with winky emojis — typical red-flag behavior.

It was clear to me that all of this was bothering my friend, so I asked her if she planned to mention it to her bf.

Her response was to sigh, stir her coffee and reply, "No. I don't want to be that girl."

Of course, I immediately knew what she meant. "That" girl is someone who is nagging, overly jealous, insecure, needy, whiny and an overall pain in the ass.

No one wants to be "that" girl. "That" girl is the antithesis of the type of girlfriend we all strive to be.

It is clear that my friend was experiencing pangs of jealousy in talking about this flirty coworker.

And it was those feelings of jealousy that triggered the repulsed reaction: "I can't be that girl."

We condition ourselves to associate jealousy with something negative; it is a comment on our own confidence in our relationships.

We convince ourselves it is silly to be bothered by a flirty coworker or Instagram likes. What we "should" feel becomes what we need to feel.

In my friend's situation, she felt it would be better to suppress those pangs of jealousy than to talk through it with her significant other.

It is easy to think that the only alternative to being "that" girl is to hide our feelings and put them away in a drawer in hopes that they'll go away entirely.

We fear the idea of being "that" girl so much, we'd rather swallow our emotions and fake a smile instead.

But, what if those are not our only choices? What if there is a middle ground?

Although some might expect the opposite, confidence and jealousy can coexist. Both women and men are built of complex, interwoven emotions.

What we think is contradictory might actually simply be multi-layered.

To go one step further, it is perfectly normal to have feelings of jealousy. In this day and age of social media, jealousy can be easily ramped up.

Attempting to hide those emotions is only asking for a dam to burst later. You can't control how you feel, but what you can control is what you do about those feelings.

When we avoid talking about feelings of jealousy and suspicion, we're asking for trouble.

We end up relying on other methods of making ourselves feel better, like snooping on our partners' social media accounts for reassurance.

According to a study reported by Daily Mail, one in five men admit to checking their partners' phones.

The number is higher for women: a whopping 25 percent of the 13,000 plus people surveyed.

I spoke with Kayla*, a woman in her late 20s, who confessed to checking her boyfriend's Instagram account several times a day. When Snapchat still had the "best friends" feature, she monitored those on the reg.

"It makes me feel better," she explained with a shrug.

I asked Kayla if she ever found anything questionable, and if she ever talked about her worries with her boyfriend.

Her answer was not surprising. "Yeah I've seen some things, but I don't bring it up. I don't want him to think I'm snooping," she said matter-of-factly.

Kayla's problem is similar to my friend from the coffee shop. In her case though, she is orchestrating the very situation that is creating those jealous feelings.

She is routinely putting herself in an uncomfortable situation by "checking," but she doesn't want to talk about what she's found. To bring it up is another extension of being "that" girl.

When we picture "that" girl bringing up her jealous feelings, we imagine accusations. We picture the clichéd paranoid girlfriend screeching, "Who is she?!"

But it doesn't have to be that extreme. Relationships work best when they are built on honesty and trust, and part of that involves trusting your partner with those delicate and vulnerable emotions.

Jealousy isn't pretty, and it's not an emotion that most people are proud of. But it is human. It is normal.

If your partner is accepting of your uglier emotions, you should be able to confide in him or her when you are feeling this way.

When words are shared without anger, sarcasm or accusatory tones, an actual conversation can take place.

Moreover, try to realize "that" girl is no more than a figment of our collective imaginations. And, the best type of girl you can be is a real one who owns her emotions.