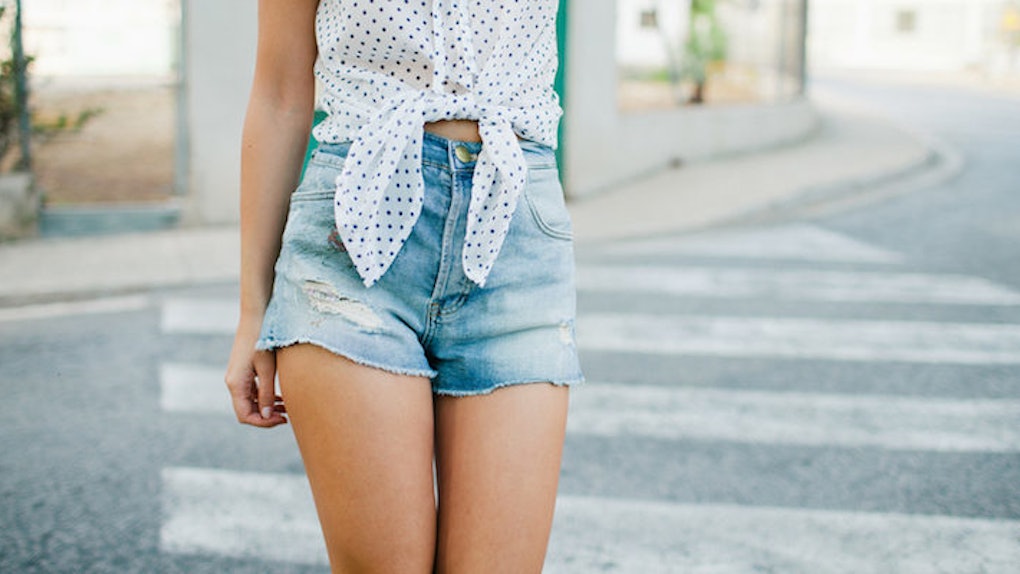 High School Girl Is Speaking Out Against 'Irrational' Dress Code

A high school student from Knoxville, Tennesee started a petition to get her school's dress code policy changed because, in her words, it's "irrationally strict."

Hollie Sikes is fed up with these rules, particularly the one pertaining to shorts length. We hear you. It's ridiculous.

In her petition, she points out her school's dress code mostly affects female students, especially because shorts for women are usually cut higher than men's shorts.

In conversations with many teachers and male students I have been told time and time again that shorts above fingertip length do not present a distraction in class, disproving the major theoretical excuse for why the fingertip rule is in use. Going off of this, are we as a county seriously willing to send a girl home and deprive her of her education simply because her shorts are 'too short'? Due to the aforementioned reasoning, you are prioritizing the sexualization of a woman's body over her right to learn and grow as a human being.

Her petition, which she put up last week, has already gained over 3,000 signatures and has received a ton of support. When she reaches her goal of 5,000 signatures, she'll present it to superintendent Buzz Thomas of the Knox County Board of Education.

Rape culture is real. instead of telling girls to cover up, maybe you should tell boys that the female body isn't a sexual object.

Sikes makes great points in her petition, like the fact longer shorts for women simply aren't in style and are hard to find.

Plus, it's absurd girls should be forced to wear jeans or long pants in the warmer months just to avoid getting in trouble.

I hope Sikes' petition gets noticed by school boards around the country. Dress codes are way more dangerous than they are helpful to the learning environment because they promote victim blaming.

Think about it. Is it really the girls' fault for "distracting" men at school by wearing shorts that go above her fingertips? Really? Ugh.

Dress codes that don't allow girls to wear spaghetti straps or skirts and shorts above a certain length force them to focus on their appearance in a way they just shouldn't have to. It teaches them from a young age it's their fault if they get unwanted attention from a guy.

So effed up if you asked me. Sikes obviously agrees.