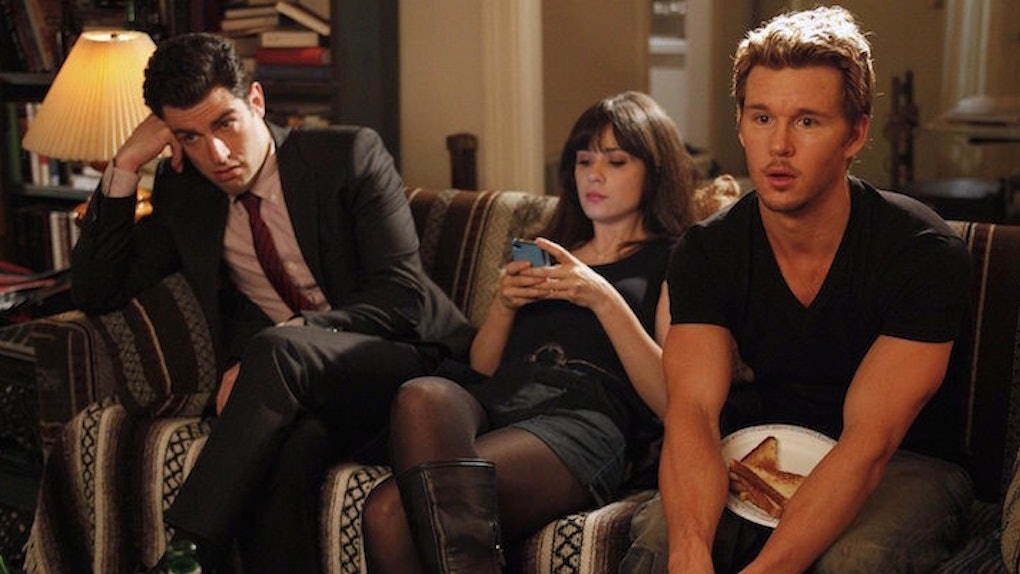 I grew up playing with Barbies and cuddling my stuffed animals. But, I also had a killer Hot Wheels racecar track and I dominated the boys in Super Smash Brothers.

Even now, at 22, I take bubble baths while sipping red wine and I buy more shoes than I know what to do with.

But, I also sling Jameson on the rocks, swear like a sailor and have come to find my place amongst an awesome group of guys.

Snow White had the right idea when she became best friends with seven dudes. Every girl should have a few guy friends, if you ask me.

But, there are people, like me, who have earned their titles as “one of the guys,” or a “bro,” as some call it.

Throughout my endeavors as a part-time bro, I’ve picked up some tips and learned a few lessons that I’ve also used as guidelines.

Though I have yet to master the ability to understand the male species and why they do what they do, here are 15 lessons that pushed me one step closer to figuring them out:

Guys speak without a filter when they’re amongst bros. Whether they’re discussing which girl they took home last night or their fantasy football teams, none of it should be repeated elsewhere.

They trust you as a bro, and gossip is not exactly part of their vocabulary.

2. If you speak up, they will listen.

Don’t be too shy to jump in on the heated debate about the football game. Throw in your two cents, despite your little knowledge of that defensive tackle and full knowledge of how great number 24’s ass looks in those pants.

They might give you a hard time for referring to a “touchdown” as a “goal,” but they will appreciate your effort, nonetheless.

When asking the bros a question, be prepared to receive a straight-up, all-bullsh*t-aside answer. They don’t beat around the bush or go into a tailspin of conflicting emotions.

If you want a response that takes your feelings into account, ask your girlfriends. Especially when it comes to whether or not you should buy that sweater.

4. A girlfriend’s response to the sweater:

"Omg, it’s way cute, but orange isn’t in season. I don’t know how I feel about the peplum trim, but it's super flattering on you. Buy it!"

5. A bro’s response to the sweater:

You’re a bridge between bro world and girl world. And, you can easily score a point for both teams as matchmaker if given the opportunity. Just keep in mind the intentions of both parties.

You don’t want a friend to get hurt when one side wanted marriage and the other side wanted a one-night stand.

7. Tough love is an understatement.

When it comes to humor, there are no boundaries, and verbal teasing can be brutal. If bro #1 doesn’t want to take that shot, bros #2 and #3 will take this opportunity to insult #1’s manhood and refer to him as a “little bitch.”

Sure, you’re a girl, but you’re on bro time now, and that means they will fire low blow insults at you, too. As a part-time bro, take the heat and learn to fire back. After all, you have to understand that none of this is meant to hurt anyone’s feelings.

It’s simply tough love, and they will grow an appreciation for a girl who can fight fire with fire without skipping a beat.

8. Not everyone accepts your role among the bros.

Be prepared for possible disapproval of a bro’s girlfriend. She might not dig your friendship with the guys and question the amount of time you spend with them. Know when to take a step back to avoid conflict in these situations.

As for you, a boyfriend may not be thrilled to learn that the “bros” you mentioned earlier aren’t what he expected: actual brothers by blood. In his eyes, it looks a little suspicious.

I’ve also noticed that introducing a new romance to your bros can be scarier than bringing him home to meet your over-protective, shotgun-bearing father.

It’s bar etiquette, I suppose, for the man to pay for the woman’s drink of choice. It’s nice, and oftentimes, your bros will gladly contribute to your consumption of well liquor and beer.

But, as a part-time bro, throw down some cash for the beer pitchers or pick up a round of Fireball shots. It won’t go unnoticed.

Whether you grew up with these bros or have been great friends for a couple years, it’s crucial to remember they are still guys. This means — spoiler alert — they have penises!

Given the opportunity to get a piece, they will most likely want to f*ck you. Just because you’re part of their posse doesn’t mean they don’t notice your cleavage in that tank top or wonder what you look like naked. Don’t be naïve.

11. Keep your bros out of the bedroom.

This guideline is vital, so heed my warning. Sleeping with a bro is uncharted territory that should remain as such. This could spark up some serious conflict amongst the group and you can bet your sweet ass, it won’t be pretty.

Don’t pull an Eve and bite into the forbidden fruit just because your fifth whiskey diet told you to do so.

Very rarely does drama ever arise within this group. If they are pissed off about something, they’ll call you out, then move on and order a round of beers.

There’s no catty, passive-aggressive behavior, and almost any disagreement can be settled with Fireball shots. What a world, right?

I know it’s hard to believe, but bros have soft spots. They get their feelings hurt, and they experience emotional pain, just like girls. If they share their feelings with you or need to vent, listen.

Then, put it in the vault. Whatever a bro shares with you, take it to the grave. Period. And, don’t whip out your Pinterest board with the cliché, “Keep your head up princess,” quotes. Or, do -- maybe they would like that. I’ll have to give it a try next time.

As males, their egos run rampant and the competition to dominate as an alpha male is constant. There will be times of conflict and possible fighting. If a brawl breaks out, step away and don’t get involved.

The drama won’t last long, and maybe, now is a good time to order a few Fireball shots in preparation to kiss and makeup.

These are your friends and family, so to speak. But, as a full-time girl, it’s okay to skip out on the bar-hopping or the blood-and-gut-infested movie that is almost sure to bring about nightmares.

Always make time for your girlfriends to go grab dinner or kick it at home with a box of wine and some "Gossip Girl." Remember, you’re a girl first and a bro second.

It’s not always easy to take on the pandemonium and continuous ball-busting outbursts that take place within a group of guys. But, I’ve realized the friendships and stories gained are sure as hell worth the possibility of getting thrown out of a bar.

So, here’s to the full-time girls and part-time bros. Own your role as that lone babe in a sea of testosterone, swigging cold PBRs. And, when the bars have closed and your feet are throbbing from those fierce, six-inch, pink heels, you can always count on one of the guys to carry you to the car.