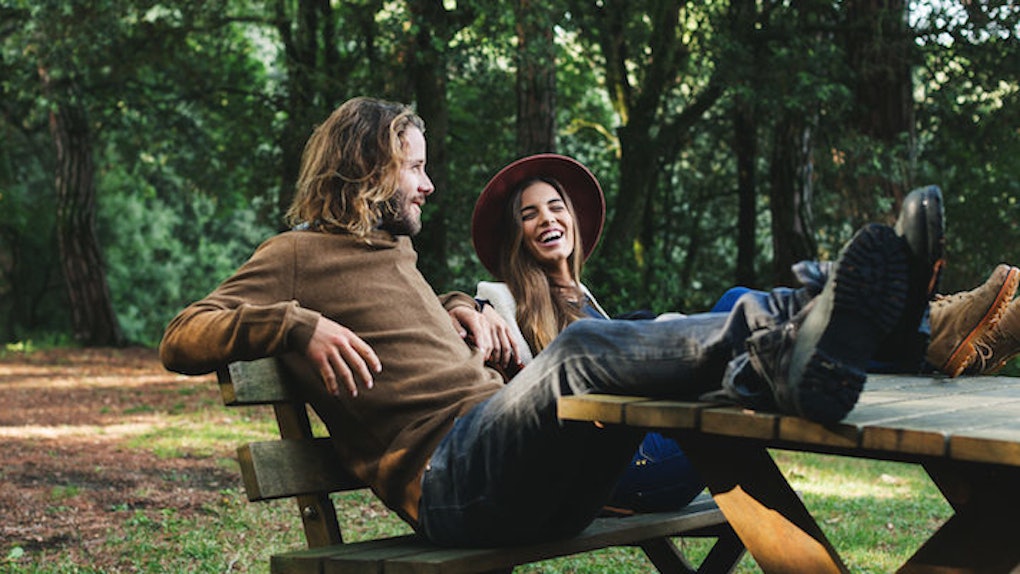 Endless Saturday brunches, romantic mid-week drinks and two birthday dinners per year will set your credit card statement back more than you ever thought possible.

Love is free, but dating -- especially long-term -- is equal the cost of putting your first hypothetical child through a four-year university.

1. Start the day with a good morning text. Your parents still pay for your cell phone, so it doesn’t cost a penny.

2. Text back and forth about the state of the world, by which I mean how much you'd like to be spooning each other.

3. Send one emoji that spirals into an all-out emoji war. It ends with you both sending kissy faces until you feel slightly nauseous from all the sweetness.

4. Plan to try cooking a breakfast frittata together like Mr. and Mrs. Martha Stewart.

5. Once he’s at your place, remember you didn’t go grocery shopping this week and, therefore, have none of the necessary ingredients.

6. Resort to eating toast, instead.

7. Blink coyly at him until he either agrees to wash the dishes or asks if you have an eye infection.

8. Make an attempt at being cultured by planning to attend an exhibit at your local art museum.

9. Realize you’ve both forgotten which ones offer free admission.

10. Decide to educate yourselves anyway, scrolling through Twitter for vague headline updates.

11. Argue about whether or not the sweatshirt you stole from his dresser six months ago is his (Spoiler alert: it is).

13. Make up and exchange kisses until your roommate makes audible retching noises.

14. Agree she has a fair point, then head out the door.

15. Notice your neighbor walking her new puppy. Collectively coo at it until she gives the pair of you strange looks.

16. Discuss a future life where you two own a luxury home, twelve Golden Retrievers and your own businesses.

17. Panic about the future of your relationship, then decide now is not the time to think about it.

18. Volunteer to walk dogs at a nearby animal shelter instead of adopting one.

19. Feel slightly less clammy and nervous about the whole thing.

20. Take a scenic stroll. Bonus points if you hold hands.

21. Pick a particularly Instagrammable view and snap a photo.

22. Immediately decide one of you is doing that weird smile and shoot it a second time.

23. Upload to Instagram, avoiding all and any couple hashtags.

24. Return to your apartment and decide to break out a board game. Board games are underrated.

26. Be reminded that one of you is insanely competitive when a simple game becomes a fight to the death over Park Place.

27. Surrender gracefully to your loss. Just kidding, get irate about the entire match and its subsequent unfairness.

28. Declare a truce and decide to watch “Star Wars."

29. Recite every single line of “The Empire Strikes Back” in sync. You unquestionably get to be Han Solo.

30. Remember exactly why you’re perfect for each other.