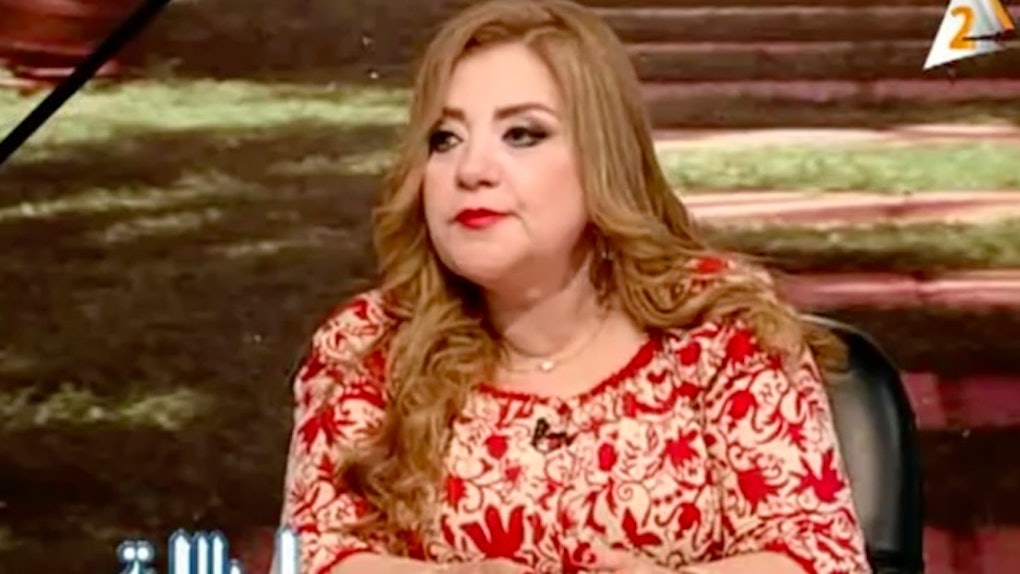 Eight female anchors have been suspended from Egypt state television because of their weight. Yes, you read that right. They have been given until mid-September to lose weight.

Safaa Hegazy, the chair of the Egyptian Radio & Television Union (ERTU), made the decision. Ironically, she's a former anchor, herself.

You'd think she'd be a little more supportive and sensitive to the pressure female Egyptian journalists are already under, but I guess that doesn't matter to her.

This decision has sparked a ton of controversy, but overall, it makes everyone look bad, including Hegazy.

One of the suspended anchors, Khadija Khattab, told Buzzfeed,

This is moral assassination. I have worked here for more than 15 years and now suddenly those who hate me are publicly defaming me and my career. I won't lose any weight. I am satisfied with how I look and if they decide to do what they say, I will take a legal path for help.

Since their jobs are under a military-dominated government, Egyptian journalists have to be careful about what they say. This demand for female anchors to lose weight comes at a time when journalists were already on thin ice.

If this happened in the US, there would probably be riots. And while many of the female anchors are upset about this decision, as expected, some journalists in Egypt actually support the decision.

Khattab also said she has not received a formal notice of this change.

Another female anchor expressed that this announcement upset their families and should not have been handled publicly.

I could only imagine how embarrassing this must be for the anchors. This decision devalues their skill as presenters and puts all the focus on their appearance. It puts an insane amount of unnecessary pressure on them.

Certain organizations and women's rights groups, such as The Women's Centre for Guidance and Legal Awareness and the Women & Memory Forum, have spoken out against this demand, but the ERTU won't alter its decision.

The anchors who are barred will still receive their normal salary and benefits throughout their suspension.

Is that supposed to make the whole situation better?

No matter the profession, visible to the public eye or not, no one should be required to change his or her appearance to avoid losing a job. They're news anchors, not models.

However, there are some in Egypt who think it's about time for female anchors to change how they look.

A journalist who works for Al-Ahram, an Egyptian daily newspaper, has expressed this change could raise poor ratings. Another journalist said she was “sickened by the disgusting and repulsive" appearance of these television anchors.

It just goes to show how different women are treated in other parts of the world. It's truly awful that another woman, who was herself an anchor, is making this unnecessary call.