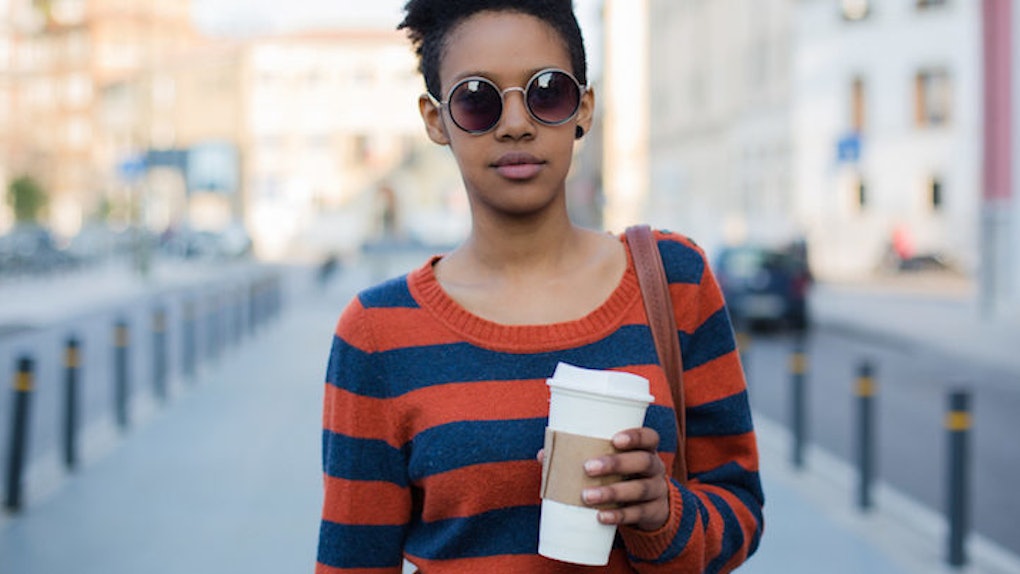 What Your Go-To Caffeine Choice Says About Your Personality

My love affair with coffee began in high school. I spent several jittery years hopped up on cappuccino, then rehabbed with Starbucks' house blends.

Since, my addictive personality needs caffeine in one form or another. For me, this chemical dependency is a good thing, as it keeps me awake in morning meetings. It also prevents me from flipping out on random annoying people on the train home.

In the past, I dabbled with different caffeine choices. Now, I stick to copious amounts of green tea to keep my habit in check. It's a dead giveaway that I'm a peace seeker who favors wellness over scarfing down Taco Bell on the reg.

Much like my zen drink, the energy-boosting beverage you choose says a lot about who you are as a person.

You're pretty even-keeled. You don't fuss over much, except when your barista accidentally swaps out soy milk for whole. You're a perfectionist, so you try to avoid risks and challenges.

That doesn't mean you're stuck up or high-maintenance. In fact, you're light-hearted and don't need a shot of expresso for a chipper mood.

However, that also means you're stressed out about 78 percent of the time. If chill pills were a thing, you'd need a refillable prescription.

You're a straight-shooter in every way. Ever the purist, you're set in your ways and can be oddly dependent. Though you're adulting pretty gracefully, you still rely on a caramel macchiato to survive the day.

You're 25 going on 15. You never quite grew out of your awkward high school phase, so growing up is not really your style. You prefer to fly by the seat of your pants. Your version of making a sound health choice is eating a side salad with your slice of pizza.

You're a trendy kind of girl. You're not necessarily gung-ho about spin classes, but you're all about keeping up with any fitness fad. Who cares if caffeinated water is not actually good for you? As long as the bottle matches your yoga pants and sneakers, you won't stop guzzling Avitae.