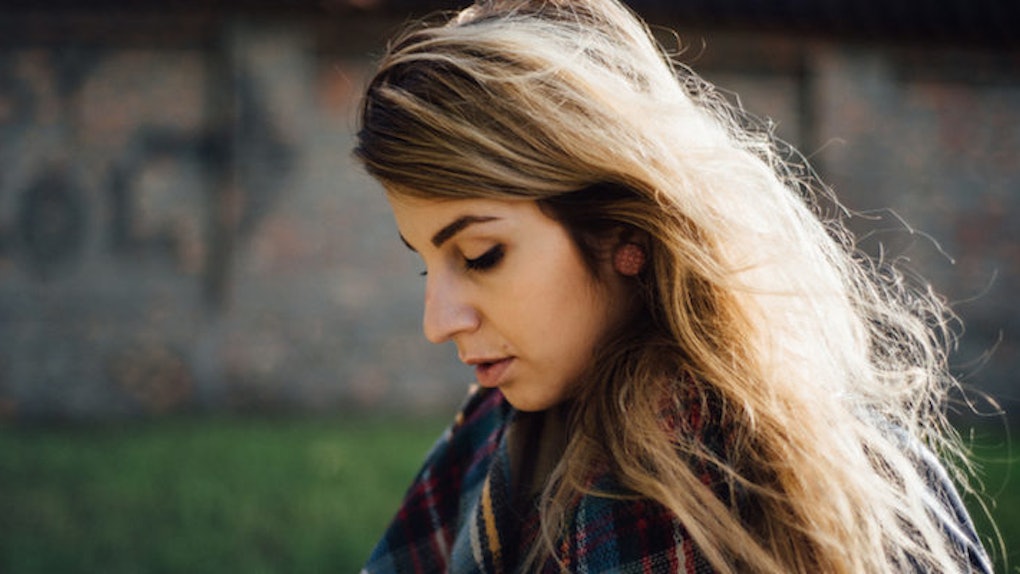 I stopped speaking to my mother when I was 16 years old.

To be fair, we were never really close, but we spent our years in complete turmoil.

I've long suspected my mother to be the victim of several mental disorders, including depression and possibly bipolar disorder.

I'm not entirely sure, though, as she would never admit to anything being wrong with her.

Instead, she blamed her problems on everyone else, especially me.

She was always right, and the rest of world could go, well, you know what I’m saying.

When my parents separated and my father moved out of our house, my mom was bitterly angry, resentful and sad.

All of it made sense, and I couldn't fault her for it.

The demise of a marriage and a household is truly tragic, and it occurs far too frequently. But, I still have a very hard time forgiving her for her subsequent actions.

She simply couldn't stay strong for me and my younger brother, who were, of course, traumatized and afraid.

Often, she would crawl into bed with me in the middle of the night, crying.

As an 11-year-old, I was forced to comfort her as she mourned her loss, when it should've been the other way around.

I came to see our short and infrequent visits with our father as an escape, a refuge from our mother’s depressed and erratic behavior.

I desperately wanted to move in with him instead.

After all, he never made me feel bad for still loving both of my parents.

If I even mentioned my dad’s name in my mom’s presence, I was reprimanded with cutting words and angry accusations.

She demanded the impossible of me: that I choose her over my other parent.

The result, of course, was me picking my dad.

When she eventually lost it and physically struck me, I felt a huge wave of relief, knowing I could finally leave.

I hated to abandon my brother, but I was drowning.

He always had a better relationship with her, anyway. He was too young to see what was happening.

I left, and what was my mom’s punishment for me choosing the wrong parent? She refused to see me or speak to me for nearly two years.

I was barely 12, going through all the trials and confusion of adolescence, and my mother abandoned me.

Only recently have I fully come to realize how deeply her actions affected and damaged me.

It's nothing short of selfish and dysfunctional to leave your child high and dry when she desperately needs you.

I'm 31, and I'm still working through my anger and fear of abandonment.

Then, after those two years, she suddenly showed up and demanded visitation with me.

Granted, my brother had still been coming to visit my dad, so she was around. But, she refused to see me or speak to me in that entire time.

She would even attend his Little League games and sit on the other side of the field, ignoring me.

By then, I was perfectly okay with it. I wanted nothing to do with her. She had hurt me too badly.

She demanded visitation, and then it began.

There were four years of custody battles, therapy sessions, decisions and reversals.

I was too young to speak up for myself on the matter, and so the courts decided I had to see her, despite her lack of desire to do so previously.

I was lucky she was only awarded visitation and not joint custody, but I still dreaded those weekends with her.

We fought tooth and nail the entire time.

I would stay up all night until I couldn't keep my eyes open a moment longer. That way, I could sleep the next day away and spend as little time with her as possible.

The visitation wasn’t enough. She couldn't force me to want to be there, and it drove her crazy.

She showed up at my high school during play practices and performances, screaming at me and embarrassing me in front of my friends.

Once, she even physically dragged me out of a fundraiser, accusing me of making her wait in the car on purpose.

Ironically, most of the instances that made her angriest were those in which my intentions were innocent.

All of the dramatic episodes of our epic relationship – or lack thereof – are too countless to mention.

But one summer, after a long stretch of visitation, my father showed up to take me and my brother with him, and she completely lost it.

She told him he wasn't taking her children, and she tried to drive him away with a knife.

I called the police.

I walked up to her after the officer interviewed me, and calmly told her I wouldn't be seeing her any longer.

It was the last time I visited her or saw her at all, except from a distance.

She has attempted to reach out to me over the past several years, but I have no desire to reconcile.

My brother also no longer speaks to her. They clashed several times recently, and he decided enough was enough.

I know she hasn't changed, and so there is nothing for me to say.

I don't know how to reason with a person who refuses to admit her flaws or apologize for her mistakes. I don't want that in my life.

After all this time, I’m finally realizing I'm not like her, and I never will be. I won’t let that happen.

I’ve been blind to the fact that despite her absence from my life, she still affects everything I do.

And now, I'm ready to stop that.