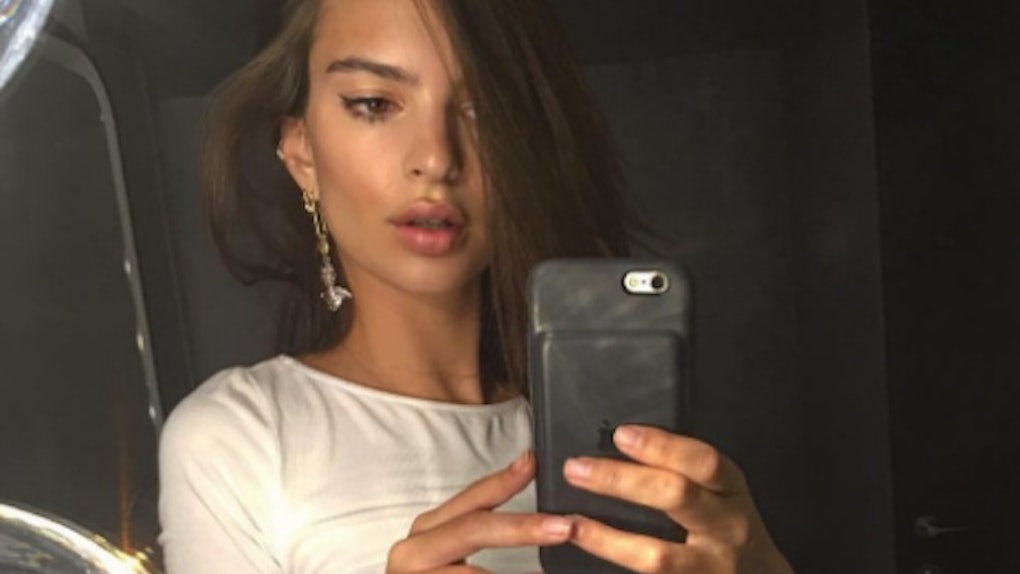 This Is The New 'Thigh Gap' And It's Even More Ridiculous

If you wanted yet another reason to hate your body, boy, do I got one.

Actually, before all that, let's talk about the Fourth of July. There are precisely four things that the most 'Merica of all holidays is known for: fireworks, flag bikinis, binge drinking and barbecuing. Emphasis on the barbecuing and drinking because this is America, and in America, we get drunk and stuff our faces with questionable meat.

Basically, by July 5, if you aren't nursing a food baby large enough to house twins in their third trimester, you are doing something terribly wrong.

But also, since this is America and we insist on ruining all good things, we have decided to mess with the most awesome of awesome things — the six pack — and obsess over a chicer, minimalistic alternative. Ladies, say "hello" to the “ab crack."

The ab crack, besides having the most unfortunate name known to man, appears to have been coined by ELLE as “a new core look," and an “irrigation ditch divide.” It's basically a crack that goes between your boobs and your bellybutton, and it's so dumb that I'm surprised Donald Trump isn't tweeting about it.

Look, I get abs. I get toned booties. I even get clavicle contouring, weirdly enough. What I don't get is that we're now supposed to be coveting a thing that literally does not appear naturally on anyone with more fat on their bodies than Emily Ratajkowski (so everyone, really).

How do you even GET an ab crack (also, seriously, can we come up with a better name for this thing because “ab crack” makes me think we should be wiping shit from it)? Do you fold yourself in half? Hollow out the space between your ribs? More importantly, can you contour your way to one?

If you're a special, magical unicorn blessed with the Panama Canal above your belly button, here are some better uses for it outside of taking selfies in various states of undress:

1. As a dipping vehicle for your fries/chicken nuggets/chips. 2. As a straw. 3. As a cheese grater. 4. As a storage unit for snacks. 5. As a way to serve hors d'oeuvres. 6. As a headphone cord untangling thing. 7. As a bottle opener. 8. As a human ice luge.

In short, if you're not using it as a way of bringing either alcohol or food closer to your mouth, you're doing America a disservice.